A short energy position was among the winners that helped propel Viking Global Equities to a 5.6 percent gain in the first half of 2015 ending July. The long / short strategy beat the S&P 500 by five times with relatively low volatility of 6.8 percent. The Viking Long Fund, by contrast, experienced volatility of 11.6 percent after generating 7.3 percent returns as of July, according to a letter to investors reviewed by ValueWalk, which was written before the August market sell-off.

Jordan Belfort, a former stockbroker, whose life is chronicled in an upcoming Martin Scorsese film entitled The Wolf of Wall Street, made “around $1 million for the movie rights... Read More 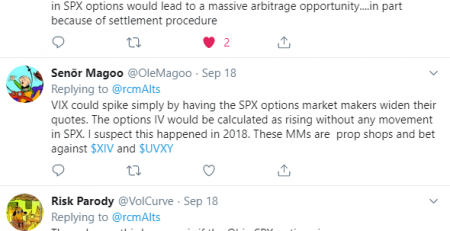 We’ve all been rather trained to be very cautious around the VIX, you know – with infographics like this one showing you’ll likely lose all your money and VIXmageddon... Read More

The recent decline in earnings growth estimates for the second quarter is in alignment with negative guidance given by companies, reports Thomson Reuters. Greg Harrison of Thomson Reuters in the earnings... Read More

Value Investing In China: Is It Worth It? Li Lu Explains

Value Investing In China When looking for attractive value investments around the world, the last place that comes to mind is China. Chinese equities are renowned around the world for,... Read More

Lucidus Capital Partners, a high-yield credit fund, has liquidated its entire portfolio and plans to return its $900 million asset under management, following a redemption request in October from... Read More

Jeff Bezos' letter to amazon shareholders for the year ended December 31, 2015. To our shareowners: This year, Amazon became the fastest company ever to reach $100 billion in annual sales.... Read More