Value, size and momentum have a long history as stock price predictors, and similar indicators have been applied to stock indices in order to predict the performance of one national index against another. Published back tests of trading systems based on these ideas have shown impressive performance, but in this paper we find that this performance does not continue past the publication dates.

We argue that selection bias at the time of publication has a part to play in the disappointing out?of?sample performance of these indicators. We show how the combination of estimation uncertainty and selective reporting can readily explain the observed deterioration in performance. Importantly, with a fuller understanding of these effects, the long?term poor performance of the indicators could have been anticipated at the time.

Efforts to find predictors for stock returns have a long history. Quantitative work on momentum goes back at least to the 1960s, with the observation that, over timescales of a few months, stocks that performed well in the past tend to also perform well in the future [1]. Later work showed some evidence for a negative effect (mean reversion) on a longer timescale [2, 3]. Valuation ratios also have a long history. The controversy over the ‘Value Line’ system in the 1960s [4, 5] is a well?known example. Fama and French recently reviewed the evidence for value, size and momentum factors across the world’s stock markets [6].

Starting in the 1990s, a series of papers were published suggesting that similar effects could be seen in national stock indices [2, 3, 7, 8]. In analogy to cross?sectional equity systems [9], countries were ranked on size, value or momentum indicators to form portfolios with long positions in the indices for the highest?ranked countries and short positions for the lowest?ranked countries. The published work showed excellent historical performance for such trading systems.

This paper reviews the performance of these cross?country equity portfolios. Nearly twenty years have passed, so we have the advantage of a large set of historical data that was not available to the authors of the listed papers. In Section 1 we replicate the published evaluations in the period before 1995, but in Section 2 we show that the performance of the trading systems on more recent data is disappointing. We believe this is because of selection bias in the published results, and in Sections 3 and 4 we show how this may have led to over?optimistic assessments of the systems. More importantly we demonstrate how this could have been avoided at the time.

The papers [2, 3, 8] use national stock market indices provided by MSCI [10] across 18 developed countries in the period 1970?1995. Table 1 lists the four indicators calculated from this data set that were used in these papers.

The momentum indicator (MOM) is the total return of an index over the last year, ignoring the return from the last month. The value indicator (V) is the book?to?market ratio of the index and size (S) is the inverse free?float market capitalization. The book value and market capitalization are each calculated for the index as a whole by summing the values for the component stocks. These three indicators are the same as those used in [8]. The mean?reversion indicator (MR) is defined in a number of different ways in [2] and [3]. We choose the fractional return between 3 years and 1 year ago so that the MR indicator is nearly independent of the MOM indicator.

Each indicator defines a distinct trading system which will be associated with a series of portfolios through time. The indicator is calculated for each country at the end of a calendar month. The countries are then ranked by the values of their indicator. Out of the 18 countries, we take a positive position in the top six countries and a negative position in the bottom six. All positions are equal in their allocation, so the portfolio is dollar neutral. The positions are held for one month.

Table 1 shows Sharpe ratios from the published sources and from our own tests over the period 1970?1995. We believe that the remaining differences between the published values and our own are due to small differences in the definition of the trading systems (for example, the way in which ties in the ranks are resolved).

All four systems have worse performance in the out?of-sample period than in the original test period. Two of the four systems lose money after 1995, and even the momentum system shows almost no profit after 2000.

According to a new report released today by the Homes for All Campaign of Right to the City, the United States is in a new phase of the housing... read more

I saw a headline last week: “More Americans Are Behind On Their Car Loans Than Ever Before” Q4 hedge fund letters, conference, scoops etc Rilsonav / Pixabay Sounds ominous. It’s even worse when... read more

James Dinan's York Capital has churned out decent returns during the first quarter of 2013 after posting less than stellar returns in Fenruary. The flagship York Capital Management and York Investment Ltd.... read more

How Google+ Can Help Your Business

Google has been the most adopted search engine around the globe. Recently, Google has transformed its search algorithm into a new interesting way, which is termed as Search plus your... read more

Asia Begins To Emerge In Growing Private Debt Industry by Preqin $6.1bn of investor capital raised in 2015, with a further $8bn currently targeted for investment in the Asian non-traditional... read more 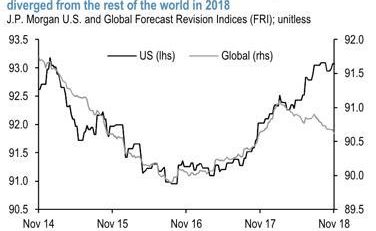 Here’s your latest Friday Macro Musings. As always, if you come across something cool during the week, shoot us an email at alex@macro-ops.com and I’ll share it with the group. Q3... read more