As the year winds down and more and more data rolls in, we are keeping a close eye on the pace of mergers and acquisitions to see if 2015 can trump 2014’s record of overall deal value. Even though the fourth quarter could still produce some surprises, it is almost certain it will eclipse $145 billion in total deal value. If it does, we will surpass the mammoth tally of $1.5 trillion recorded last year. The total value of transactions closed in 3Q was down from each of the first two quarters of the year, but even if 4Q turns in only $323 billion in total deal value—the total value recorded in 1Q 2014—2015 will have seen a truly gargantuan $1.7 trillion across closed deals alone.

What’s interesting about that figure, apart from its breathtaking size, is that it will occur even as overall activity is sliding, albeit gently. The elevated price levels that produced the tremendous swell in aggregate deal value over the past year and a half was bound to lead to diminishing activity, eventually. Volatility sparked by a series of events including, most recently, the slowdown in Chinese growth, hasn’t helped matters, although the duration of such choppiness is still a matter for debate. Accordingly, the optimism and consequently appetite of dealmakers may be whetted once more. In addition, the contribution of private equity investors to overall M&A numbers remains somewhat uncertain as well. The PE industry is experiencing the unique pressures of having more capital than ever before to dispense, along with the necessity of having to do so while measuring up to prior outperformance of public markets, even as public equities remain quite lofty. In short, even if the wave of M&A appears to be cresting, there are plenty of variables that could keep it at an elevated level or accentuate the recent slackening further.

M&A across North America and Europe has remained highly active overall, even as things have leveled off somewhat in the past few quarters. After such heightened numbers, a decline wasn’t unexpected. Last quarter generated just over $437 billion in completed M&A transaction value across 4,494 deals, a drop from the $526 billion invested across more than 5,000 closings in 1Q 2015. Median deal sizes are up across the board and valuation multiples are still elevated, propping up capital invested figures and keeping the strategic exit ramp open for financial backers looking to offload businesses amidst global growth concerns. On a QoQ basis, overall median deal size was up 25%, while PE-backed add-ons alone were up over 100% and traditional platform buyouts 9%. The median 3Q valuation-to-EBITDA multiple came in at a high 8.5x, as well, greater than any other quarter last year. As we’ve noticed a paring back in terms of deal multiples in recent quarters, transactions such as the colossal Kraft-Heinz combination or the $8.5 billion Dollar Tree-Family Dollar merger that closed in July helped skew multiples higher for the quarter, while also significantly underpinning total invested capital.

Corporate acquirers were responsible for 74% of all M&A flow last quarter, in line with the upper end of historical levels. Corporations have undoubtedly strengthened in recent years, and balance sheets have become healthier, yet generating sustained top-line revenue growth remains a challenge. As 3Q earnings results roll in, the majority of public corporations have been able to produce bottom-line earnings above analysts’ estimates, but most have not been able to do the same on the top line. Further, the low-rate environment global markets have operated in for the past seven to eight years has allowed corporates to shrink interest expenses via debt refinancings, with many also employing growing cash hoards to finance stock buyback programs to boost net income per unit, but such performance levers can only last so long. The pickup in the corporate share of M&A is indicative of a strategic appetite to use some of their excess financing resources, including cash accounts, to acquire top line growth. If there are synergies either on the sales or cost front, companies can utilize existing infrastructures to generate additional returns and productivity from their accumulated capital.

Structural economic issues have arisen in China, yet we’ve seen Chinese central bankers cut interest rates and bank reserve requirements, as well as devalue the country’s currency to help mitigate issues. In Europe, the ECB is still ready to assuage deflationary concerns and accelerate growth. While foreign economic issues could increase pricing volatility, the readiness of policymakers to act is encouraging and should help provide stability over the next couple of quarters. Activity may slide slightly further, given the current, heightened M&A environment, but PE players have the dry powder ready for opportunities as they arise, and strategics will still seek to supplement top-line growth sooner rather than later.

Close to 44% of all M&A deal value in 3Q was in deals that were $5 billion or more in size, while the total percentage of deal value in the $1 billion+ bucket was an overwhelming 76%. Only the first quarter of 2015, which was skewed by a few outliers, saw a greater proportion of overall value in deals that were $5 billion or more in size. In short, even as overall activity has declined slightly in the past few quarters, competition amongst bidders willing to pay up for growth—including big PE shops with ample reserves of capital—have kept the tallies of deal value elevated. The boom in asset prices can, in some ways, be attributed to the unprecedented accommodative policies of central banks worldwide. Yet even though debt by and large remains cheap, buyers wouldn’t be willing to pay so much if cash reserves and stock prices weren’t so ample. Although volatility has taken a toll on equities, if quality targets remain in supply, recent rallies in markets given further indications of continued loose monetary policy by central bankers around the globe should prove reassuring, while the PE industry’s store of dry powder isn’t going anywhere. When it comes to the supply of money, consequently, M&A has plenty of fuel, so it comes down to a matter of demand. Looking ahead, there still is a considerable quantity of deals in the pipeline that have yet to be closed, so higher levels of activity at considerable purchase prices should lead to this year closing off with an overwhelmingly predominant share of deals in the upper size ranges of the market. 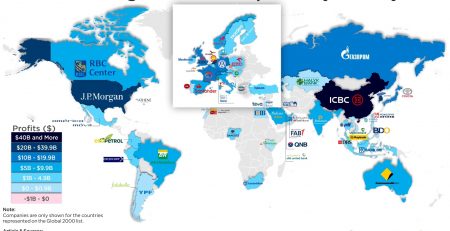 Recent IPOs filed by Silicon Valley firms like Uber, Lyft, and Beyond Meat have garnered significant media attention in recent weeks. While the American news cycle has covered a... Read More

Aswath Damodaran: Estimating The Cost Of Capital For A Firm, Division Or Project

In this session, I focus on the mechanics of estimating cost of capital using Aitkin Spence, a Sri Lankan hotel company, as my example. In the process, I look... Read More 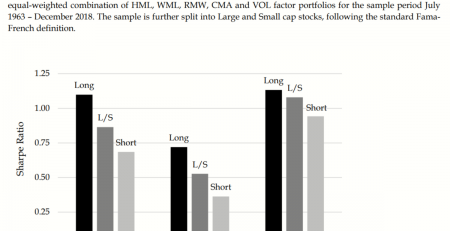 When Equity Factors Drop Their Shorts David Blitz, Guido Baltussen, and Pim van Vliet Working Paper A version of this paper can be found here Want to read our summaries... Read More

A Peruvian judge who sat on the country’s highest constitutional court said in a criminal complaint that his signature on a key bond default ruling was altered, the Financial... Read More