[From The Archives] Glenn Greenberg 1987 Interview With Barron's – ValueWalk Premium

[From The Archives] Glenn Greenberg 1987 Interview With Barron's

Glenn Greenberg is possibly one of the most underappreciated value investors of the last century. Despite being relatively unknown outside value circles, his performance record was better than that of Warren Buffett for more than two decades.

Greenberg and his partner, John Shapiro founded Chieftain Capital Management during 1984. From 1984 through 2000, Chieftain achieved a compounded annual growth rate of 25% on its investments before fees. The S&P 500 produced a return of 16% over the same period. Annual returns through 2010 were 18%, after which . . . 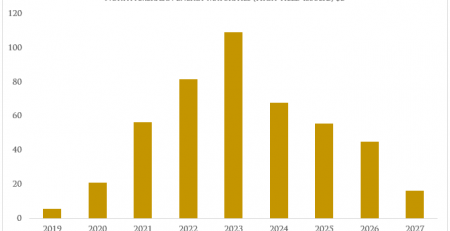 Apple To Beat Guidance On Earnings

The world is holding its breath in anticipation of Apple Inc. (NASDAQ:AAPL) earnings figures. Those number are due to be released tomorrow but analysts are weighing in with the... Read More

The Biggest Problem With Corporate Governance Is Hiding In Plain Sight

The Biggest Problem With Corporate Governance Is Hiding In Plain Sight by Andrew Hunt Corporate governance is a topic that has been moving rapidly up the agenda. From environmental records... Read More

James Montier: Who Is Cooking The Books – The C-Score

James Montier: Who Is Cooking The Books - The C-Score via Value Investing Insight In good times, few focus on such ‘mundane’ issues as earnings quality and footnotes. However, this... Read More

In his latest letter to investors, Mohnish Pabrai warned about the perils of buying stocks at high prices. He explained that it's possible to overpay for even the market's... Read More

Mutual Funds Have Brutal 2015 After Missing Out On FANG Craze

Only 27% of large-cap core mutual funds have outperformed the S&P 500 year-to-date, according to Goldman Sachs' analysis of 708 mutual funds with $1.2 trillion of assets under management, as... Read More

Is Lebanon Headed For A Second Civil War?

Perhaps the passive-aggressive approach to the Middle-East crisis is for the Saudis to first strike at Lebanon, considered a satellite state of Iran, rather than drop the gloves with... Read More

LightSquared Debt: Could Get Ugly Between Ergen, Flacone

LightSquared Inc. filed for bankruptcy in 2012, saying it will seek to resolve the concerns of U.S. regulators who thwarted the company’s plan to deliver high-speed wireless to as... Read More