From an email which Whitney Tilson sent to investors.

Kudos to Gabriel Grego of Quintessential Capital Management in NYC (who spoke at the Value Investing Seminar in Italy in July and pitched AAC as a short, which promptly plunged) for his extraordinary, in-depth report (attached) last week, exposing Globo (listed on the London Stock Exchange) as a total fraud. After the company initially said that it “completely refutes all allegations made in this report” (see FT article below), here’s the news today:

Chief executive sold almost two-thirds of his shares just days before report from US hedge fund alleged massive overstatement of revenues and profit.

The future of Globo was thrown into doubt today as the mobile app developer revealed its chief executive had confirmed allegations that data and finances had been falsified.

It was also revealed today that Costis Papadimitrakopoulos, the group’s chief executive, had also sold almost two-thirds of his holding or more than 42mln shares in the days before the report was published.

Shares in the AIM-listed group were suspended on Friday after a US hedge fund, Quintessential Capital Management, published a report claiming the group had massively overstated its revenue and profit.

In a statement today, Globo said Costis Papadimitrakopoulos, its chief executive, had brought “certain matters regarding the falsification of data and the misrepresentation of the company’s financial situation” to the board’s attention at an emergency meeting on Saturday to discuss the allegations.

Papadimitrakopoulos offered to resign alongside Dimitris Gryparis, chief financial officer, and both have now stepped down, while chief operating officer Gerasimos (Makis) Bonanos has been suspended with immediate effect.

A new committee of non-executive board members has been set up to find out what has been going on.

“The committee has initiated discussions with appropriate advisers in relation to the next steps and to ascertain the true financial position of the company.

The share sale revelation was in a separate stock market statement, which also indicated that Papadimitrakopoulos had pledged 10mln Globo shares under a personal loan agreement with a company called Lantau Holdings.

No details on the exact date price of the share sales were released today other than it was before 22 October. Papadimitrakopoulos’ stake after the sale amounts to 27.7mln shares or 7.4%.

I predict that the stock, which was suspended last week, will never open again and the company will soon file for bankruptcy, just like what happened in July 2014 when Gotham City Research published a report showing that Spanish company Let’s Gowex was a fraud (http://www.bloomberg.com/bw/articles/2014-07-17/spains-lets-gowex-implodes-after-short-seller-exposes-fraud).

Globo plc is a small technology company founded by a champion windsurfer in Greece 18 years ago and listed on Aim, London’s junior market, by reverse takeover in 2007. Since then it has raised more than €100m from sales of its stock and debt.

It has some legacy businesses, and has made acquisitions, but its biggest business is now Go!Enterprise, software designed to create a secure bit of space for your employer’s data on your personal phone.

However, according to a critical report published by Quintessential Capital Management, a small New York Hedge Fund run by Gabriele Grego, there appear to be problems with reported sales and profits. QCM tried to register an interest to buy the product with 40 different partners, resellers and distributors listed by Globo, without success.

Globo “completely refutes all allegations made in this report”, and has requested a suspension to its stock so it can provide a more detailed response. In the meantime, the question for investors and auditor Grant Thornton is who really buys Globo’s product?

The company has long attracted short sellers. It has a complex corporate structure, has reported growing profits but no cashflow, and in January 2014 Ennismore Fund Management published a report looking at aspects of the group’s corporate governance and financial reporting.

It also received attention this year when it attempted to raise first $180m and then $120m in high yield debt financing in the US, an expensive form of financing for a company with €104m of cash on the balance sheet.

On Globo’s website it claims many large public businesses as customers, including the investment bank Lehman Brothers, which failed in 2008. The Go!Enterprise business is responsible for tens of millions of euros of reported revenues every year.

The company also lists a series of Distributors/Resellers and Specialised Partners on its website. One is the Mezza Group (UK) Limited “a leading supplier of innovative software, web solutions and internet marketing”. Mezza’s phone number is answered by a fax machine. Its website gives as contact details a London residential address where 50 companies are registered, many with Greek directors.

Mezza’ directors aren’t Greek. One is Federal Infosystems llc. Globo lists as an Asian reseller a Federal Infosystems Inc, and in its description says the group “included Go!Enterprise Box in their portfolio solution to provide customers with a holistic mobility solution”.

Federal Infosystems Inc, however, with a logo which matches that on the Globo site, is a laptop repair specialist based in Mumbai. “We only do laptops”, a representative said. Asked about Globo, he said “we are not dealing with them”. 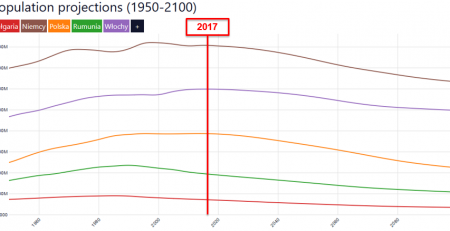 The FDIC on Tuesday will propose a leverage rule requiring big banks to have common equity equal to at least 5 percent of their assets—stricter than the international banking... read more

Elliott Up In November, With Some Help From Kabel Deutschland

As the year comes to a close, being the hold-out creditor in the Kabel Deutschland Holding AG (ETR:KD8) (OTCMKTS:KBDHF)'s sale to Vodafone Group Plc (ADR) (NASDAQ:VOD) (LON:VOD) might just... read more

Chesapeake Energy Corporation (NYSE:CHK) directors continue to be on the defensive this week despite taking a $1.65 million dollar cut to pay and perks. The move came amid concerns that... read more

In the wake of another disappointing quarterly earnings announcement from Apple Inc. (NASDAQ:AAPL), struggling smart phone developers HTC have announced a 70% drop in profits in the three months... read more

Ireland’s banking crisis has left the country in disarray. Yet, the pain being experienced by hard-pressed Irish taxpayers may only be a taste of what’s to come. Now, in... read more

China Is On The Verge Of Outright Deflation: Albert Edwards

The fact that China is on the verge of outright deflation may prove to be more important to global economy than even U.S. Federal Reserve tapering of quantitative easing. According to... read more