We study the consequences of the recent rise of high-frequency trading using a model with multiple exchanges and costly information acquisition. Faster speeds crowd out information acquisition, affecting two traditional measures of market performance. First, prices become less informative. Second, the bid-ask spread declines, since there are fewer informational asymmetries. A tradeoff exists between small spreads and informative prices, and we characterize its frontier. Despite its popularity, the limit order book generally does not implement an equilibrium on this frontier. We consider two alternatives that do: a small delay of all orders except cancellations and frequent batch auctions.

Financial markets have recently been transformed by faster speeds of both exchanges and traders. For example, the New York Stock Exchange has slashed the amount of time it requires to process an order by two orders of magnitude, from one second in 2004 to five milliseconds in 2009 (NYSE, 2004, 2009). Furthermore, the minimum feasible round-trip travel time of communication between NASDAQ and the Chicago Mercantile Exchange, which is a measure of trader speed, has declined from over 14.5 milliseconds in 2010 (Adler, 2012) to under 8.1 milliseconds today (McKay Brothers, 2015). In addition, another important feature of modern trading is that it is dispersed across a large number of venues. Most stocks are now traded at over thirty venues, a number that is much larger than just a decade ago.

Given the multiplicity of trading venues, these recently faster speeds have increased the effectiveness of certain strategies used by high-frequency traders, one of which is described next. For reasons including fluctuations in the amount of network traffic, the time required to send an order to an exchange is not perfectly predictable. Therefore, traders are unable to ensure simultaneous arrival of orders sent to several exchanges. If high-frequency traders are sufficiently fast, they may observe the trade generated by the first order to arrive and react on the other exchanges before the orders of the original trader arrive there. This practice is referred to as order anticipation, and it has significantly affected outcomes in these markets.1;2 To illustrate, a typical modern trader who attempts to trade against posted quotes on six or more exchanges does so successfully only 25 percent of the time (Barclays, 2014).

Due to the sheer scale of these markets, order anticipation is responsible for large transfers within the financial system. Another concern deals with its effect upon the informativeness of prices. If the victims of order anticipation are traders who conduct research into fundamentals, then order anticipation may reduce the profitability of that research. Less research would then be conducted, divorcing stock prices from the fundamental value of the underlying asset, which might generate further distortions in the wider economy.

In this paper, we present a theoretical model of order anticipation. We show that it may indeed make prices less informative, but a positive effect is that it may reduce transaction costs, as measured by the bid-ask spread. We also use the model to evaluate the merits of the limit order book, the predominant mechanism used by exchanges today, relative to some alternative trading mechanisms. The model features an asset that is traded on multiple exchanges by three types of traders: an analyst, high-frequency traders, and investors. The analyst, through costly research, may become privately informed about the value of the asset. High-frequency traders may trade for profit by speculating or by facilitating transactions with other traders. Investors arrive at the market with exogenous liquidity motives to buy or sell one indivisible share, and they play the role of ordinary traders.

In equilibrium, the analyst submits orders to all exchanges upon attaining information about the value of the asset. However, random communication latency prevents these orders from arriving simultaneously. After the first order arrives at an exchange, high-frequency traders infer the analyst’s information and respond by engaging in order anticipation at the remaining exchanges. In the equilibrium we identify, high-frequency traders sort into two roles. One, the liquidity provider, facilitates trade by posting quotes at all exchanges; she responds to the analyst’s trade by attempting to cancel her remaining mispriced quotes. The others, stale-quote snipers, respond to the analyst’s trade by free-riding on his information and attempting to trade in front of the analyst against the remaining mispriced quotes. These responses give rise to winner-take-all races on the remaining exchanges, which may be won by either the analyst, the liquidity provider, or a stale-quote sniper.

Count Goldman Sachs as one of the S&P 500 bulls. Although not exactly at the level of Jeremy Siegel, analysts from Goldman are out with a new report which... read more

Key highlights for June 2015: Hedge fund assets under management have increased by US$93 billion in the first six months of 2015, with roughly US$52 billion coming from performance driven... read more 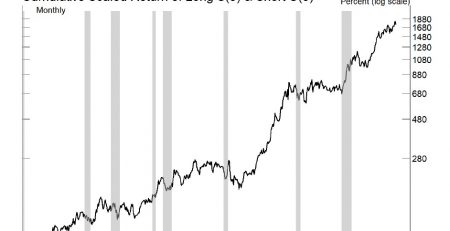 Abstract Machine learning offers a set of powerful tools that holds considerable promise for investment management. As with most quantitative applications in finance, the danger of misapplying these techniques can... read more 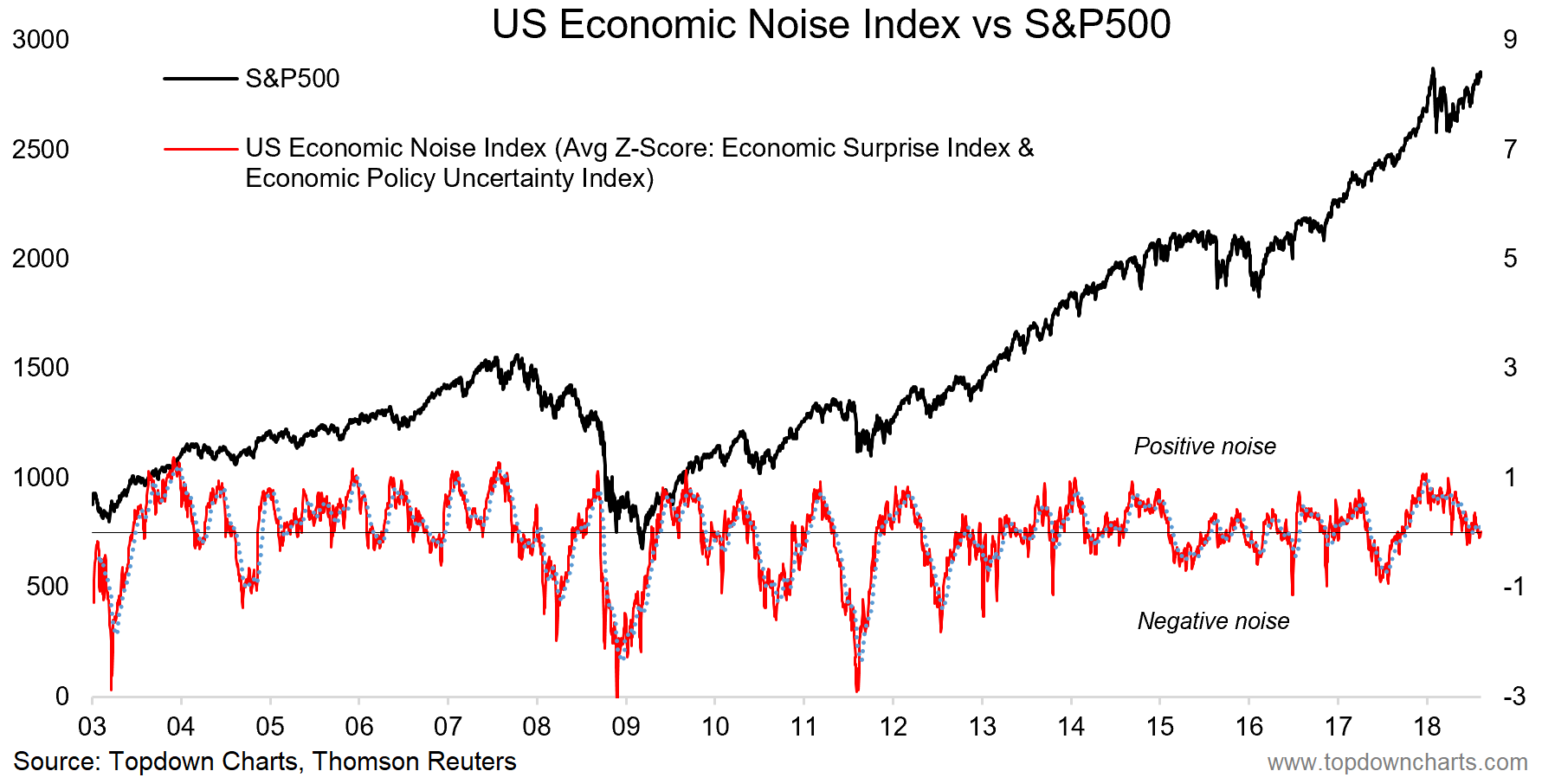 Regular readers will be familiar with the "Economic Noise Index", which combines the signal from the economic policy uncertainty index and the economic surprise index to display positive vs... read more

Emerging market debt issuance is expected to slow, but remain elevated from the historical average as EM issuers rush to make the most of low rates and abundant liquidity... read more

Virtu Financial reported higher than expected earnings on Friday, but the stock was trading sharply lower immediately following the news. On a day when stocks were broadly higher, the... read more

Only a few years ago, it used to be considered a conspiracy theory to say China was making up its growth numbers - times have changed and now if... read more