To the Directors of TeliaSonera AB:

We are short the securities of TeliaSonera because we believe information that is being withheld from investors, along with the current board and management’s (in)actions, will significantly impact the company’s shares and credit profile.1 While TeliaSonera has provided some transparency into its misdeeds in Uzbekistan, it has not made public the likelihood that the company’s other Eurasian and Nepal operations suffer from similar problems, and on a massive scale. It appears that TeliaSonera made corrupt payments in Uzbekistan exceeding SEK 3.1 billion (US$380 million).2,3 Uzbekistan appears to be only the tip of the iceberg. We estimate – perhaps conservatively – that TeliaSonera could have made corrupt payments throughout its Eurasia and Nepal operations that exceed SEK 17 billion (US$2.1 billion). In addition, TeliaSonera is potentially obligated to make additional payment to a problematic partner in Azerbaijan of up to SEK 7.6 billion (US$934.5 million).

TeliaSonera’s inability, or failure, to disclose more information to investors has at least four major implications.

material misstatements could be problematic for you and the present management. Telia’s continued application of certain accounting gimmicks can be interpreted as the company still having a culture where the rules do not apply.

•The company is facing three significant cash flow issues that implicate both its ability to pay the dividend and its credit profile. A) It is plausible that the disposal of the Eurasian and Nepal businesses could fetch well less than SEK 20 billion (US$2.5 billion) in total – particularly given the dearth of credible buyers; existing contingent liabilities; issues with repatriating cash; and, the risk that host governments will either interfere with, or expropriate, these businesses (as has been done before in these countries, including to Telia’s benefit). The more conservative analysts estimate that Telia will receive approximately SEK 20 billion for these businesses, but they appear not understand how widespread the problems are, including in Nepal. B) Once Telia has disposed of these businesses, we estimate it will have lost 33% of its consolidated 2013 free cash flow. C) If Telia were to take some of the write-downs we believe are mandated, the dividend would likely be curtailed.

•TeliaSonera could have legal liability, including to the United States Department of Justice, in the tens of billions of SEK (quite possibly well in excess of US$1.0 billion). A newspaper in Sweden recently reported that Telia might pay several billion SEK to the DOJ, which we think could be low. Regardless, Telia has made no provision for any settlements or penalties.

•You and the new management do not appear to be capable of dealing with the significant challenges posed by TeliaSonera’s corruption issues. On the contrary, the company’s actions and statements demonstrate indecision and contradictory goals by juxtaposing dealing with regulatory investigations against continuing problematic – quite possibly illegal – conduct. Since you and the new management took office, Telia has alternately shown: that it’s aggressively trying to get out of potentially corrupt relationships by selling back Nepal Satellite at a significant loss; yet, Telia keeps paying significant dividends through Azertel to potentially corrupt partners in Azerbaijan. Even more confusing, according to an email from a Telia spokesperson we have reviewed, Telia supposedly does not plan to honor the put option (of the same party to which it continues to pay dividends) for compliance reasons. After divesting Nepal Satellite, Telia has been unable to repatriate profits from Nepal, which could be as interpreted as punishment for selling the stake back to Zhodar Investments. And while in 2014 Telia expressed confidence it could run the Eurasia and Nepal businesses compliantly, the same day an unflattering book on the company’s dealings there is announced, Telia seemingly in haste announced it is exiting those businesses. Throughout, Telia continues to present misstated and misleading financials.

Telia has shown that it is a mediocre operator in its northern European business, where net sales have declined since 2009. On this basis, we think the valuation of the stub (i.e, business remaining after the disposals) should be approximately 7.4x EV / EBITDA. Depending on how bad the aforementioned issues become, we can see the stock selling for SEK 27 to SEK 29. (See our methodology in Appendix C.) While it is impossible for anybody to predict these outcomes, you would due your investors a significant service by

being more forthcoming about Telia’s problems. This way, they would have the benefit of being able to make more informed judgments.

We therefore call upon you to:

•release the full Norton Rose Fulbright report so that investors at least have a basis to determine whether the investigation was comprehensive enough, and hopefully have enough information to make good judgments about the risks and value of their Telia holdings,

•true up the company’s financial statements in order to give investors a much clearer picture by a) immediately writing-down what appear to be billions of SEK in assets that disguise likely corrupt payments, b) adopting conservative accounting policies, and c) restating historical results to reflect these changes,

•hold suspected wrongdoers accountable through cooperation with the authorities and civil litigation,

•immediately cease paying dividends to parties whose UBOs are unknown, or otherwise suspect, in order to avoid antagonizing regulators and possibly

increasing amounts needed to settle – note an article in which Swedish legal experts agree with this course of action,4

•adopting a firm policy that the top priorities in unwinding the legacy problems are a) ceasing all questionable activities immediately and permanently, b) providing transparency to investors, the public, and regulators, and

•encouraging wholeheartedly governments and human rights activists to campaign for the release of imprisoned Azeri investigative journalist Ms. Khadija Ismayilova, who seems to have been convicted on spurious charges as a result of exposing Telia’s corrupt acts in Azerbaijan.

The bottom line is that the balancing act you are trying to perform is impossible, and this scenario is unwinnable. The long-term is best served by dealing now with the inevitable before these problems grow even bigger.

Despite TeliaSonera quite possibly holding the all-time record for corrupt payments by a western company, you and the new management have given no indication to investors that Uzbekistan was almost certainly the rule, rather than the exception, in TeliaSonera’s emerging market businesses. We see TeliaSonera’s failure to provide substantially more detail to investors as a passive form of a cover up.5

(We discuss several of Telia’s larger undisclosed issues in Azerbaijan, Kazakhstan, Cambodia, and Nepal in Appendices A and B. Appendix A also includes a refresher on

Howard Marks is a legend in the world of distressed debt investing. Q4 hedge fund letters, conference, scoops etc He is also the co-founder and co-chairman of asset manager Oaktree Capital... Read More 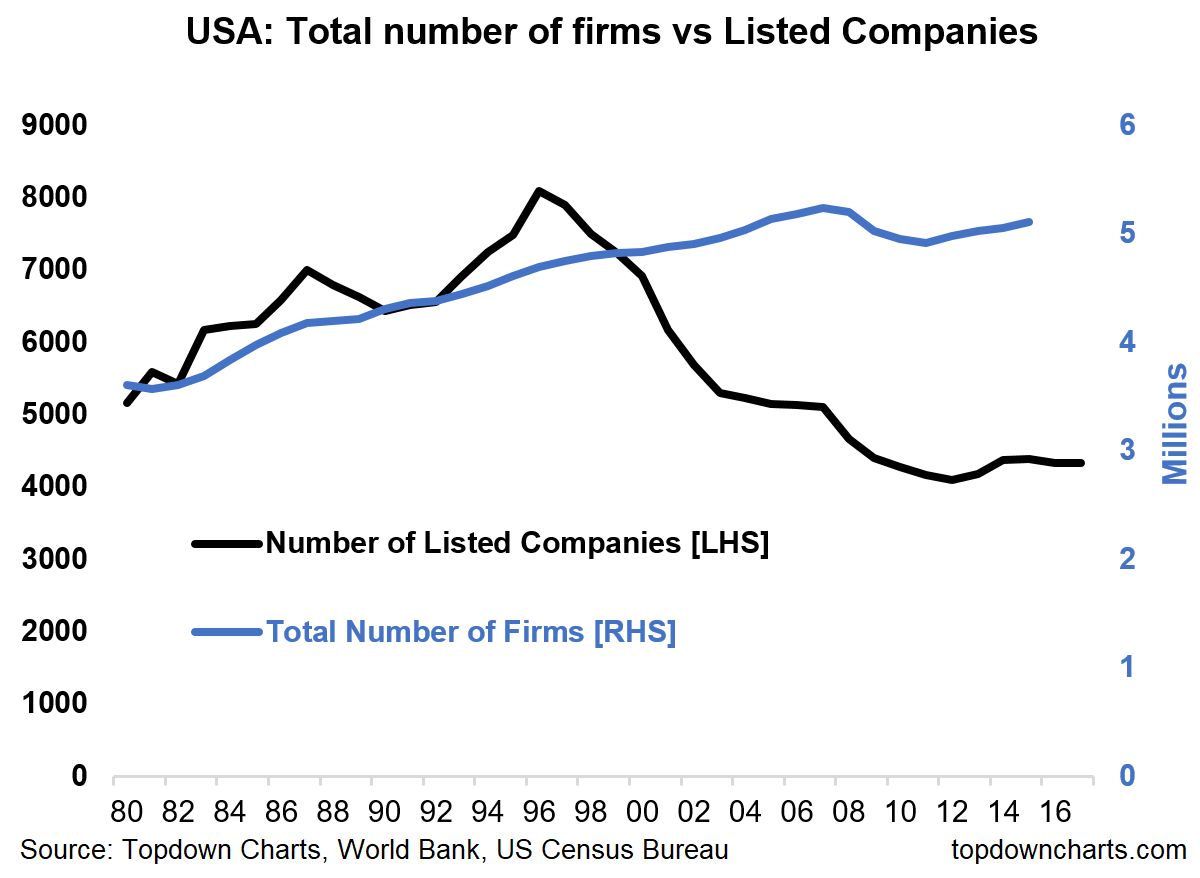 The Decline Of The IPO – CHARTS

Something weird happened in the last couple of decades. The number of companies undertaking an IPO (Initial Public Offering - the process of raising capital and listing on the... Read More