I have been increasingly suspicious since late 2011 that Sir Thomas Gresham (1519-1579) may be the modern John Maynard Keynes. I said as much in a Financial Times op-ed when I wrote in December of that year, that the famous “Gresham’s Law” needs a corollary. Not only does “bad money drive out good money” but “cheap money” may do harm as well. Just as Newtonian physics breaks down, and Einsteinian theories prevail at the speed of light, so too might easy money, which has invariably led to stronger economic recoveries, now fail to stimulate growth close to the zero bound.

Historically, central banks have comfortably relied on a model which dictates that lower and lower yields will stimulate aggregate demand and, in the case of financial markets, drive asset prices up and purchases outward on the risk spectrum as investors seek to maintain higher returns. Today, near zero policy rates and in some cases negative sovereign yields have succeeded in driving asset markets higher and keeping real developed economies afloat. But now, after nearly six years of such policies producing only anemic real and nominal GDP growth, and – importantly – declining corporate profit growth as shown in Chart 1, it is appropriate to question not only the effectiveness of these historical conceptual models, but entertain the increasing probability that they may, counterintuitively, be hazardous to an economy’s health.

The proposed Gresham’s corollary is not just another name for “pushing on a string” or a “liquidity trap”. Both of these concepts depend significantly on the perception of increasing risk in credit markets which in turn reduce the incentive for lenders to expand credit. But rates at the zero bound do much the same thing. Zero-bound money – quality aside – lowers incentives to expand loans and create credit growth. Will Rogers once humorously said in the Depression that he was more concerned about the return of his money than the return on his money. His simple expression was another way of saying that from a system wide perspective, when the return on money becomes close to zero in nominal terms and substantially negative in real terms, then normal functionality may break down. If at the same time, and over a several year timeframe, bond investors become increasingly convinced that policy rates will remain close to 0% for an “extended period of time”, then yield curves flatten; 5, 10, and 30 year bonds move lower in yield, which at first blush would seem to be positive for economic expansion (reducing mortgage rates and such). It would seem that lower borrowing costs in historical logic should cause companies and households to borrow and spend more. The post-Lehman experience, as well as the lost decades of Japan, however, show that they may not, if these longer term yields are close to the zero bound.

In the case of low yielding sovereign, as well as corporate AAA and AA rated bonds, this new Gresham’s corollary is certainly counterintuitive. If a government or a too big to fail government bank can borrow near 0%, then theoretically it should have no problem making a profit or increasing real economic growth. What is more important, however, is the flatness of the yield curve and its effect on lending across all credit markets. Capitalism would not work well if Fed Funds and 30-year Treasuries co-existed at the same yield, nor if commercial paper and 30-year corporates did as well. Investors would have no incentive to invest long term. What central bank historical models fail to recognize is that over the past 25 years, capitalism has increasingly morphed into a finance dominated as opposed to a goods and service producing system. It is not only excessive debt levels, insolvency and liquidity trap considerations, then, that delever both financial and real economic growth, it is the zero-bound nominal policy rate, the assumption that it will stay there for “an extended period of time” and the resultant flatness of yield curves which may be culpable. As a result, in the case of banks, their “Nims” or net interest margins are narrowed as Chart 1 suggests. It stands to reason that when bank/finance profit margins resulting from maturity extension are squeezed (curve flattening) then overall corporate profits are squeezed as well.

This new Gresham’s corollary applies to other finance based business models as well. If long term liability based pension funds and insurance companies cannot earn an acceptable “spread” from maturity extension – and in the case of zero based policy rates – cannot therefore earn an acceptable return on their investments to cover future liabilities, then capitalism stalls or goes in reverse. Profit growth or profits themselves come down and economic growth resembles the anemic experience of Japan; pension funds begin to cut benefit payments as recently threatened in Puerto Rico and Illinois, reducing disposable personal income. Even unions are not exempt, as preliminary threats to cut benefits by 50% by the Teamsters show. Corporate profits may be further reduced as an increasing number of companies using defined benefit plans are forced to increase contributions to wobbly and underfunded balance sheets. Individual households must also save more and consume less if the return on their savings is reduced by a flatter yield curve.

My primary thesis, supported by the above examples, remains that capitalism does not function well, and profit growth is stunted, if short term and long term yields near the zero bound are low and the yield curve inappropriately flat. Chart 2, which graphically displays yield curve flattening cycles over the past 20 years, shows a remarkable one to two year leading correlation to increasing/decreasing rates of profit growth seen in Chart 1, even when the flattening results from lower long term yields as opposed to central bank tightening as in 1993-1997. When our modern financial system can no longer find profitable outlets for the credit it creates, it has a tendency to slow and begin to inhibit economic and profit growth in the overall economy. With a near zero interest rate policy, central banks zero out the cost of time, bidding up existing asset prices, but failing to create sufficient new assets in the real economy.

Global central bank staff models will likely not validate this new Gresham’s corollary. Former Fed chairman Ben Bernanke blamed a mild policy rate increase in the midst of the 1930s for an economic relapse, and a lack of credit expansion for Japan’s lost decades 60 years later. He avoided the potential influence of low yields themselves, claiming then, as now, that green-shoots growth would eventually restore normality to savers. But all central banks should now commonsensically question whether ultra-cheap money continually creates expansions as opposed to reducing profit margins and hindering recovery. Recent experience would confirm the latter thesis.

And if the Fed and other central banks one day understand this, what should they do? They should produce a much steeper yield curve and a higher policy rate to allow banks, financially oriented businesses, as well as household savers themselves to increase margins and restore profit and disposable income growth. How is a steeper yield curve possible however, if at the same time they are raising policy rate targets to more normal levels as I and others have recommended for some time now in the U.S.? Two ways in my view, neither of which would support intermediate/long term bond prices at current levels but which might be beneficial to the longer term real economy.

2) I propose an “Operation Switch”. Instead of 2012’s “Operation Twist”, which sold 2-5 year notes and reinvested the proceeds in longer dated Treasuries now resting in their portfolio, the Fed should do just the reverse. After all, the twist did nothing to improve YOY GDP growth – it may in fact have lowered it as the above argument claims – dropping GDP in the 4th quarter of 2013 to .9% YOY following the “Twist” in 2012. The Fed now holds upwards of $2 trillion longer dated Treasuries and mortgages that can be “switched” into 2-5 year paper, steepening the yield curve and benefiting savers, liability based businesses, and the economy itself. But they won’t, you know. Yellen and Draghi believe in the Taylor model and the Phillips curve. Gresham’s law will be found in the history books, but his corollary has little chance of making it into future economic textbooks. The result will likely be a continued imbalance between savings and investment, a yield curve too flat to support historic business models, and an anemic 1-2% rate of real economic growth in even the most robust developed countries.

The Fed, the ECB, the BOJ? Stupid, they are not. But stubborn, and reluctant to adapt to a significantly changed finance based economy over the past 40 years? Most certainly. Central bankers’ failure to recognize the “Shadow Banking” system pre-Lehman proved that, and their fixation on zero bound or in some cases negative yields, with their accompanying low and flat intermediate and long term rates, confirms the same today. 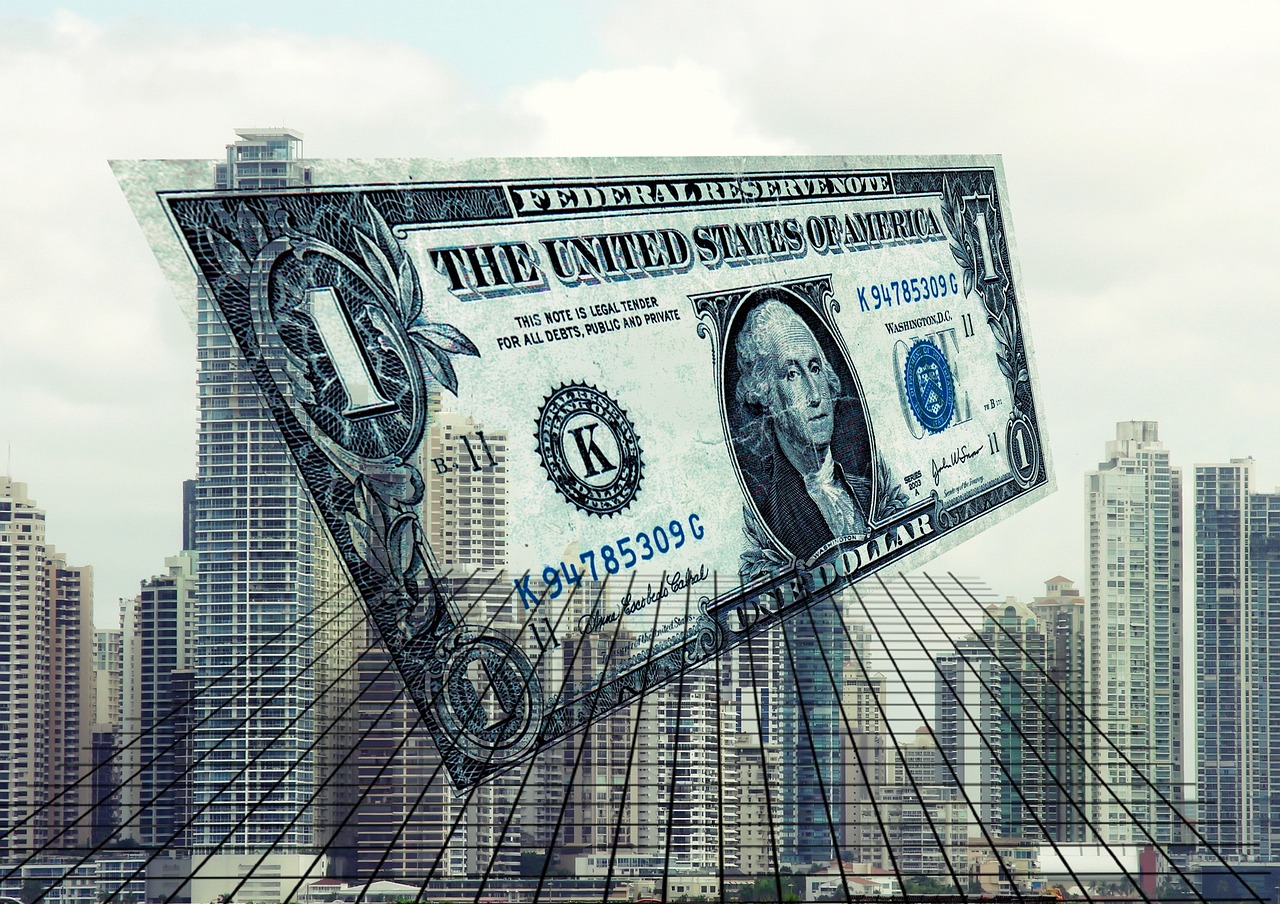 Credit Suisse announced that several high-level staff is stepping down from their roles on Tuesday. It also proposed a cut to its dividend due to heavy losses from the... Read More 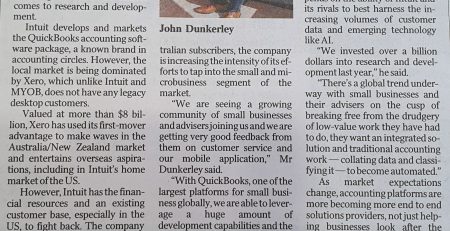 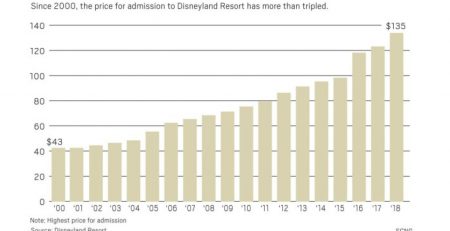 What’s Missing From Howard Marks’ “Something Of Value”

Howard Marks is a legendary value investor whom I greatly admire. I have been a long-time reader of his memos, which I find to be insightful, and this one,... Read More