China's Volatile Experiment by Doug Bandow, Foundadtion for Economic Education
With a flagging economy, can the PRC return to equilibrium?

The old dictator and his cronies wouldn’t recognize China’s capital today. Beijing has become a sprawling metropolis. It mixes high rises of dramatic architecture with squat . . .

The money management industry is already under a significant amount of pressure from the rise of low-cost ETF’s, which are stealing business from relatively high cost underperforming mutual funds.... read more 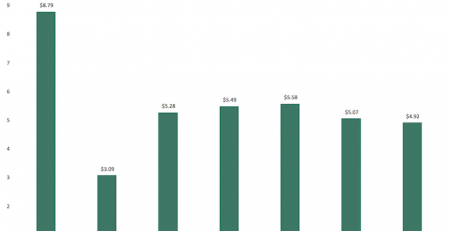 3 Reasons Why Companies Cut Their Dividends (With Examples)

Long-only hedge funds outperformed in October, while distressed debt strategies underperformed, and asset flows have increased assets under management by $100 billion so far this year, according to research... read more

Activist acolytes, today has a solid blend of news and stories. Send tips to @activiststocks, sign up for our daily newsletter, and ICYMI the latest newsletter is here. News: Sardar... read more

Look at the bigger picture: the Apple watch is a piece in a larger puzzle connecting computers in the "Internet of Things" read more

What To Do With Cash

As the S&P 500 (INDEXSP:.INX) continues to push higher and sentiment grows, the possibility of a pullback or a market top grows with it, and investors have to weigh chasing... read more