There has been a big debate about Chanos’ returns – on a return basis they are poor but looking at alpha they are excellent it seems. It is very hard to get Chanos’ letters and he does not submit returns to any database so it is tough to get exact figures (if anyone has please send). We do have one letter from 2005 and from there it seems the absolute returns are great. It does not make sense to look at total returns since Chanos is (very) short biased and is used as a market hedge. If you are long only you might think the returns are terrible, but if you hedge you will think the opposite is true. Anyway, someone from COBF has an interesting post on this topic with some math – check it out below.

To illustrate the utility of Chanos returns, I’ve built a very crude model where one can input allocations to Chanos (with net returns and no high watermark), cash, and SPY. This relates to my job but I don’t have time to proofread or improve this, so feedback is appreciated.

You can draw your own conclusions. For me, the numbers are compelling. One ends up better off by including Chanos’s fund in the picture. If i have erred in my assumptions or building the spreadsheet, let me know.

I included 120% SPY, -20% cash , which is the best result because some would see 100% SPY 20% Chanos as utilizing leverage rather than reducing market risk. There will be no end to this debate. But I hope this is helpful.

Even after putting in a -20% allocation to cash in the 100% SPY, 20% Chanos scenario  to account for the fact that most people would have to commit capital to chanos to get access to his return, the ending NAV and average NAV are higher. The returns are more “robust” and are arguably more likely to sustain the institution and less likely to experience permanent impairment.

There are some problems with the simulation (it assumes constant exposure to each and rebalancing), of course, and thinking about asset allocation this way may seem foreign or stupid or make you gag. But to completely dismiss it, is wrong in my opinion. To think alpha is dumb or that no short sellers and hedge funds add value is, in my opinion, close-minded.

Short selling alpha is hard to find and valuable; I probably haven’t convinced any unbelievers though.

Trying hard not to be an ass here, but can we agree that the Chanos added value? Even after fees. Play around with the spreadsheet for a bit.

If you were given the choice in 1985 to invest in 100% SPY, or add some Ursus Partners to the mix. You would have made more money if you added Ursus up to around 130% allocation, after which the short bias kills you, and before which drawdowns/volatility are intolerable because of too much gross exposure.

0-50% is quite reasonable though. A typical long short fund runs 40-80% net, so it’s not like this is some unrealistic hypothetical.

When viewed in isolation, Ursus, lost 25% of it’s value over the time period after fees. But no one invests in short only funds in isolation.

It’s not only about smoothing returns and reducing drawdowns, it’s also about making more money. This is not intuitive. How can a fund with a negative expected value strategy (shorting) and one that produced negative after fee returns, help out a portfolio? How can adding gross exposure (levering) to a negative return strategy increase returns?

The answer lies in the fact that Chanos generated very real alpha via negatively correlated gains. It muted drawdowns and preserved capital, which allowed for increased participation in the general upswing of the market. You can dismiss this as academic finance mumbo jumbo worthy of a 200 grand worthless MBA, but I don’t think those lucky enough to have invested in this fund at the outset would agree with you; they are better off in dollar terms for having made the decision to invest.

The question of leverage and capital usage is an obvious hole in my argument, as is the increased tail risk of shorting (A Volkswagen even blowing you up) as is the real world challenge of rebalancing amongst long funds and short (my model assumes a kind of perfectly constant net exposure, which is not realistic)

But think about it on the fund level. If a fund can find a Chanos that can smooth returns, and make more money, why on earth would it not hire him?

the problem is not with Chanos, it is that there are not enough Chanos’s. this type of track record is RARE and to be envied and arguably not replicable. 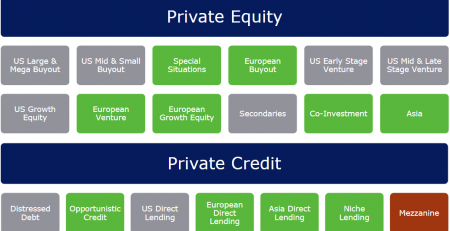 This is the third of a four-part blog series for private markets investor relations professionals, exploring how to find and utilize various key sources of information on the private... Read More