Using a sample of target firms that do not delist from the stock market after a majority takeover, we investigate the effect of the target CEO’s departure on their firms’ subsequent financial performance. We find that CEO departures have a positive effect on the target firms’ long-run operating performance, measured by firms’ operating return on assets and return on equity. However, we do not find a significant effect of CEO turnover on target stock returns in the post-takeover period. These results are consistent with the predictions of the inefficient management hypothesis, which contrast with those of the valuable management hypothesis.

The appendices for this paper are available at the following URL: http://ssrn.com/abstract=2684050

One of the central questions in the Mergers & Acquisitions (M&A) literature is whether acquirers manage to improve the operations of target firms after takeovers, and if so, whether the gains from mergers are sizable enough to rationalize the takeover premiums paid to target firm shareholders. Among the many factors that affect post-takeover performance of target firms, the retention status of their CEOs after takeovers draws significant interest from academics and practitioners.

There are at least two hypotheses to explain the potential effect of target CEO departure on the post-merger performance of target firms. According to the first hypothesis (inefficient management hypothesis), advocated by Manne (1965), Fama (1980), Fama and Jensen (1983), Jensen (1986) and Jensen (1988), acquisitions are an important means for replacing inefficient and entrenched managers with more efficient counterparts. Hence, replacing target firm managers through takeovers eliminates an important obstacle to maximize firm value and brings superior firm performance over the post-takeover period. The authors supporting the second hypothesis (valuable management hypothesis), such as Pitts (1976), Yunker(1983) and Jemison and Sitkin (1986), argue that target executives have accumulated firm specific human capital over their tenures at the target firm and they are an important resource for the success of the merger. Therefore, the dismissal of target CEOs after takeovers is detrimental to firm value during the post-takeover period.

Investigating the empirical relationship between the departure of target executives and target firms’ post-acquisition performance is challenging because target firms typically de-list from the stock market after mergers, and their financial statements are no longer publicly available. As a result, the number of papers examining the performance changes for target firms after takeovers remains limited.

Our paper aims to fill this gap. We investigate the effect of CEO departure on the target firms’ subsequent performance using target firms’ post-takeover stock price and financial statement data. We analyze a sample of 244 deals from 1984 to 2008 in which the target firms stayed public after the merger effective date. These not-delisting target firms continue to file their financial statements with the public and have post-takeover stock price data available, enabling us to estimate their post-takeover performance, proxied by widely-used firm performance metrics, such as Operating Return on Assets (OROA), Return on Equity (ROE), and Buy-and-Hold Abnormal Returns (BHAR).

To preview our main results, we find that target firms whose CEOs depart within the first 12 or 24 months of the merger effective dates have higher OROA and ROE figures by the end of the third year following takeovers, compared with targets with retained CEOs. The impact of CEO departure status on target performance is economically significant; for instance, the average change in target OROA by the end of third year following acquisitions is 11.2 percentage points lower for targets with retained CEOs, compared with target CEOs departing within 12 months of the merger effective date. However, we do not find evidence that the changes in targets’ post-takeover operating performance due to departure status of their CEOs is reflected in target firms’ stock returns (BHARs).

We run additional tests to address potential endogeneity concerns. The first endogeneity issue is related to the self-selection issue with respect to the delisting choices of target firms. The unobservable factors that lead the target firms not to delist after takeovers could be correlated with the departure status of their CEOs. To address the potential self-selection bias, we include the inverse Mill’s ratio in our regressions, which is estimated from the first step of the Heckman model (Heckman, 1979). Our sample size shrinks significantly after requiring non-missing data for the inverse Mill’s ratio and the change in the target firm’s operating performance, but the main results continue to hold under this model. 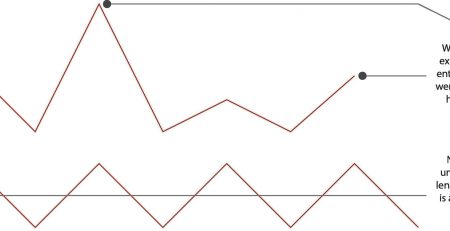 Credit Suisse believes that dividend stocks are set for a period of outperformance according to a research note issued by the bank this week and reviewed by ValueWalk. To capitalize... Read More

Are You Making These 3 Common Mistakes?

A lot can go wrong when you’re deciding how to invest your money. Q1 hedge fund letters, conference, scoops etc Tumisu / Pixabay Below are three of the most common mistakes investors... Read More 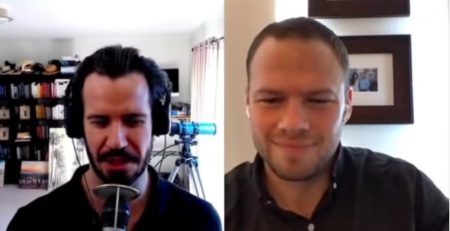 If you were to guess which countries of the biggest investors in US equities you might assume that it would be one of our close economic partners like Canada... Read More

After facing a tough holiday season, Barnes & Noble, Inc. (NYSE:BKS) will close approximately 20 stores annually over the next decade. This comes on the heels of last week's news... Read More