Active Currency Management In Portfolio Construction: Risk-sentiment As Diversifier And Source Of Alpha by Merk Investments

High asset valuations, growing geopolitical risks, and the effects of distressed commodities markets are just a few of the current concerns that investors have. Portfolio managers are faced with increased risk management needs amid more closely integrated global markets, making the search for truly uncorrelated assets to diversify client portfolios a bigger challenge. A multi-year bull market run in equities, meanwhile, has raised return expectations for portfolio managers, who run the risk of losing diversification by chasing higher yielding assets, as alternative asset classes that offer attractive returns may be too correlated with stocks and bonds. Despite their potential portfolio enhancing benefits, currencies as possible alternative are thereby often overlooked.

This paper makes the case for currency strategies in multi-asset portfolios, and primarily intends to bring more attention to the value proposition of actively managed currencies in the portfolio design context. We present arguments why investors should consider currencies in asset allocation decisions, how we differentiate active currency management from passive, and provide economic intuition why the often misunderstood microstructure of the foreign exchange market offers alpha opportunities. As part of an active approach to currency investing, the paper proposes a way to exploit structural inefficiencies in currency markets using measures of risk sentiment. To illustrate the benefits of currencies in portfolio construction, we simulate portfolios that are enhanced with various alternative asset classes along with active and passive currency strategies. Our findings suggest that actively managed currency strategies can significantly reduce volatility and minimize drawdowns in portfolios, and that viewing risk dynamics as a trading signal can generate consistent alpha over time.

Whereas alternative assets such as commodities, real estate investments or hedge funds have seen growing popularity in strategic portfolio construction, currencies as an alternative asset class have still not found widespread acceptance in asset allocation. One possible explanation for this is that investors have difficulty perceiving currencies as an asset class, especially when compared to more conventional assets like stocks and bonds.

Principally, the definition of an asset class is not necessarily objective. Traditionalists might argue that an asset class is fundamentally characterized by generating an expected economic return for the holder that is positive absent of any trading activity. Investing in stocks and bonds means deploying real capital into equity and fixed income markets, generating a positive expected return through capital appreciation, dividends or coupons. This positive holding period return however does not exist in currencies, because buying one currency means selling another currency at the same time. Holding an unmanaged basket of currencies means being long one asset while shorting another, and without any underlying trading strategy this is regarded as merely speculative and hence is a zero-sum game. Such a basket would yield an expected return of zero, and therefore would disqualify currencies as an asset class in the traditional sense.

While there is some merit to this argument, it should not be overlooked that the same point can be made for other acknowledged alternative asset classes as well. Commodities for example, do not necessarily fulfill this condition either. However, for the sake of this paper it can be accepted that an unmanaged currency investment without fundamental strategy does not constitute an asset class. This will be important again in the following discussion on benchmarks in currencies.

A more relevant definition of an asset class, especially in reference to portfolio allocation is often associated with correlation. The common perception is that if an asset produces returns independent of any other asset class, i.e. returns are uncorrelated, then it can be contended that it is an asset class of its own. From this perspective, the argument for currencies is quite compelling, as currencies have exhibited low correlation with other major asset classes over the medium to long-term. More importantly, the correlation of currencies while low has also been comparatively stable, as shown in Figure 1, comparing 1-year rolling correlations of alternative asset classes with equities. The same cannot be said for other popular alternative assets, such as real estate, which shows a relatively stable but high correlation with equities, or commodities that have a low correlation but especially in times of higher financial turmoil appears to be unstable.1

Even though there is no unequivocal definition of the term asset class, there are valid reasons why currencies should be considered at least a sub-set of the alternative asset class space. The low correlation to traditional asset classes make it particularly qualified from a portfolio design perspective, and especially if we refer to a managed basket of currencies that follows a specific strategy with a non-zero expected return (such as well-known systematic strategies like carry, momentum or valuation), the inclusion of currencies as asset class is justifiable.

Active vs. Passive Management in Currencies

Just as the discussion of currency as an asset class is not straightforward, the distinction of active versus passive investing in currencies also requires some deliberation. Whereas for equities, many specific indices exist that are widely accepted as a market benchmark, allowing a clear separation of general market exposure (beta) and active or excess return (alpha), there is no such agreement on a generic benchmark for currency markets.

A very simple approach that is often used in academic studies is to look at currency returns as absolute returns and adopt either zero or the risk-free return as the appropriate benchmark. The former approach is consistent with the argument that currencies are not an asset class, because of the long-short nature of investing in an unmanaged currency basket with an expected return of zero. The latter is slightly more ambitious, essentially assuming that a passive currency manager holds managed funds in cash accounts, and any return above the cash rate is an active return. Both approaches however imply that in absence of a more defined benchmark, real beta is assumed away, and all currency returns are considered excess returns, or alpha.2 The question then arises: can active management in currencies really be justified if there is no sensible benchmark other than the risk-free return? Is the supposed alpha of a currency manager in reality a hidden beta in the form of exposure to systematic risk in currency markets, which is just difficult to define?

Melvin and Shand (2010) address this in their paper Active Currency Investment and Performance, agreeing that since “there is no such thing as a ‘buy-and-hold’ in the currency market”, a truly passive approach in currency investing simply does not exist.3 They propose however that measuring an active return is still possible, by evaluating currency strategies in terms of common risk factors that currency managers face. As risk factors, they reference known rule-based trading styles in currency markets, namely carry, momentum and valuation. Although all of these trading strategies are implemented in the industry in various ways and do not cover the entirety of applied currency strategies (therefore not common style factors in the closer sense), Melvin and Shand provide empirical evidence that a large number of managers incorporate elements of these styles in their currency management to some degree. Using any single or a composite of these styles as the benchmark, allows differentiating between managers who simply load up on a commonly available currency style and those who seek to generate excess returns beyond that.

This methodology seems plausible to us, given the increasing availability of these common currency strategies in the form of exchange-traded funds and mutual funds. Any portfolio manager who wants to be invested in currencies, can buy an available index at lower cost with which he or she receives an average (or market) currency return. The active manager who believes to be able to add alpha should focus on beating the widely available currency index, by providing returns that cannot be explained by any of the commonly applied systematic strategies.

Isaac Schwartz is a Portfolio Manager for Robotti & Company Advisors LLC, an investment adviser that seeks to invest in companies trading at a significant discount to intrinsic value.... Read More

This has been a year where a number of big name hedge funds chose to return some capital rather than sit on their enormous and increasing wealth. While there... Read More 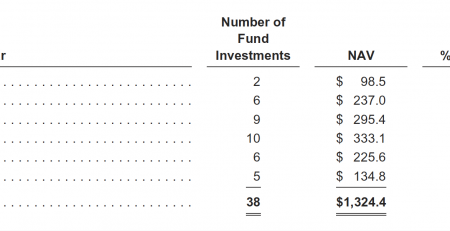 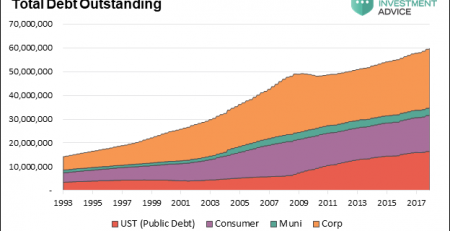 Here’s a great passage from Skin In The Game by Nassim Taleb in which he discusses how easily investors can be hoodwinked by smooth talking salepeople promising outsized returns... Read More