“To the intelligent man or woman, life appears infinitely mysterious, but the stupid have an answer for everything.” ~Edward Abbey

I am penning my seventh “Year in Review.” These summaries began exclusively for myself, evolved into a sort of holiday cheer for a couple hundred e-quaintances with whom I had been affiliating since my earliest days as a market bear in the late ’90s, and metastasized into the Tower of Babble—longer than a Ken Burns miniseries—summarizing the human follies that capture my attention each year.1–7 Jim Rickards kindly called it “a perfect combination of Mel Brooks, Erwin Schrodinger & Howard Beale.” I wade through the year’s most lunacy as well as a few special topics while trying to find the overarching themes. I love conspiracy theories and detest detractors who belittle those trying to sort out fact from fiction in a propaganda-rich world. My sources are eclectic, but I give a huge hat tip to sites like Peak Prosperity and Zerohedge. If half of what they say is right, the world is a very weird place.

“Ninety percent of everything you read or hear is crap.” ~Sturgeon’s Law

“The amount of time you waste online doubles every 18 months.” ~Collum’s Law

In an e-mail in early April, I told a friend and Master of the Universe that I wasn’t grasping the year’s theme. He assured me the year was young, but I had a deeper angst. I eventually realized that I had ascended Mount Stupid (Figure 1) and may be heading down The Far Side. Whether we are talking Greece, the Middle East, monetary policy, bonds, domestic politics, or sex changes, I am baffled by it all. Maybe life in the third millennium is like a sci-fi movie: it doesn’t have to make any sense. So my qualifications to comment on geopolitics are not in dispute: I am an organic chemist, a clueless academic one at that. Nothing should inspire you to read on. But—a big Kim Kardashian butt—I have somehow managed to capture a readership.

Occasionally I get a few selfies with prominent players, airtime on Russia Today, and some ink in The Guardian and Wall Street Journal. All help keep the ruse going. As this review is being uploaded to Peak Prosperity and soon thereafter to Zerohedge (hopefully), I am scheduled to do an interview with Erin Aide on Russia Today. I offer just a little more elevator resume disguised as a survey of personal events. My favorite interview this year was with a colleague-and sponsored by Cornell.8 I did podcasts with the likes of James Kunstler, Chris Martenson, Ed Rankin, and Jason Burack. Four BTFD.tv episodes chaperoned by Bob Lehman included a solo shot, two with Eric Hunsader of Nanex, and the last as a threesome with Eric and Joe Saluzzi, founder of Themis Trading and author of Broken Markets, respectively. A gig at the Stansberry Investment Conference in Vegas landed me some free meals and a shared stage with some actual famous guys. (Porter Stansberry is a self-proclaimed huckster and, in my opinion, brilliant.) The title of my talk was “College Life: The Good, the Bad, and the Ugly.” It came out a week before Yale and Mizzou went batshit and mercifully hid behind a paywall while outrageously uneventful ideas triggered mayhem across college campuses. I even found my nose stuck in the tail end of the Tim Hunt scandal, which I talk about herein. Last, I’m taking a bow for using a single Tweet to nip some corporate misbehavior in the bud. Ya gotta tweet ‘em right.

I draw inspiration from a Bloomberg headline:

See full PDF on Corporate Misbehavior and more below.

We’ve just been listening to a great interview with James Montier on Meb Faber’s podcast. During the interview Montier provides some great insights to help investors protect themselves from... Read More 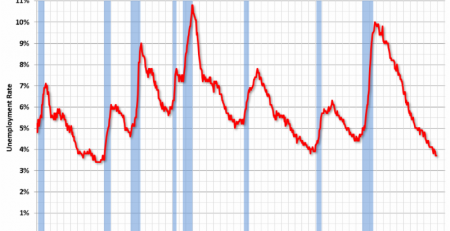 As we enter the last month of the year, the holiday season is kicking into full gear, decorations are popping up everywhere, and the burning question arises, “Will Santa... Read More