Our November edition of Multiple Thoughts led with the suggestion that the previous four weeks had been a strange environment in which to be investing. In hindsight, we could have characterized that “strange” environment as calm, because the month that has passed since our last missive can best be described as alarming. On the surface, November itself was unremarkable as it relates to market returns, being a very slightly negative month for North American equity markets but a solidly positive one for the Sui Generis Investment Partners Master LP. It is the first ten trading days of December and the recent credit market developments we have witnessed that have our alarm bells ringing. Compounding the tumult since we last touched base, a December interest rate hike by the United States Federal Reserve has gone from (a) being off the table to (b) being a near sure thing to (c) now being questioned once again. How, you might ask, could there be such last-minute indecision about the first interest rate hike in the United States since June 2006? We do not have nearly enough bandwidth to go over all the contributing factors, however we’re going to touch on what is catching our eye today, and as usual, how we’re positioning our investors to benefit.

Many of the world’s professions are essentially problem solvers that help us navigate our everyday lives. If you become ill (problem), you see your doctor (solution); if your car breaks down (problem), you take it to your local mechanic (solution); if someone sues you (big problem), you call your lawyer (a no doubt long, drawn out solution); if the collapse in commodity prices extends to oil and the high yield debt market implodes as a result of said collapse, creating a contagion across both bond and equity markets (enormous problem), who exactly would one call? Structurally, the investment world is very different than most other industries in that when a problem becomes apparent to the investing community at large, it is more often than not too late to fix it. What we see unfolding in the high yield (below investment grade) credit market is an issue we worry has no practical solution aside from letting market forces play out, however we think it is prudent to discuss how we see that happening.

The root of the aforementioned enormous problem unfortunately relates back to commodities, a subject about which we have said very few, if any, positive things. The boom in oil and gas production in North America was largely built on a mountain of debt. Disconcertingly, energy and materials represent roughly 50% of all high yield debt issuances in Canada and roughly 23% of issuances in the United States. At least 180 bonds issued by North American energy companies with an aggregate face value of more than $88 billion were trading with an option-adjusted spread of over 1,000 bps (translation: trading as junk). This amount represents more than 40% of the $210 billion of debt in the BofA Merrill Lynch U.S. High Yield Energy Index. Typically we try to avoid jargon and alarmist statistics in Multiple Thoughts, but we thought it was prudent to try to demonstrate the enormity of this issue. Hopefully that demonstration was succinct enough, the point is there are many billions of dollars of debt held by financial institutions and investors that has been issued by companies that don’t have enough cash flow to fund their operations let alone service their debt in today’s environment.

So now that we have identified the foundation of this problem, let’s now look at what is compounding it. We expect that months from now, talking heads will look back and identify December 2015 as the flashpoint of what broke this market with the culprit being the hot investing topic du jour, high yield debt funds. High yield debt mutual funds, exchange traded funds and hedge funds have proliferated over the last decade as yield has become hard to come by. These funds invest exclusively in the sort of bonds that we mentioned above, those with an elevated return/risk profile. Over the last 72 hours, three high yield funds managing $2.1 billion have suspended redemptions, disallowing their investors to get their money back. If they’re the only three, then it’s likely we don’t have much of a problem here, but we would venture to guess we’re closer to the beginning than the end of this problem. Funds suspend redemptions because they can’t value or sell their assets quickly enough to meet investors demand for cash. The problem compounds as bids dry up and the forced sellers have nobody to sell to, eventually taking larger losses on their positions and thus causing more pain for their investors who then redeem more capital from other funds to mitigate risk and the snowball grows. It is at this point that the problem becomes public and you’re likely to read about it, and if you’re reading it, it’s already too late. And just so there can be no confusion, we would like to point out that you’re reading this right now.

So how bad can this get and how long will it last? To even scratch the surface of this we need to circle back around to the first part of this negative loop, which is the painful bear market in commodities and how long it can persist, because if all these companies still had robust cash flow their debt wouldn’t be junk. The entire investing world is attempting to call a bottom in oil, echoing the road trips of our past with the incessant question “are we there yet?” The fact that everyone is trying to call a bottom in and of itself tells us we’re not there yet. We will turn more constructive on energy investments when the consensus believes the sector is un-investable, so it certainly does not feel as though we’re there yet. Too, we believe the “tail” will be drawn out and exacerbated by the very debt that we’ve been discussing throughout this note; let us explain.

You are likely familiar with businesses having “barriers to entry”, however the commodity complex has the misunderstood but acute problem of barriers to exit. Shutting down a mine or shutting in production are complex drawn out processes that aren’t done in haste and most marginal operations will continue producing, at the very least, to make interest payments on all this debt that has created the problem to begin with. Although debt service is paramount, it is by no means exclusive in its influence over unprofitable operations; angry governments threatening expropriation, environmental reclamation costs, and the massive amount of capital tied up in both equipment and people all conspire to keep these companies producing even at staggering losses. These barriers were on full display last week when Glencore, the posterchild for this topic, hosted a conference call to discuss how they would navigate their way out of the mess created by, you guessed it, their $31 billion debt load and the crash in commodities.

When asked about how much longer nickel miners can produce at losses before they are forced out of the market, Glencore CEO Ivan Glasenberg replied, “We are seeing 60 to 70% of the world’s nickel production is cash negative and we all know which operations they are. People are bleeding cash and when I say bleeding…it’s big cash.” He went on further to say, “We (Glencore) don’t understand why people don’t react in the same manner as we do. Other mining companies, big mining companies, keep operations open, praying for better prices.”

We suspect the sort of behavior to which Mr. Glasenberg refers will persist which means the high yield debt problem will get quite a bit worse before it gets better. The underlying issue of these industries hemorrhaging cash isn’t going away any time soon.  More investors will attempt to exit the high yield space and won’t be able to at the valuations they might hope. Bonds will continue to sell off and this should lead to a re-pricing of risk and, we’re sorry to say it, lower equity multiples going forward.  Our former partner and Bay Street legend Jim Doak always used to say “the bond market never lies”, and right now it’s telling us to avoid equities. It is this belief that has Sui Generis defensively positioned and short the market. So before we go let’s circle back around to our question, if the high yield market turns into a real mess who exactly can fix it? The stock response is the Fed…the Fed can fix all market problems can’t they? Ben Bernanke fixed the last credit crisis by lowering interest rates to zero and flooding the market with dollars. But Interest rates are already at zero and, for the moment anyway, the Fed appears poised to raise interest rates later this week, potentially exacerbating the issue we’ve been discussing by tightening monetary policy at exactly the wrong time. Keep a close eye on this over the coming weeks and months but we suspect the stampede for the exit will get so loud that central banks will eventually step in to control the issue by providing liquidity, effectively closing the barn door. The problem of course is that by then there won’t be a horse in sight.

Inflation and unemployment are often considered to have an inverse relationship. When employment rates are low, there is competition for workers and wages go up, assuming supply and demand... read more

Private equity funds raised a total of $345bn in 2016, on par with the post-Global Financial Crisis record. Half of all funds closed exceeded their target size, with the... read more

Martha Stewart Living Omnimedia, Inc. (NYSE:MSO) announced on Wednesday that Chief Executive Officer Lisa Gersh is leaving after less than a year in the role. The executive joined the company in May... read more 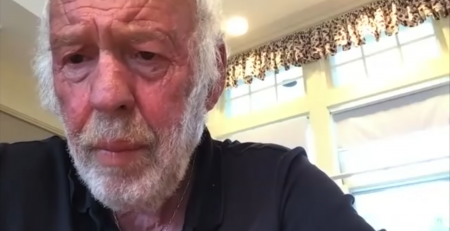 Here’s a great interview with Jim Simons on the Into The Impossible Podcast in which he discusses life lessons and leadership lessons, including his thoughts on decision making which... read more

Tesla Motors Inc. (NASDAQ:TSLA) has been under a bit of pressure lately - there are questions regarding two accidents, accounting, its bid to purchase SolarCity Corp (NASDAQ:SCTY) bid and more.... read more

This does not come as a surprise, the doom of commodity trades and hedge funds was written quite a while ago and all or at least most of the... read more