Which Shareholders Benefit From Low-Cost Monitoring Opportunities? Evidence From Say On Pay – Introduction

Who monitors and disciplines management—is it the small shareholders of the company, or the large ones? And from an investor’s perspective—should one bother monitoring her small investments? The traditional view in the finance literature is that shareholders holding a large stake in a company are more likely to take costly actions, such as initiating a proxy fight or confronting management, while small shareholders will enjoy a free-ride (Grossman and Hart, 1980; Shleifer and Vishny, 1986; and Hart, 1995).

Recently, shareholders were given a new opportunity to monitor their companies. Effective January 2011, shareholders of companies listed in the U.S. were given a relatively costless opportunity to provide feedback to management through the “Say On Pay” (SOP) vote.1 The formal goal of the SOP vote is to allow shareholders to express whether they approve of the compensation awarded to the named executive officers of a firm during the previous fiscal year.2 However, as Iliev and Vitanova (2015) and Cuñat, Gine, and Guadalupe (2015) argue, the SOP is an opportunity to provide a more general feedback to management.

We find evidence documenting the pattern of small shareholders opposing the SOP vote, by examining Say On Pay votes cast on three levels. The first voting level we examine is at the aggregate level. We find that, in companies with a large percentage of shares held by blockholders (defined as any shareholder holding at least 5% of the outstanding shares; henceforth, “5% blockholders”, or “blockholders”), shareholders are more likely to vote in support of management on SOP. Thus, when ownership is more concentrated, shareholders are likely to enforce less stringent monitoring through the publicly disclosed SOP vote. In contrast, when a company’s shareholder composition is dispersed, shareholders are more likely to oppose management on the SOP vote. We estimate, for example, that, if the median company, in which 24% of the outstanding shares are held by blockholders, were to shift to a shareholder composition with no blockholders, the opposition rate to the Say On Pay vote is expected to increase by approximately 12.1%.

One of the never-ending and controversial inequality issues is work effort. It's an age-old dilemma on who works harder. Are top earners perceived as more successful because of their hard... read more

Maria Bartiromo talks markets with legendary money manager Mario Gabelli. Find out where he sees opportunities to put money to work, and where he sees the markets heading next. ... read more 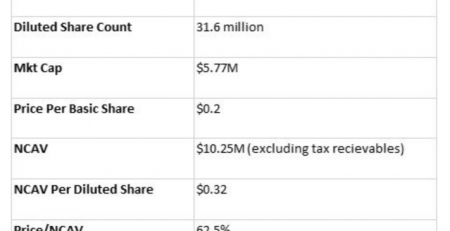 f you're needing to wake up from the feast you had, this will be a great read with lots of points to learn from. Q3 hedge fund letters, conference, scoops... read more

What Will Happen If China’s Economic Bubble Bursts?

H/T ZeroHedge Japan’s economy has entered a temporary lull, but according to our outlook, will avoid recession. Japan to see real GDP growth of +1.0% in FY15 and +1.7% in FY16,... read more