The Equity Plan Scorecard (EPSC) policy allows more nuanced consideration of equity incentive programs, which are critical for motivating and aligning the interests of key employees with shareholders, but which also fuel the lion’s share of executive pay and may be costly without providing superior benefits to shareholders. While most plan proposals pass, they tend to get broader and deeper opposition than, for example, say-on-pay proposals (e.g., only 57 percent of Russell 3000 equity plan proposals garnered support of 90 percent or more of votes cast in 2015 and as of this publication, compared with 78 percent of say-on-pay proposals that received that support level during the same period). The voting patterns indicate that most investors aren't fully satisfied with many plans.

ISS' EPSC policy is rooted in several years of feedback from clients as well as issuers indicating that, while a proposal's estimated cost to shareholders is important, other factors warrant some consideration in voting decisions on equity proposals. A majority of investor participants in ISS' 2012 policy survey, for example, indicated that factors such as low average burn rates, double triggered change-in-control vesting, reasonable plan duration, and robust vesting requirements should be either somewhat or very much considered in equity proposal evaluations, and a majority of issuer participants also favored consideration of reasonable plan duration and low relative burn rates, as well as long-term TSR performance. In the 2014 ISS policy survey, 75 percent of investor respondents indicated that performance conditions on awards should be “very significant” when weighing factors in a holistic approach to equity plan evaluation. More than 50 percent mentioned other features, such as minimum vesting requirements and repricing authority as “very significant,” while a majority also cited plan cost and burn rates as important. Both issuers and investors who submitted comments during ISS' 2014 Policy Consultation period also expressed support for a proposed “scorecard” approach to the evaluation. And participants in ISS' 2014 Compensation Roundtable voiced similar support, citing estimated plan duration as an important factor and also agreeing that separate scoring models for different size companies would be appropriate.

In the course of developing the new model, ISS conducted regression analysis to identify factors with measurable correlation to superior or lagging long-term shareholder return performance; certain factors, including burn rate and repricing authority, showed significant association with performance over time. Finally, ISS conducted extensive back-testing of prototype scorecards for various index groups, which guided development of four models that reflect a combination of all of the above input, feedback, and testing. These models are not designed or intended to change the general mix of ISS recommendations, although the vote recommendation for a particular plan may differ from those under prior policy in some cases.

The EPSC considers a range of positive and negative factors, rather than a series of “pass/fail” tests, to evaluate equity incentive plan proposals. Factors are grouped under three “pillars”: Plan Cost, Plan Features, and Grant Practices. Each factor has a maximum potential score (i.e., weighting), with 53 out of a maximum 100 total potential points required to “pass” the EPSC model.

The policy in effect for shareholder meetings as of Feb. 1, 2016, also will continue to result in negative recommendations for plan proposals that feature certain egregious characteristics (such as authority to reprice stock options without shareholder approval). Additionally, in cases where a proposal will not increase plan cost, and positive aspects or changes being made outweigh any negative amendments, ISS may recommend that shareholders support the plan regardless of the EPSC score. In general, however, a company's total EPSC score — considering the proposed plan and certain grant practices relative to applicable factors — will determine whether a “For” or “Against” recommendation is warranted.

What specific changes were made to the EPSC policy for 2016?

The basic EPSC policy has not changed, but effective for meetings as of Feb. 1, 2016, the following adjustments will apply to EPSC evaluations:

Which types of equity compensation proposals will be evaluated under the EPSC policy?

Proposals related to the following types of equity-based incentive program proposals will be evaluated under the EPSC policy:

Other types of equity-based compensation proposals will continue to be evaluated as provided under ISS' policy for Equity-Based and Other Incentive Plans.

Blackstone Buoys Indian PE With Mphasis Acquisition by Kevin Dowd, PitchBook Blackstone continues to put its dollars to work in India. The PE behemoth has agreed to pay somewhere between $825... Read More

FPA Capital Fund Q4: Who Said 13 Was An Unlucky Number?

FPA Capital Fund portfolio commentary from q4 letter. FPA Capital Fund: Introduction Who said thirteen was an unlucky number? It must have been an equity short seller because the thirteenth year... Read More

The third quarter filings season finished the last week so we put together another review of activist investor trends. To remain consistent, we used the same list of managers... Read More 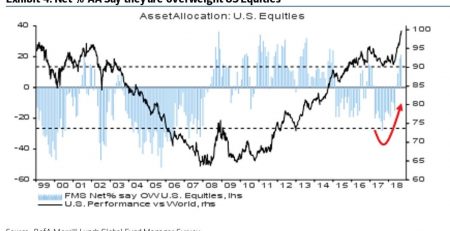 The Q&A session at the recent Pabrai Funds annual meeting featured the following priceless exchange between the value investing guru and a boy sitting in the auditorium with his father: Boy:... Read More