A look back on the best calls of 2015 and campaigns to watch in 2016 from Activist Shorts website. The full PDF can be obtained by contacting the research firm. Below are excerpts from the most recent edition – posted with permission.

Activist shorts had another big year.

Short campaigns saw an average campaign-length return to the company of about -20 percent. We also saw the debut of dozens of new activist short sellers.

Among the flurry of shorts, we would like to highlight some of the best calls of the year.

We bring you our:

A review of new and noteworthy short sellers,

In our Summer Quarterly, we discussed the challenges of anonymity with short-seller and self-styled righter of corporate wrongs Anonymous Analytics. Anonymous remarked that it attempted to overcome these hurdles by producing superior and high quality work that stands on its own. We certainly think Anonymous has achieved its goal.

Focused mostly on fraud and Chinese corporations, the short-seller has issued lengthy reports on eight companies so far. One of these companies, a $7.6 billion Chinese chemical manufacturer called Tianhe Chemicals, was the subject of a 67-page report detailing its financial “alchemy” late last year.

In its report, Anonymous said Tianhe was “a massive fraud and one of the largest stock market scams ever conceived.” Asserting that Tianhe generated only a fraction of its reported profits, the short-seller alleged that its revenue was 85% overstated, that its net income was 100% fabricated and that Tianhe had even gone so far as to create two sets of books for different auditors.

“A looming disaster” is what Kynikos Associates’ Jim Chanos called the liquefied natural gas (LNG) space in a September interview, noting that he had been negative on the industry for six months. Chanos said LNG was viewed as a savior for natural gas, as a way to fill an incredible energy demand in Asia. But he said the problem was that “everybody figured this out…at the same time.”

The result, according to Chanos, was a massive buildout of excess capacity, which he said would increase as much as 80% in six years. Yet, he said LNG demand was no longer growing, while debt-laden plants flooded the market. With that, Chanos unveiled his short on Cheniere Energy, a LNG developer with plans to become the first exporter from the lower United States.

Over the next few months, Chanos elaborated further, noting that investors saw Cheniere’s 20-year “take-or-pay” contracts as safe. Yet, the short-seller said the contracts only covered 87% of the company’s commissioned capacity and represented less than half of its “dream” $4.1 billion EBITDA. He added that Qatar’s willingness to renegotiate similar agreements called into question the sacrosanctity of “take-or-pay” in a declining commodity environment. Chanos also related that the remaining 13% of capacity was uncontracted and would struggle to break-even. As a result, he said the company would have to depend on the disarrayed spot market, but he noted that Cheniere’s margin assumptions implied a premium to spot prices.

Founded by Andrew Left, Citron Research has one of the longest published records as a short-seller, with a chronicle of frauds and terminal business models stretching back to 2001. Adding to Citron’s 14-year track record of successes, 2015 was a banner year for the short-seller, packed full of that for which it is best known: lively short reports and market-toppling tweets.

Starting off its memorable year, Citron asserted in late 2014 that GoPro’s share price would fall from around $84 to $30 within 12 months. Yet, Citron suspected that GoPro would be fortunate to maintain even that price, as the short-seller predicted that the consumer electronics corporation could not become the media company Wall Street had envisioned. After an early run-up in the beginning of 2015, the stock reached Citron’s target a month ahead of schedule, breaking $30 in late September. GoPro continued to tumble below its IPO price through November.

Near GoPro’s peak in mid-summer, Citron expanded its allegations with a short on Ambarella. Citron asserted that the $4 billion video chip maker rode GoPro’s coattails up to its oversized enterprise value, a valuation that Citron said exploded faster than Uber’s. But, Citron warned that Ambarella soon faced commoditization and a declining technological edge. As the short behind Plug Power, our 2014 Valuation Call of the Year, Citron certainly knows bubbles, but this bubble burst even faster than expected—in just six months, Ambarella has already fallen past Citron’s 12-month target of $60.

As you may recall, we have highlighted our favorite activist short ideas in each of our four previous quarterly reports. We started noting the performance in our last quarterly, and this is our second update.

The returns to a short-seller are extremely impressive, with the average idea down 21.5%, 18.1% more than the S&P 500 over the same time frame. Even among companies above $1 billion at selection, returns are –17% (good for the short-seller), underperforming the S&P 500 by 12%.

The July 2015 quarterly was especially impressive, with the five ideas down an average of 41% in just six months (all five companies had market capitalizations above $1 billion).

Only about 6% of campaigns in 2015 saw shareholder activism on the long side, but American Capital was one of those rare instances. Opposing perspectives surrounded the company in mid-November, with 8.4% stakeholder Elliott Management openly encouraging American Capital to forego a previously announced spin-off. In an earlier letter, 2.6% shareholder Orange Capital had also called for repurchases to “build immediate credibility” for the company.

Subsequently, in early December, a new firm called FultonView Research released its debut short report. FultonView said that Orange Capital and Elliott had based their theses on the assumption that American Capital’s reported NAV was a true reflection of the company’s underlying assets. FultonView boldly concluded that their assumption was wrong.

Muddy Waters’ Carson Block, known for targeting accounting fraud in Chinese corporations, not long ago announced that his theme for 2016 is shorting “heavily financially engineered companies.” In mid-December, Block got a jump-start on his New Year’s resolution with a short position in Groupe Casino, a French mass retailer.

Keeping in line with Block’s added assertion that “European companies are ripe for shorting because of their indebtedness and a lack of scrutiny by investors,” Muddy Waters said that Groupe Casino’s financial statements were “literally meaningless” when it came to understanding the company’s dangerous leverage. The short-seller also alleged that Groupe Casino’s financial engineering obfuscated its true issues and that its deleveraging plan simply served to hollow out the company’s productive value, essentially to keep its “parasite” parent company, Rallye SA, from collapsing.

Without a doubt, The Street Sweeper had a productive 2015; we’ve followed over 47 of the short-seller’s campaigns this year. Yet despite its plethora of novel ideas, one of our favorites was a 2011 vintage that The Street Sweeper brought back into its crosshairs for a second time this year, an organic light emitting diode (OLED) company called Universal Display.

In 2011, The Street Sweeper criticized Universal Display for discrepancies between the company’s actual contract with Samsung versus a press release describing the deal, as well as for its weak patents. Prominent short-seller Asensio & Co. must have taken notice, as it added to the criticism of Universal Display’s patent claims via 32 rapid-fire web posts at the end of 2013. The European Patent office revoked one of the patents shortly after.

In October, a short-seller with an affinity for exposing “fraud and corruption” released a condemning report asserting that Western Union had manipulated its EPS numbers. In its allegations, Anonymous Analytics further detailed a number of accounting concerns and a tax “black hole” at the 164-year-old payments company.

In particular, Anonymous questioned four of the company’s prior quarterly earnings beats, alleging that the company had directly influenced its own share price through reporting large cost capitalizations in Q1 2012, Q4 2012 and Q4 2013. Anonymous said Western Union’s large cost capitalizations also allowed the company to beat its Q2 2015 earnings estimates; however, Anonymous said that if the company capitalized contract costs that were truly consistent with its own historical average, Western Union would have actually missed EPS estimates by 2%.

At the Sohn Investment Conference in early December, Muddy Waters said California-based email security company Proofpoint was not just a unicorn, but a “rocket powered unicorn.” In its presentation, Muddy Waters colorfully illustrated its unicorn and the company’s rocketing over-valuation in the face of increasing net losses. The short-seller darkly concluded that, for Proofpoint, “The skies ahead aren’t so blue.”

Warren Buffett has long been pessimistic about the airline industry. Buffett said the following in the 2007 Berkshire Hathaway shareholder letter: Get The Full Warren Buffett Series in PDF Get the... read more

Carl Icahn was on Fox Business Network today to discuss on his showdown with Michael Dell to take over Dell and also to brag a little about Herbalife.   The full... read more

A worrying trend is starting to show through at large-cap US banks. In recent weeks and months, commercial and industrial loan growth has slowed, prompting analysts to warn of... read more 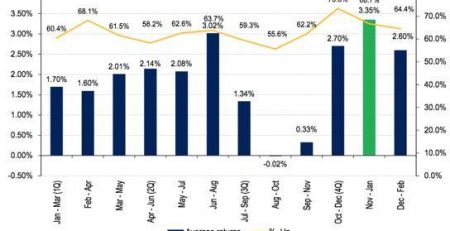 Hugh Hendry's The Eclectica Fund commentary for the period ended May 31, 2015. Big comeback and lots to digest here (also those china futures probably not looking too good... read more