Actual And Perceived Financial Sophistication And Wealth Accumulation: The Role Of Education And Gender

This study examines the role of actual and perceived financial sophistication (i.e., financial literacy and confidence) for individuals’ wealth accumulation. Using survey data from the German SAVE initiative, we find strong gender- and education-related differences in the distribution of the two variables and their effects on wealth: As financial literacy rises in formal education, whereas confidence increases in education for men but decreases for women, we observe that women become strongly overconfident with higher education, while men remain overconfident. Regarding wealth accumulation, we show that financial literacy has a positive effect that is stronger for women than for men and is increasing (decreasing) in education for women (men). Confidence, however, supports only highly-educated men’s wealth. When considering different channels for wealth accumulation, we observe that financial literacy is more important for current financial market participation, whereas confidence is more strongly associated with future-oriented financial planning. Overall, we demonstrate that highly-educated men’s wealth levels benefit from their overconfidence via all financial decisions considered, but highly-educated women’s financial planning suffers from their under-confidence. This may impair their wealth levels in old age.

Actual And Perceived Financial Sophistication And Wealth Accumulation: The Role Of Education And Gender – Introduction

Recent technical advances and market liberalization processes have strongly raised the complexity of the financial environment that consumers face today. At the same time, changes to social security and pension systems have left private individuals with much higher responsibility for their own financial well-being. Fueled by the widespread losses in the financial crisis 2007/08, many observers have therefore begun to question whether consumers possess the necessary knowledge and competence to make increasingly complex but important financial decisions (Mishkin, 2008).

As a consequence, a growing body of research has started to examine individuals’ financial literacy, defined as \the ability to use knowledge and skills to manage one’s financial resources effectively for lifetime financial security” by the Jump$tart Coalition for Personal Financial Literacy in 1997. Various studies indicate that a large fraction of the population indeed lacks basic financial knowledge and that this severely hampers their financial engagement (Bernheim and Garrett, 2003; Bernheim, Garrett, and Maki, 2001; Lusardi and Mitchell, 2007; Lusardi and Mitchell, 2011). While knowledge improves information processing and, hence, reduces the cost of financial market participation, self-confidence has been shown to be an equally important driver for engagement (Odean, 1998; Odean, 1999; Camerer and Lovallo, 1999; Grinblatt and Keloharju, 2009). This holds particularly when difficult decisions have to be made and feedback is noisy and infrequent (Bandura and Locke, 2003), as can be expected to be the case for many financial decisions.

This paper combines the two aspects and examines whether both objective financial literacy and subjective confidence, i.e. actual and perceived financial sophistication, influence wealth. We also consider financial market participation and financial planning as two major channels via which wealth can be accumulated. Since differences in self-perceptions have been attributed to, inter alia, gender stereotypes (Niederle and Vesterlund, 2007) and meta-cognitive skills (Kruger and Dunning, 1999), we take particular care in allowing for potential gender disparities and gaps in formal education. In doing so, we complement the earlier literature on behavioral biases in financial decisions that has mainly considered the choices of male experts, for instance executive managers (Gervais, Heaton, and Odean, 2011; Adam, Fernando, and Golubeva, 2015; Huang, Tan, and Faff, 2015), portfolio managers (Puetz and Ruenzi, 2011; Gloede and Menkhoff, 2014) or traders (Hirshleiferand Luo, 2001; Palomino and  Sadrieh, 2011; Sonsino and Regeff, 2013). Less is known about the impact of self-confidence on male and female amateurs’ financial decisions and wealth accumulation. This is where our study tries to contribute.

Based on survey data from SAVE, a representative panel of German households, we find not only that actual and perceived financial sophistication diverge in correspondence with respondents’ gender and formal education, but also that they have different, independent effects on individuals’ financial decisions and wealth levels. Four main sets of results are derived. The first considers the development of financial literacy and confidence over different educational levels of survey respondents. We observe that with rising education, financial literacy increases – with a stronger effect for women than for men. The confidence regarding this knowledge, however, increases in education only for male respondents but decreases for female respondents. As a consequence, women with higher than basic education are shown to be strongly under-confident of their actual financial knowledge. Men, in contrast, are found to consistently overestimate their expertise, though their overconfidence decreases in education.

This gender- and education-related divergence between actual and perceived financial knowledge appears to be also relevant for the accumulation of respondents’ wealth levels. Our second set of results demonstrates that objective financial literacy plays a role in the build-up of wealth for all respondents. Interestingly, the positive impact of financial literacy is much higher for women than for men. It furthermore increases in women’s educational attainment but decreases in men’s. Subjective confidence, in contrast, influences the wealth-accumulation only for men with higher than basic education. Hence, both actual and perceived financial sophistication play important roles for the wealth-accumulation of relatively highly-educated men, but for women and lowly-educated men only actual knowledge is relevant.

Third, we examine the channels via which actual and perceived financial sophistication may lead to the observed wealth effects. We study the decision to invest and the amount invested in risky assets as proxies for current financial market participation. We also examine future-oriented financial planning behavior, i.e., the decision to save regularly and the annual savings amount, as well as the self-assessed degree of preparedness for retirement. With respect to financial market participation, we find that financial literacy has a positive impact for both male and female respondents. Again, the effect is increasing in education for women but decreasing for men. Confidence, however, influences only men with at least intermediate education. The structure of effects hence closely parallels those on wealth accumulation. With regard to future-oriented financial planning, in contrast, the impact of self-confidence is much stronger. We observe that both men and women are positively affected by their confidence if they hold sufficiently high education. Objective financial literacy has only fragile effects on financial planning that are also of much smaller size. 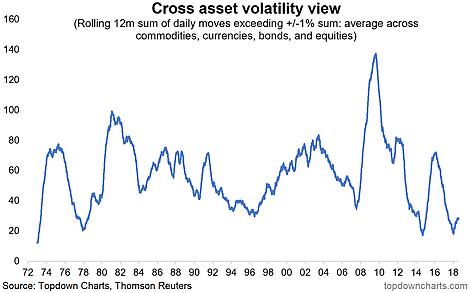 This unassuming chart contains a wealth of information about the challenges we currently face with active asset allocation and the global macro backdrop.  Basically what it shows is an... read more 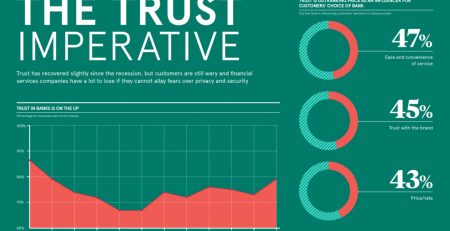 In the digital age, money is becoming less tangible. Q1 hedge fund letters, conference, scoops etc Not only is carrying physical cash more of a rarity, but we are now able... read more

Let me tell you a Halloween horror story. This month it was announced that the federal budget deficit had jumped 17 percent to $779 billion in 2018. This was larger than... read more

To kick off the new year, we're giving our Spotlight subscribers an exclusive sneak peek at the upcoming 2017 Preqin Global Private Equity & Venture Capital Report, including: A... read more

In this session, Aswath Damodaran looks at how choose between projects (with similar and different lives/scales) and to deal with project side costs and benefits. Aswath Damodaran: Project interactions, side... read more

GMO's second quarter letter to investors Over the past year or so, there has been a welcome change to the culinary landscape of the Boston financial district. After two decades... read more