Extreme events in financial markets can arise from fundamental information, but they can also arise from latent hazards embedded in the market design. This is systemic risk and somebody bears this risk. These events add to risk and their probability and severity must be accounted for by market participants. This paper shows how this risk fits into the finance literature, and that from an engineering perspective this risk in markets has never been lower. The industry is evolving to mitigate this risk. This paper presents an overview of the complexity of the automated market network and describe how market participants interact through the exchange mechanism. It defines new terms and a new framework for understanding the risk of extreme market moves from a reliability and safety perspective.

Unlike the aftermath of other market snafus, such as the Knight Capital algorithm disruption in 2012, the botched Facebook IPO that same year, and the 2010 ‘flash crash’, the three-and-a-half-hour NYSE outage of July 8[, 2015] isn’t being rehashed continuously with recriminations flying across CNBC. -Markets Media [2015]

Systemic risk (SR) in financial markets is the risk that the financial system (or a significant portion of it) will no longer perform its function (Poledna, et al. [2015]). This risk is often thought of as arising from a trigger failure (of a component firm in the system) that propagates or cascades through the system, causing other components to fail. In the listed markets for securities and derivatives, SR emerges from the synchronized behavior of (largely) algorithmic traders, the introduction of unintended order messages and transactions by out of control algorithms1, or a cybersecurity breach. In listed markets, algorithmic agents interact in various machine-mediated ways and through different products and network paths (see Cozzo, et al. [2015]). Because algorithms are programmed to respond to the market activity of other algorithms, there is a potential for positive feedback looping, which could amplify changes and move the system away from its equilibrium state. The flash crash of May 6, 2010, is an example of this kind of synchronization. The Knight Capital2 meltdown of August 1, 2012 is an example of SR from an out-of-control algorithm. While no known cybersecurity breaches have yet  caused a market disruption, regulators are moving quickly to address the issue. In stark contrast, then, is the NYSE outage of July 8, 2015. This event shows that SR from component failures has been reduced over the years. Things are getting better. It had little, if any, effect on the ability of the market to perform its function.

Assessments of the ability of a financial system to perform its function are intimately related to concepts of quality, reliability, and safety, which are well-developed in the literature of industrial engineering. One of the central ideas in this literature is that hazards are embedded in the design of the system. Or, in other words, SRs are design flaws. One of the problems with analysis of SR in this arena is that the multiplex algorithmic network that is the listed markets consists not just of interconnected counterparties and the exposures among them, but also of agents that facilitate transactions between those counterparties—broker/dealers, clearing houses, exchanges, even independent software and hardware vendors. Failures of these agents’ technologies can also trigger SR events, or what could be called market mishaps in the parlance of hazard analysis.

Extreme events are where reliability engineering and market risk intersect. An engineering perspective of risk in financial markets considers extreme events that arise either from the arrival of unforeseen information about fundamental values (say, of stocks), or from triggers of latent hazards embedded in the market design, including regulations and technology architectures. The flash crash is just such an event, the realization of a hazard risk. A latent hazard can be anything from a software bug in a trading algorithm to a macro-market system design that lacks redundant control measures. Some events propagate across the market network, as in the case of the flash crash, while others cause the firm to fail, but not the market itself, as in the case of Knight Capital.

Extreme events such as these add to the standard deviation of price moves, and their probability and severity must be accounted for (either explicitly or implicitly) by market participants. Someone bears the risk—either traders or society—through trades not consummated, higher implied volatilities, or wider spreads. Option traders must increase implied volatilities to account for unknown risks. Liquidity providers must charge a higher premium for their adverse selection risk. Yet, no methodology exists to assess the costs of (what is essentially) mishap risk in the markets.

In this paper, we attempt to describe the multiplex algorithmic network and develop the concepts of quality, reliability, and safety3 for it. We present data that shows a “quality and reliability revolution” in financial markets is already well underway, and has been for at least five years. The industry appears to already be well beyond Six Sigma. Rather than policing quality, society would be better served if regulators moved on to focus on increasing the reliability and safety of the complex market network.

This is a rare video of Ray Dalio, its from 2009 (before the hedge fund was super famous), we thought readers would enjoy as we have not seen this... read more

With the BoJ moving to negative policy rates in January, we now have five central banks offering negative rates on reserve deposits, making up more than 20% of the global... read more 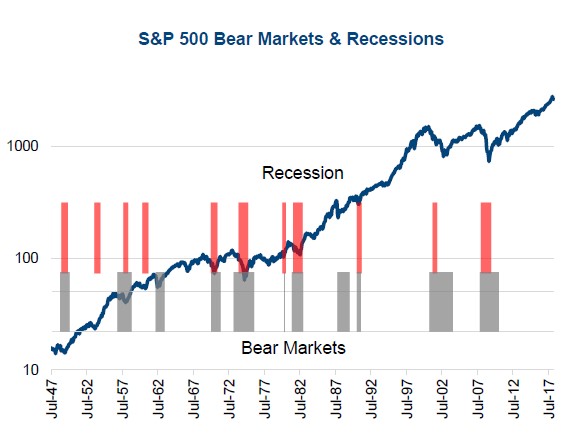 All you really need to know is whether or not there will be a recession in the next six months. Ok, that is an exaggeration but bear with us.... read more

David Winters of Wintergreen Advisers is posting a lot of great videos on their youtube account (and best of all no ads on them). For your convenience we are posting them... read more