With the stock market down significantly Monday – the S&P 500 ended down 31 points yesterday, its worst start since 2008 – and pre-market futures pointing to soft opening on Tuesday of a new year, Bank of America Merrill Lynch’s Equity and Quant Strategy team was out with a report dated December 30 that explained why the January effect is less likely to occur in 2016, bolstering their quant thinking with fundamental logic.

It’s been nearly three months since Mohamed El-Erian announced his plans to step down as CEO and co-chief investment officer of Pacific Investment Management Company (PIMCO), with rumors and... read more 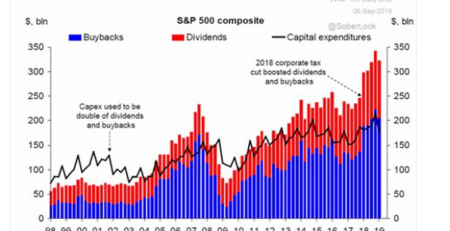 Debt owed by governments, businesses and households around the globe is up nearly 50% since before the financial crisis

Q2 hedge fund letters, conference, scoops etc “Debt owed by governments, businesses and households around the globe is up nearly 50% since before the financial crisis to $246.6 trillion at... read more

Border Taxes Now that President Trump’s inauguration has taken place, the debate has returned to his potential policies and what they could mean for the US economy, as well... read more

Using data taken from Preqin’s Hedge Fund Analyst, hedge funds added gains of 1.72% in February which takes the industry benchmark to 1.42% for the year to date. Despite... read more

Americans Are Not Getting Enough Sleep

If you are married, white, Hispanic or Asian there is a good chance you are getting a full night’s sleep. If you are divorced, don’t have a college degree... read more

Difference between Binary Prediction and True Exposure, with Implications for Forecasting Tournaments and Prediction Markets: Taleb

Binary prediction:  There are serious differences between predictions, bets, and exposures that have a yes/no type of payoff, the "binaries", and those that have varying payoffs, which we call... read more

Exploring the Performance of Chinese ADRs--Watch out Below! By Yang Xu of AlphaArchitect  Due to the recent IPO craze associated with ALIBABA (NYSE:BABA), we received increased interest from investors wanting to learn more about Chinese... read more