Exposure to the out-of-home media thematic, namely APN Outdoor (APO), oOh!Media (OML) and QMS Media (QMS), has proven to be extremely rewarding for investors throughout the calendar year. We wrote about APO, OML and QMS and why we are attracted to the out-of-home media space in both the October and November reports. These stocks each experienced ongoing positive share price momentum into December, posting double-digit gains for the month. Despite the strong share price performance, we remain attracted to these companies longer term. All three are benefiting from dual tailwinds, namely an increasing audience driven by a rising population that is increasingly ‘out and about’ (while competing mediums, such as television and print, face structural decline) and a strong revenue and margin uplift that comes from converting static billboards to digital billboards.

Our fund manager holdings, namely Henderson Group (HGG), BT Investment Management (BTT) and Magellan Financial Group (MFG), capped off a strong calendar year by posting strong double-digit share price gains in the December quarter. All three companies have the attributes we consider essential to any successful funds management business. These include: a) a recognized and trusted brand name, b) credible portfolio managers with excellent performance track records and c) high quality distribution teams that are capitalizing on the strong performance of the managers. All three companies have strong growth trajectories heading into calendar year 2016 and remain core holdings of the Mandate.

Fisher & Paykel Healthcare (FPH) (+28.6%) – portfolio stalwart, FPH, re-rated during the quarter, particularly following the release of its H1 FY16 financial results in late November. We expect both the respiratory and acute care division and the obstructive sleep apnoea division to continue to grow at double-digit rates over the medium term driven by market share gains and new product launches. Margins are continuing to improve due to an increasing proportion of manufacturing coming from the company’s lower cost facility based in Mexico, and less from the traditional manufacturing base in New Zealand. Although we trimmed our weighting slightly into share price strength, FPH remains a core holding of the Mandate.

Hansen Technologies Limited (HSN) (+11.0%) – in December, the Mandate was the beneficiary of a strong earnings update from HSN with the company flagging stronger-than-expected revenue for the first half, as well as margins at the top end of expectations. HSN is an Australian-based company that develops, implements and supports proprietary billing solutions and customer care for service providers within the energy, pay TV and telecommunications sectors. HSN has grown rapidly in recent years following a series of well executed offshore acquisitions and now has installations in over 45 countries and offices in Australia, United States, New Zealand, China, Denmark, Germany, Argentina, South Africa and the United Kingdom. The business operates in defensive industries and has sticky a customer base which are clearly attractive investment qualities.

Slater & Gordon Limited (SGH) (-73.8%) – the biggest detractor for the Mandate in the December quarter was SGH which was down 73.8%. As mentioned in the November report, the Mandate exited the stock following the announcement of proposed regulatory changes to the UK road traffic accident compensation regime. It was a disappointing outcome for investors but when the facts change, we are always prepared to change our mind and so we have sold the position.

Subsequent to our exit, SGH has stepped away from its full-year earnings guidance citing slower-than-expected case resolutions in parts of its UK business. The stock has continued to trade lower and there is talk of a potential investor class action against the company and its directors for misleading the market.

Simonds Group (SIO) (-30.1%) – was the other key detractor from portfolio performance during the quarter. The company suffered the dual impact of the departure of its well-regarded Managing Director, Paul McMahon, as well as news it would conduct a strategic review of its business-to-business project builder, Madisson Projects, which is currently loss-making. Although Madisson Projects only contributes 10% of group revenue, its likely closure involves a degree of management distraction and uncertainty for SIO as well as the one-off costs associated with the closure in FY16. On a more pleasing note, SIO announced that its 100% owned subsidiary, Builders Academy Australia (BAA), had been awarded a VET FEE-HELP contract by the Federal Government. This security of funding in a difficult regulatory environment is a major positive for BAA and will enable it to offer diploma and advanced diploma courses nationally. Sentiment towards SIO is still poor, although the stock looks cheap at these levels.

Global equity markets have been sold down aggressively at the start of the new calendar year and the Australian bourse fell on eight of the first nine trading days of the new year. The primary catalyst for the share market rout has been concern that China’s growth is stalling as it navigates the transition from an investment-led economy to a consumption-led economy. Compounding matters, Beijing implemented, and then withdrew, a series of share market and currency controls to stabilise its markets but which ultimately only served to heighten volatility.

Concerns about China have been exacerbated by uncertainty about the impact of rising US interest rates on asset prices in the coming year, ongoing conflict in the Middle East and flaring tension on the Korean Peninsula following claims North Korea had expanded its nuclear capabilities by detonating a hydrogen bomb. Adding to investor concerns, the oil price has hit a 12-year low as consensus expectations for global growth in the new calendar year are revised downward.

While investors are understandably nervous, we do not believe the present market volatility is a precursor to a more substantial market fall and we remind investors to stay focused on the fundamentals. Nothing has fundamentally changed in the global economy and the US economy remains on a sound footing, although recent activity in China has made investors extremely wary. Concerns about the slowing Chinese economy are not new and have been factored into our portfolio construction for some time. We are conscious of the fact the Australian economy relies heavily on China as a driver of domestic growth and this, in part, explains why we have been so bearish on the Australian economy and, in particular, domestic cyclical stocks for the past 18 months. The Mandate currently has limited exposure to either commodity stocks or companies that are heavily dependent on China to generate earnings growth.

The Mandate has entered the new year in very good shape with a raft of holdings with strong balance sheets and operations that will continue to grow their earnings irrespective of a slowing Chinese economy.

As a reminder to investors, our portfolio has long been underpinned by companies that can grow their earnings outside of the economic cycle including Fisher & Paykel Healthcare, Veda Group, Hansen Technologies, iSentia and The Citadel Group.

The Mandate also holds a number of stocks that have structural growth drivers including the outdoor media stocks (APN Outdoor, oOh!Media, QMS Media), online real estate company, REA Group, and media intelligence company, iSentia, which is benefiting from the proliferation of social media.

We also hold OzForex and Aconex which both have disruptive business models and are growing their revenue and earnings rapidly and are unlikely to be materially impacted by the current gyrations in global markets.

Rapid sell-offs such as the current one will often throw up investment opportunities as stocks are sold down below their intrinsic value by investors who either can’t stomach the possibility of further losses or who see this as the start of a protracted bear market. We are closely monitoring global events and while we are yet to meaningfully deploy any of our excess cash, we anticipate that the coming weeks could throw up some compelling investment opportunities should the fundamentals of the global economy not deteriorate further. 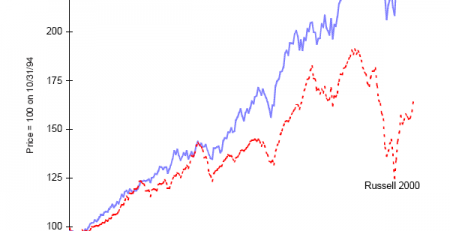 Sell in May and Go Away: Academic Study

The old, somewhat simplistic, investment strategy, “Sell in May and Go Away” (also known as the “Halloween” strategy), has enjoyed unbroken popularity in the academic literature as well as... read more

In A Nation Of Savers, Employees Are Inadequately Prepared For Retirement

In A Nation Of Savers, Employees Are Inadequately Prepared For Retirement - Willis Towers Watson If not acted upon soon, in the next decade or two, India might be faced... read more

After receiving backing from the largest investor, Vodafone Group Plc (ADR) (NASDAQ:VOD) marched forward on Monday in its quest to take over Cable&Wireless Worldwide PLC (PINK:CBWWF). The deal is valued at £1.04... read more 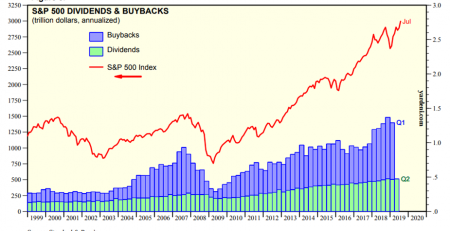 Companies listed on the stock exchange may reward their shareholders in two main ways: by buying back their shares or by paying dividends. Let us remind you the meaning... read more