University of Houston – Department of Economics

This paper presents a new procedure for forecasting recessions utilizing short-term (slope) dynamics present in the yield curve. Building on a large body of literature chronicling the relationship between the shape of the yield curve and the business cycle, this paper employs Dynamic Nelson-Siegel modeling to de?ne the level, slope, and curvature characteristics of the term structure through time. Given these dynamics, the trend and cycle are extracted using various decomposition techniques. It is shown that cycles present within the slope factor are very robust predictors of recessions, correctly identifying recessions as much as eighteen months in advance. A “Predictive Power Score” is developed to quantify the procedure’s performance. This score shows the superiority of the procedure over other common leading indicators including the yield spread.

Trend And Cycle In The Yield Curve: A Procedure For Forecasting Recessions – Introduction

The utility of precisely and accurately predicting recessions is evident. Being able to correctly identify recessions in advance affords monetary and fiscal authorities the foresight needed to effectively implement policies which may help mitigate the real effects of business cycle fluctuations. Moreover, reliable predictions can be used by individuals and fiirms to preserve wealth and shield themselves from impending economics downturns.

This paper exploits information contained in the shape of the yield curve to accurately predict recessions as much as eighteen months in advance. By characterizing the shape of the yield curve via Dynamic Nelson-Siegel modeling (hereafter “DNS”) I improve upon earlier works which look solely at the long-term/short-term spread. The advantage of Dynamic Nelson-Siegel modeling is its ability to incorporate information neglected by the spread and thereby provide a fuller picture of the term structure both statically and dynamically.

The key innovation of this paper is in the treatment of DNS factor dynamics. The DNS model returns three time series corresponding the the level, slope, and curvature factors of the yield curve. By decomposing these dynamic factors into their trend and cycle components I strip away permanent shocks which add noise and isolate transitory components which are more closely tied to the transitory components of GDP, i.e. the business cycle. These filtered dynamics describe the cyclical shape of the yield curve and are used to provide cleaner recession forecasts.

To compare predictive performance across different leading indicators it is necessary to identify a common metric. Another contribution of this paper is the development of the “Predictive Power Score” (hereafter the “PPS”). The PPS is an intuitive and robust metric which distills information about the relative frequency and strength of correct and incorrect predictions. The PPS is easy to calculate and its distributive properties are easy to derive analytically.

Using the PPS I show that my procedure outperforms other common leading indicators (including the spread) at nine, twelve, and fifteen month horizons and has predictive power out to at least eighteen months. It is shown that my procedure generates far fewer “false- positives” (i.e. predicting a recession where there was none) while still correctly identifying all five of the last five recessions at least twelve months in advance.

The phenomenon that markets can aggregate information has been known to economists for many years. For decades researchers have exploited market information to gain insight into the broader aggregate economy. A common question is whether or not market indicators can predict recessions. To answer this, economists have considered any number of indicators including asset prices, money supplies, inventories, sales, consumer confidence and so on. These studies tend to yield mixed results, either failing to predict an impending recession or predicting a recession where there was none. One market indicator which stands out in predicting recessions is the slope of the yield curve. Typically defined as the difference between a long-term and short-term yield, a negative slope (i.e. one where the short-term yield is higher than the long-term yield) is seen as a robust indicator of impending recessions. Following Kessel (1971) a number of studies have gone on to document the relationship between the shape of the yield curve and the business cycle2. Indeed, Wheelock and Wohar (2009) contend that this relationship is something of a “stylized fact.”

One of the main economic success stories over the past 12 months has been the european Economic growth story. After several years of negligible economic growth in Europe, over... read more

To Longleaf Shareholders We are pleased to report that all four Longleaf Funds posted positive returns in the first quarter of 2014. Aside from the Global Fund, which is less... read more 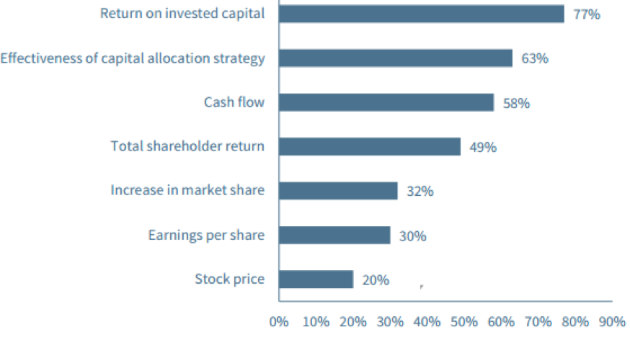