NEW YORK, NY, February 15, 2016 – CUSIP Global Services (CGS) today announced the release of its CUSIP Issuance Trends Report for January 2016.  The report, which tracks the issuance of new security identifiers as an early indicator of debt and capital markets activity, suggests a continued slowdown in new corporate and municipal bond issuance over the next several weeks.

Total CUSIP requests for new U.S. and Canadian corporate equity decreased 5% from December 2015 to January 2016, with a total of 1,487 new identifiers requested over the course of the month.  On a year-over-year basis, corporate CUSIP request volume was down 12% for January 2016 versus January 2015.

Regionally, municipal bond issuers in Texas demanded the highest volume of new CUSIP identifiers in January, accounting for a total of 125 identifier requests during the month.

“The early indications we were seeing in the second half of 2015, which warned of a slowdown in new municipal and corporate debt issuance, are being realized as we kick off 2016,” said Gerard Faulkner, Director of Operations for CUSIP Global Services.  “While there is still some ambiguity in the marketplace regarding the future of interest rate increases, issuers are clearly taking a more reserved approach in the early part of this year.”

“While the uncertainty of the Fed’s timing on interest rate increases certainly drove some year-end surges in new debt issuance last year, the trend is now clear for the next several weeks that we expect to see a decrease in new security issuance,” said Richard Peterson, Senior Director, S&P Global Market Intelligence.  “With new CUSIP request volume trending down in virtually every major asset class this January, we expect the pace of new securities coming to market to follow suit.”

Following is a breakdown of New CUSIP Identifier requests by asset class year-to-date, through January 2016:

The financial services industry relies on our unrivaled experience in uniquely identifying instruments and entities to support efficient global capital markets. Our extensive focus on standardization over the past 45 years has helped us earn the reputation for being the trusted originator of quality identifiers and descriptive data, ensuring that essential front- and back-office functions run smoothly.  Relied upon worldwide as the industry standard provider of reliable, timely reference data, CGS is also a founding member and co-operates the Association of National Numbering Agencies (ANNA) Service Bureau, a global security and entity identifier database for over 25 million publicly trade instruments, contributed by 89 national numbering agencies and 27 partner agencies representing 123 different countries. CGS is managed on behalf of the American Bankers Association (ABA) by S&P Global Market Intelligence, with a Board of Trustees that represents the voices of leading financial institutions. For more information, visit www.cusip.com.

Conflicts of interest were the watchword of the day in Capital Hill testimony on high frequency trading today, as exchanges and dark pools were questioned about their practices. Bradley Katsuyama:... Read More

This is a good one on famous value investors and their biggest investment mistakes - check it out. The Biggest Investment Mistakes - in the Words of Jean-Marie Eveillard, Howard... Read More 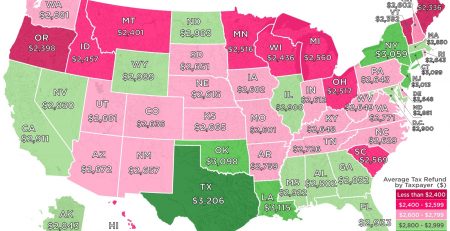 Warren Buffett's Thoughts on GEICO in 1976 by John Huber, Base Hit Investing I’ve been spending the vast majority of my time working on a number of new investment ideas, but... Read More