The 50 largest hedge funds decreased their equity exposure by 1.5% in Q4 2015. Eight out of the 10 GICS sectors experienced aggregate sales, with the Financials and Consumer Discretionary groups leading the selloff. Only the Information Technology and Utilities sectors saw additions to equities during the quarter.

The top 50 hedge funds sold $4.6 billion worth of stock in the Financials sector during Q4, which represented the largest amount of sales of all ten sectors. Within the sector, the Real Estate, Banks, and Diversified Financials industry groups each saw over $1 billion in outflows. Two of the main contributors were American Express and Lloyd’s Banking Group, as hedge funds removed $826 million and $748 million worth of shares in these companies, respectively.

The Consumer Discretionary sector saw the second largest selloff of all sectors during Q4. The top 50 hedge funds sold $4.4 billion worth of stock in the Consumer Discretionary sector, with $3 billion of these sales coming from the Media industry group. Companies such as Comcast, Time Warner Inc., Liberty Global, and CBS Corp. each saw sales in excess of $400 million during the quarter.

Comcast saw the biggest reduction in equity capital in this group. Hedge funds sold over $1.3 billion worth of shares in the media and broadcasting firm, led by Millennium Management and Oz Management. Media companies were not the only firms within the Consumer Discretionary sector that hedge funds sold off during the quarter. Amazon was the largest contributor to the selloff in the sector, as the top 50 hedge funds removed $1.6 billion worth of shares in the online retailer. Amazon was the third largest overall sale by the top 50 hedge funds in Q4. This marked a stark contrast to Q3, when Amazon was the second largest purchase by hedge funds. Starwood Hotels & Resorts, which is awaiting shareholder approval of Marriott’s acquisition offer, experienced nearly $1 billion in aggregate sales during Q4.

Despite companies in the Media industry group facing reductions in equities, Time Warner Cable was still the top holding of the 50 largest funds in Q4. It was also the most widely held stock, as 29 out of the top 50 hedge funds had a position in the cable and satellite company at the end of the quarter. Time Warner Cable made up 1.5% of the aggregate hedge fund portfolio.

The Information Technology sector was one of the bright spots during Q4. The top 50 hedge funds purchased $7.2 billion worth of shares in the sector, driven by the Technology Hardware & Equipment (+$5.9 billion) and Semiconductors (+$2.2 billion) industry groups. Four of the top 10 purchases during the quarter came from the Information Technology sector (Apple, EMC Corp, Broadcom, and Xerox). Apple was the top purchase of the top 50 hedge funds in Q4 and was the main driver of the sector inflows during the quarter, as hedge funds added $2.2 billion to the stock. Lansdowne Partners (UK) LLP bought over $900 million in additional Apple shares, while Tiger Global initiated a new position worth $1.1 billion and about 8.7% of its portfolio. The moves come after Apple was the second largest sale by hedge funds in Q3.

EMC Corporation and Broadcom Corporation were two other hedge favorites from the Information Technology sector. The top 50 hedge funds added $1.3 billion to information security and data storage firm, EMC, and $1 billion to semiconductor and equipment firm, Broadcom. A private group composed of Michael Dell, MSD Partners, and Silver Lake agreed to acquire EMC Corp. in October 2015. The European Commission will make a decision on the transaction in late February. Additionally, Broadcom Corp was acquired by Singapore-based Avago Technologies in early February and is now called Broadcom Limited (AVGO).

In addition to the aggregate sales in the Financials and Consumer Discretionary sectors, hedge funds also significantly decreased their positions in other pockets of the market. Hedge funds removed $3.8 billion from the Materials industry group in Q4, with $2 billion in outflows coming from Dow Chemical and $574 million from Air Products and Chemicals. Dow Chemical was the second largest sale by hedge funds in Q4.

Food & Staples Retailing was another struggling group during the quarter in terms of equity value lost. The Food & Staples Retailing industry group saw $2.7 billion in aggregate sales, as the top 50 hedge funds decreased their value in companies like Walgreens Boots Alliance, CVS Health, and Kroger. Hedge funds sold off $2.2 billion worth of Walgreens stock, making it the biggest sale of Q4.

The Pharmaceutical, Biotechnology, & Life Sciences industry group saw the fifth largest amount of aggregate sales of any group with $2.2 billion in outflows. The broad selloff in this group was led by Allergan (-$1.4 billion) and Thermo Fisher (-$1.2 billion), but five additional stocks were also hit with losses in excess of $500 million (Endo International, Perrigo, Illumina, Gilead Sciences, and Amgen). Allergan went from being the seventh largest purchase by the top 50 hedge funds in Q3 to the fifth largest sale in Q4.

In Q4, the top 50 hedge funds sold off $17.2 billion in U.S. equities. This was a complete contrast to Q3, when hedge funds added $49 billion in U.S equities. This past quarter’s selloff was particularly evident in the large-cap and mega-cap names in the United States. (FactSet classifies mega-cap companies as those with market capitalizations greater than $50 billion and large-cap companies as those with market capitalizations between $10 billion and $50.) In Q4, the top 50 hedge funds removed nearly $16 billion out of U.S. mega-cap stocks and almost $10 billion out of U.S. large-cap stocks. Walgreens Boots Alliance, Dow Chemical, and Amazon were three of the mega-cap stocks to be hit by hedge fund selling, while Starwood, Endo International, and Halliburton were three of the large-cap stocks to experience outflows.

Israel and Netherlands saw large equity additions in their respective countries (+$2.2 billion and +$1.1 billion), but the majority of the value added in each country was concentrated in one or two stocks. In Israel, Teva Pharmaceuticals represented almost the entire investment made by the top 50 hedge funds in Q4 in this country. Teva Pharmaceuticals was the second top purchase by hedge funds, with $2.2 billion being added to the stock during the quarter. In the Netherlands, beverage firm Heineken Holding made up the majority of the hedge funds’ exposure to the country.

On the other hand, China experienced the fourth largest amount of sales in Q4. Despite its struggling economy and continued turmoil in financial markets, hedge funds only removed $241 million worth of stock, which represented 2.5% of their total value. Keep in mind that Chinese equities only made up about 1% of the portfolio of the top 50 hedge funds. Two of the major stocks that suffered outflows were Baidu and NetEase. Together, they accounted for over $1 billion in losses.

The “SharkWatch50” is a compilation of the 50 most significant activist investors as chosen by FactSet. During Q4, the nine SharkWatch activist investors within the top 50 hedge funds took several notable positions in addition to those already mentioned here. Two popular stocks that activists piled money into during Q4 were AIG and Allergan. Icahn Associates Holding purchased $2.5 billion worth of AIG stock, which was the largest purchase or sale in terms of total value by any of the activists. Allergan was also a favorite of the nine SharkWatch investors, as Elliott Management, Third Point, and Highfields Capital Management all increased their positions in the pharma company.

On the other end of the spectrum, several activists seemed to fall out of love with Comcast. Elliott Management sold its entire stake of 3.2 million shares in the media company, while Carlson Capital and TCI Fund Management also trimmed their positions.

Carl Icahn’s Icahn Associates Holdings and Jeff Ubben’s ValueAct Capital Management were both active in Q4. Icahn Associates sold 7 million shares of Apple and took an 8.5% stake in Xerox, which was worth nearly $1 billion. Both Apple (#1) and Xerox (#9) were two of the largest purchases by the top 50 hedge funds in Q4. ValueAct sold over 50% of its shares in Halliburton, removed 25% of its shares in Microsoft, and exited its stake in American Express. It also had accumulated a 10% stake in Rolls Royce by the end of Q4. The activist is currently in discussions with Rolls Royce management on different ways to maximize shareholder value in the long run and is possibly looking to gain a seat on the board.

The nine activist hedge funds in the SharkWatch50 made several other notable transactions during the quarter. Nelson Peltz’s Trian Fund Management sold 14% of its shares in General Electric and removed 21% of its position in DuPont. Highfields Capital Management exited its stake of nearly 2 million shares in Air Products & Chemicals and took a new position in Yahoo worth $239 million.

Read more about the ownership trends of hedge funds in this quarter’s edition of FactSet Hedge Fund Ownership Quarterly. Visit www.factset.com/hedgefund_ownership to launch the latest report. 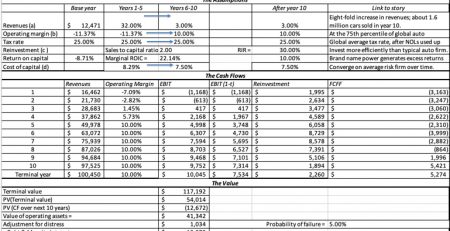 It should come as no surprise to anyone that Tesla is back in the news, though it seems to be for all of the wrong reasons. From Musk's Twitter... Read More

Days before publicly promoting a plan that could funnel billions of dollars of retiree assets to Wall Street, the president of one of the world’s largest financial firms was... Read More