This week’s Consuelo Mack WealthTrack features a new, exclusive interview with Tocqueville Fund‘s long-time portfolio manager Robert Kleinschmidt, premiering nationwide beginning this Friday, February 5 at 7:30 p.m. on public television (check local listings**) and on wealthtrack.com. The contrarian value investor explains why commodities are key to the market and could be at a turning point.

“I think certainly the commodity stock prices, commodity company stock prices are down 75, 80 percent or so. Now, they were inflated. That’s true, and there was a lot of capacity that came on. That is true, but it’s also true that in the 30 years or so running up to this, maybe even 40 years, running up to this commodity boom, that there was no capacity increases. So we had a very long period where the capacity was stagnant. We had a short period where capacity was increased by a great deal, and now we’re in a period where some of that capacity is being pulled back because it’s no longer economic. Some of the new mines and mills are not being built because the current prices don’t justify them, and that’s sort of the cure for … and these stocks will move before the commodities move. So you can’t wait to see a turn in the commodity prices and say, ‘I’m going to buy Alcoa when aluminum prices turn,’ because Alcoa will be…”

“…it’ll be too expensive for you. You’ll remember where it was, and you won’t be able to bring yourself to buy it at 10, 11, 12, because you remember that it was trading at six and seven, and then you’ll say, ‘I’ll wait until it gets back to six and seven,’ and it never will. And then it’ll go to 15. It’ll go to 18 or 20. So the other thing I think that is true with these names is that they have the capacity to double and triple and quadruple from these low levels, and even if they do that, they will be nowhere near where they were at the previous peak. You don’t buy everything that you want to own right now, but you start nibbling at them, and if they go down a little bit, nibble a little bit more, as long as you’re dealing with high-quality companies with good balance sheets, because the key in these kinds of companies and the key in many kinds of companies, but certainly in these kinds of companies, is that you will make more money with a lousy company with a lousy balance sheet if you call the turn right, but it’s binary and you could go out of business. So you’re much better off staying with well-capitalized companies that have the wherewithal to suffer through a period where their commodity prices, their product prices are not high and where they can generate some cash flow or have enough financial resources so that they can operate on a negative cash flow for a period of time, because those will be around to be there for when there is an upswing in the prices.”

Currently celebrating its 10th anniversary season, Consuelo Mack WealthTrack remains the only program on television devoted to long-term diversified investing, and is seen in 88% of U.S. TV households, including 29 of the Top 30 markets. Watch full episodes at wealthtrack.com.

Hedge Funds Total AUM Stands At A Record High Of US$2.23 Trillion

Hedge Funds Total AUM Stands At A Record High Of US$2.23 Trillion by Eurekahedge Key highlights for May 2015: Hedge fund assets under management have increased by US$92 billion in the... read more

Consumers may have intentions to spend more this holiday season, but many plan to avoid shopping on Black Friday, according to the Property Holiday Shopping Survey conducted by analysts... read more

Betting against the Saudi currency: The world’s reserve currency of choice, used heavily if not almost exclusively in for Middle Eastern oil trading, is in short supply, says a... read more

If you read the headlines of the leading financial publications on a regular basis, you will know that most investors seem to be afraid of the current market environment.... read more 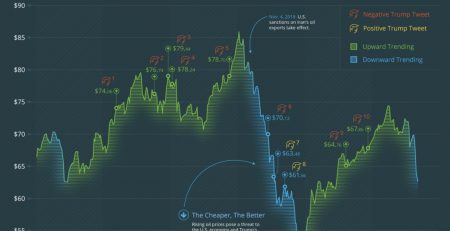 What goes through the head of a U.S. president? Q2 hedge fund letters, conference, scoops etc That is a question that both voters and leaders alike would love to know the... read more