Using a novel data set that covers individual debt claims against 136 bankrupt US companies and includes information on a subset of claims transfers, we provide new empirical insight regarding how a firm’s debt ownership relates to bankruptcy outcomes. Firms with higher debt concentration at the start of the case are more likely to file prearranged bankruptcy plans, to move quickly through the restructuring process, and to emerge successfully as independent going concerns. Moreover, higher ownership concentration within a debt class is associated with higher recovery rates to that class. Trading of claims during bankruptcy concentrates ownership further, but this trading is not associated with subsequent improvements in bankruptcy outcomes and could, at the margin, increase the likelihood of liquidation.

The ownership structure of corporate debt is potentially a key factor affecting the cost of financial distress. However, past studies have been hampered by the fact that observing the ownership of debt claims is difficult. We overcome this obstacle by using claim-level holdings and trading data on bankrupt firms collected electronically by claims administration companies.1 For 136 large US bankruptcy cases filed between July 1998 and March 2009, these data identify the holder of each claim or the name of a custodian, the amount of the claim, information on the claim type, and, for a subset of claims, ownership transfers that occur during the bankruptcy process. We use these data to study the ownership structure of firms that have filed for bankruptcy, how ownership changes during bankruptcy, and ultimately, how ownership structure influences Chapter 11 outcomes (our data set does not include private workouts).

We collect claim-level holdings data at two points during the bankruptcy: (1) at the start of the case when the debtor files its Schedules of Assets and Liabilities (“Schedules”), and (2) near the end of the case when votes are tabulated for the debtor’s Plan of Reorganization or Plan of Liquidation (“Plan”). We observe holdings across the entire capital structure for each sample firm in the Schedules and for the subset of all voting creditors at the time vote tabulations are submitted for a Plan. The second snapshot allows us to see claims holdings for 75% of the original claims, weighted by face value. Between the two snapshots, our data cover 71,358 different creditors in the 136 bankrupt firms.

We show that ownership concentration, measured as the share of total claims owned by the ten largest creditors, is strongly associated with bankruptcy outcomes. When ownership is highly concentrated at the bankruptcy filing, cases are more likely to be filed as prearranged or prepackaged bankruptcies, in which much of the negotiation among creditors is completed prior to entering bankruptcy. Subsequently, the bankruptcy process moves more quickly than it does in cases that are not prearranged.2 Creditor concentration is also positively related to the speed at which traditional (non-prearranged) Chapter 11 restructurings occur and to the likelihood that firms reorganize as independent going concerns (as opposed to being sold or liquidated). Finally, we show that classes of debt that are more concentrated within a firm’s capital structure have higher recovery rates at bankruptcy exit than classes that are less concentrated. To the extent that faster bankruptcy resolution and survival as an independent firm are indicators of a more efficient outcome, our results suggest that more concentrated capital structures are associated with better restructuring outcomes.

Modern debt markets allow for extensive trading in the claims of distressed firms, including not only bonds and bank debt, but also trade credit and lease, tax, insurance, and derivative claims. Our data set captures trading during bankruptcy cases through disclosures of Rule 3001(e) transfers, composed chiefly of trade credit, canceled leases, and debt instruments not registered with the Securities and Exchange Commission (SEC) or a loan syndicate. We find that Rule 3001(e) trading increases creditor concentration during bankruptcy. For example, by the end of the bankruptcy process, firms in the top tercile of trading intensity—measured as total in-bankruptcy trading volume scaled by the total amount of claims outstanding—have voting claims that are 16 percentage points more concentrated than firms in the bottom tercile, which is a difference of nearly one standard deviation. Many of these increases in ownership concentration occur as the result of consolidation of claims through purchases from trade creditors. (As a group, trade creditors hold an average of 22.5% of the total claims volume in a bankrupt firm at the time of the filing and 24.1% of the claims volume entitled to vote on a Plan.)

In this presentation, Safal Niveshak explains the importance of learning the art of investing, which doesn't require you to be a genius. read more

Tom Russo's slides on Global Value Equity Investing - Richard Ivey School of Business Get The Full Series in PDF Get the entire 10-part series on Charlie Munger in PDF. Save... read more 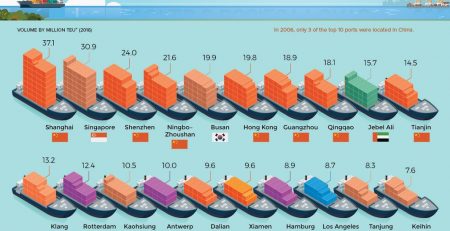 An estimated 90% of world trade is facilitated by maritime shipping, and as trade volumes continue to increase, the world’s busiest ports continue to grow larger and more efficient... read more

Mohnish Pabrai and Seth Klarman are one of the best value investors out there. Today we discuss their stock market transactions and how they approach investing. There is also... read more

71% Of Americans Aren't Saving Enough For Retirement It’s not difficult to find a financial expert who can issue dire warnings about the state of retirement savings in the U.S.... read more

Knight Capital Group Inc. (NYSE:KCG) is being bought out by  Getco, according to a report from both Reuters and Bloomberg. Stephanie Ruhle, of Bloomberg MarketMakers has some of the latest information. GETCO... read more

Crispin Odey  and his European Fund lived at one point during the go-go days of the hedge fund industry. In the 1990s, before hedge fund managers became celebrities, Odey... read more

Step aside US active managers you have some competition from European funds! But first to Asia. Foreign investors are on course to withdraw nearly $8 billion from Asian markets in... read more