We examine how the political events represented by government regime changes affect the equity market as a systematic risk factor in Korea. We first identify the risk realized by the political event (government regime changes) using simple consumption-based general equilibrium model, and show that the risk is related with three channels. Then, we empirically develop our novel risk factor, political event factor (PF), to capture the political event risk in equity market. The PF becomes statistically significant in explaining the cross sectional variation of Fama-French 25 size-B/M portfolios and 25 size-OP portfolios. The PF factor loading have the greatest exposure for the growth stocks, lowest profitability stocks, and the highest profitability stocks. The PF becomes more significant after the Asian crisis in 1997. Furthermore, by comparing the new factor model which includes FF three-factors and PF, our asset pricing model outperforms the CAPM, Fama-French (1993) three-factor, and Fama-French (2014) five-factor model in Korean equity markets. These findings propose that the risk from the government regime changes are systematically priced for the equity market.

Uncertainty about future government and its policy makers play dominant roles in the operations of firms and financial markets. Pastor and Veronsi (2012) elaborate that the government affects the firms in various ways by levying taxes, regulating competition, or enforcing laws. In other words, the characteristics and policies of the government, which are by-products of the government regime, have substantial effect on the firm’s stock returns as well as on investment or consumption decisions of the private sector.

Government regime typically changes from time to time through elections, eliciting changes in government characteristics and corresponding economic environment (including government policies) alterations. Consequently, the uncertainty regarding the government regime inevitably plays a crucial role in the financial market. As an example of government regime transition, Figure 1 shows global rankings of institutional background and market development of South Korea from 2008 to 2014.1 This figure shows how the changes in government regime affect the institutional backgrounds and financial markets. Institutional background contains indices such as efficiency of corporate board, protection of minority shareholder’s interest, property rights, and transparency of government policymaking while market development contains indices such as local equity market access, strength of investor protection, and regulation of securities exchange. There are total three types of national elections in South Korea. The Red lines in the figure show the presidential Election Days, Blue lines the congressional Election Days, and the Green line the regional Election Day. Through Figure 1, we observe changes in the characteristics of the government regime represented through the variations of the indices. These changes are especially emphasized at time periods directly after presidential and congressional elections. Such changes lead to modifications in institutional background and its economic environment. For instance, the favoritism indicator ranked 22nd in 2008 while it drastically increased to 94th in 2011, and back to 82nd in 2014. The strength of investor protection was ranked at 65th in 2012 while it improved to 45th in 2014. Such volatile movement of the institutional background and market conditions is also shown by other factors: local equity market access (from 11th to 75th), transparency of government policymaking (from 44th to 137th), regulation of securities exchanges (from 31st to 94th), and property rights (from 39th to 64th).

Specifically, we test the impact of uncertainty arising from the change in government regime on the Korean stock markets. We exploit three types of elections to capture such change: the Presidential, Congressional, and Regional election. The empirical playground is focused on the Korean market because of its unique business capitalism highlighted by chaebols and the relationship between the government and them. The chaebol is a huge conglomerate or business group that is controlled by a small number of consanguineous people who hold equity stakes through special ownership structures. For instance, the typical ownership structures of the families are known as pyramid or cross-holding. Around 20 chaebols represent about 60% of the market capital in the Korean stock markets, and most of the exports from Korea. For example, Samsung, one of the biggest chaebols in Korea, accounts for about 25% of Korea’s exports.2 Moreover, the political cronyism or the favoritism towards chaebols in the decisions of government officials is widespread in Korea, eliciting tight relationship between the chaebols and the government (The Economist, April 18th-24th 2014).3 Therefore, we believe that the Korean stock market is a reasonable market to capture the uncertainty from the political events such as change in government regimes due to its unique and unusual capitalism and the close relationship between chaebols and the government. 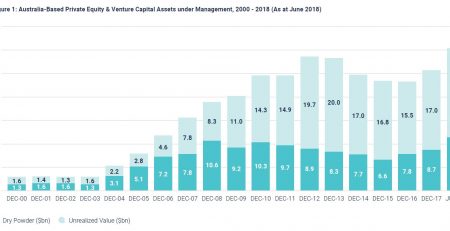 Here’s a great passage from Poor Charlie’s Almanac in which Charlie Munger provides some sage advice on how one can become a better investor saying: Q1 hedge fund letters, conference,... Read More

Natixis SA (EPA:KN) (OTCMKTS:NTXFY) believe the most worrying development in the French economy is the long-run decline in corporate profitability. An extrapolation of the trend leads fairly rapidly to an unsustainable low... Read More 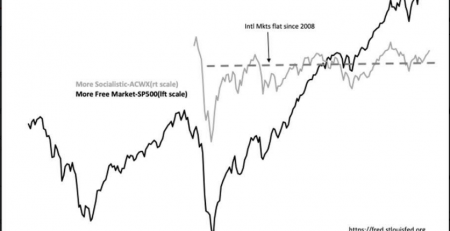