Carl Icahn is negotiating to have his son, Brett Icahn, along with his investing partner David Schechter, take over the $36 billion Icahn Enterprises. But, no, it is not because Icahn will move to Washington D.C. to join Donald Trump as part of a potential economic administration, he told the New York Post. 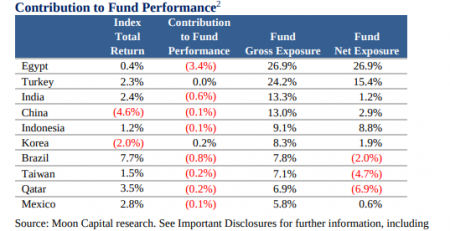 Moon Capital, the Huston-based global value fund returned -4.1% net for the second quarter of 2019 as global equity market volatility impacted returns. For the year to the end... read more

FOX Business Network’s (FBN) Charlie Gasparino reports that “bankers very close” to the potential T-Mobile - Dish merger say the deal will be completed in “about two weeks,” and... read more

In the years since the financial crisis, the value factor has seen mixed results—until 2016, that is. Value did particularly well last year, and all signs point to continued... read more

A new research report points to a unique business model and increased demand for alternative investments – many of them uncorrelated to the performance of the stock market –... read more

Adage Capital's Robert Atchinson and Phillip Gross invest millions of dollars in nonprofit organizations through their own foundations every year. By looking at their foundations, we can get a... read more