In many ways, the recent history of private equity in Germany mirrors the industry’s recent history throughout Europe. After tumbling off a cliff in the wake of the 2008 financial crisis, activity has bounced back with a vengeance.

Last year, a record 281 private equity deals were completed in Germany, according to the PitchBook Platform, narrowly eclipsing 2014’s previous high point. The total marks a healthy 25% increase over 2013 and a considerable 65% bump compared to 2009, the low point of the past decade. The numbers are a bit different across the whole of the continent, but the story stays much the same. European PE activity held fairly steady from 2014 to 2015, but last year’s deal count of 2,899 marks a 85% uptick from the post-crisis nadir of 2009.

The sector most responsible for the rising tide in Germany is B2B. Last year, 47% of all PE deals were in the B2B space, including a PE consortium’s €3.9 billion buyout of service station operator Autobahn Tank & Rast and Bain Capital‘s €600 million acquisition of elevator components manufacturer Wittur.

While foreign firms have certainly been active in Germany, the country’s own PE investors have been leading the charge. Here are the top PE investors in the nation since 2007, along with their deal counts:

PitchBook Platforms users can see the full list of investors here. Not a client but interested in the data? You should download our free European Private Equity Breakdown!

How To Persuade Anyone - The 25 Cognitive Biases By Charlie Munger Get The Full Series in PDF Get the entire 10-part series on Charlie Munger in PDF. Save it to... read more

Slides Jeffrey Gundlach's DoubleLine Total Return Funds webcast. Get The Full Series in PDF Get the entire 10-part series on Charlie Munger in PDF. Save it to your desktop, read it... read more

You all love Michael Burry so here is some old posts from here which have been 'uncovered' Reading Michael Burry I finally got around to reading a good chunk of the Michael... read more

Since early May, rates on 30-year fixed-rate mortgages have risen from 3.35 percent during the week ending May 3rd to 4.51 percent for the week ending July 12th; an... read more

The Case For And Against Activist Hedge Funds

The Case For And Against Activist Hedge Funds by igopp Activist hedge funds can count on a number of supporters in academia and in the media rising up in defense... read more

Meryl Witmer, Eagle Capital Partners, reveals what she's learned from Wall Street legends. They all seem to have one thing in common, she says, they're "confident but humble" and... read more 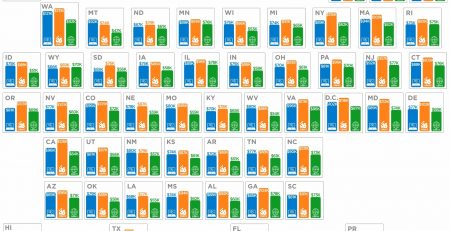 Amazon backed out of its plans to build an office in New York, citing the pushback and criticism from politicians like Alexandria Ocasio-Cortez. Q4 hedge fund letters, conference, scoops etc Even... read more