Oakmark Funds: The Case For Eating Your Own Cooking – ValueWalk Premium

The Case For Eating Your Own Cooking by Oakmark Funds

At Harris Associates, we believe there is no better way to convey confidence in our stock-picking abilities than to invest in our own funds.  Each year we voluntarily disclose the total assets that the firm’s employees, our families and the Funds’ trustees have invested in the Oakmark Funds; as of December 31, 2015, that number is over $440 million, reflecting significant share purchases during the past year.  In the words of Warren Buffett, “To be successful in business and investing, you’ve got to have skin in the game.”  The Oakmark Funds family, incepted in 1991, was born out of that idea: The partners at Harris Associates wanted to start mutual funds in which they could invest their personal money with the same long-term, value-investing approach successfully employed in the firm’s client accounts.

In 2005, the U.S. Securities and Exchange Commission (SEC) began requiring mutual funds to disclose portfolio managers’ personal investments in their funds.  Three years after the SEC requirement was announced, however, Morningstar completed a study which found that 47% of U.S. stock funds reported zero investment by their portfolio managers.1 Even more concerning, 61% of foreign-stock funds and an astounding 71% of balanced funds also reported zero investment.1

The question stands: Is a higher ownership level indicative of better fund performance? Morningstar found that it is certainly a positive indicator.  In the five years since Morningstar completed the ownership study, they watched how the funds in the study performed and calculated success rates based on “what percentage survived and outperformed their category peers.” Simply put, researchers found that funds in which managers had nothing invested produced the lowest success rate, while those in which $1 million+ was invested by a manager had the highest. The study went into more detail, breaking it down by asset classes. For example, Morningstar found that the widest range in success rate was within balanced strategies: Those funds with greater than $1 million invested by their own management enjoyed an 85% success rate, while those with zero management dollars invested dropped to a 32% rate.2 We agree with the author of this study—that manager ownership is a signal of the managers’ commitment to shareholders and can be seen as an expression of faith in the funds they run. As such, we are proud that the Oakmark Funds each include over $1 million of the fund managers’ personal investments, representing a significant portion of their investable assets.

Harris Associates’ conviction in our investment style has not wavered through the recent periods of market weakness. In fact, we think that a measurable spread has grown between the prices of businesses and what they are fundamentally worth, which has created buying opportunities that many partners, fund managers and employees of the firm are taking advantage of by purchasing additional shares in the Funds.  At Harris, we believe that having substantial skin in the game fosters stewardship of the Funds—a responsibility we take very seriously. We are encouraged by Morningstar’s report on the positive correlation between success rates and ownership levels; we seek this level of dedication within the companies in which we choose to invest, and elect to hold ourselves to the same standard. 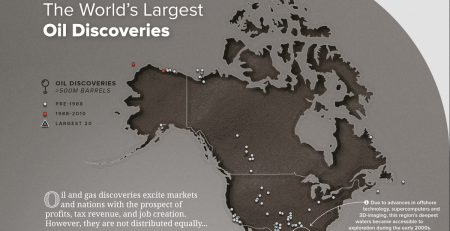 Oil and gas discoveries excite markets and nations with the prospect of profits, tax revenues, and jobs. However, geological processes did not distribute them equally throughout the Earth’s crust... Read More