Which are the best paying law firms in the UK? – ValueWalk Premium

While reputation, client lists and perception of future colleagues may be key criteria when considering which law firm to pick in the early stages of a legal career, the lack of transparency when it comes to remuneration makes it challenging to have a clear notion of how competitive these firms are when looking solely at pay. Thanks to hundreds of Associates using Emolument.com to benchmark their salary, we have been comparing earnings across the UK’s top law firms. One of our key findings is that some law firms, such as Latham & Watkins, the largest law firm by revenue globally, make a clear decision not to pay bonuses to their junior lawyers, but to compensate with large fixed salaries and that the market for Associates is highly inefficient with large gaps in pay from one firm to the next.

Working for the Magic Circle is considered to be the legal professional’s golden ticket. It involves gaining experience on international high-profile cases, rigorous training when you first join but watch out for long hours. 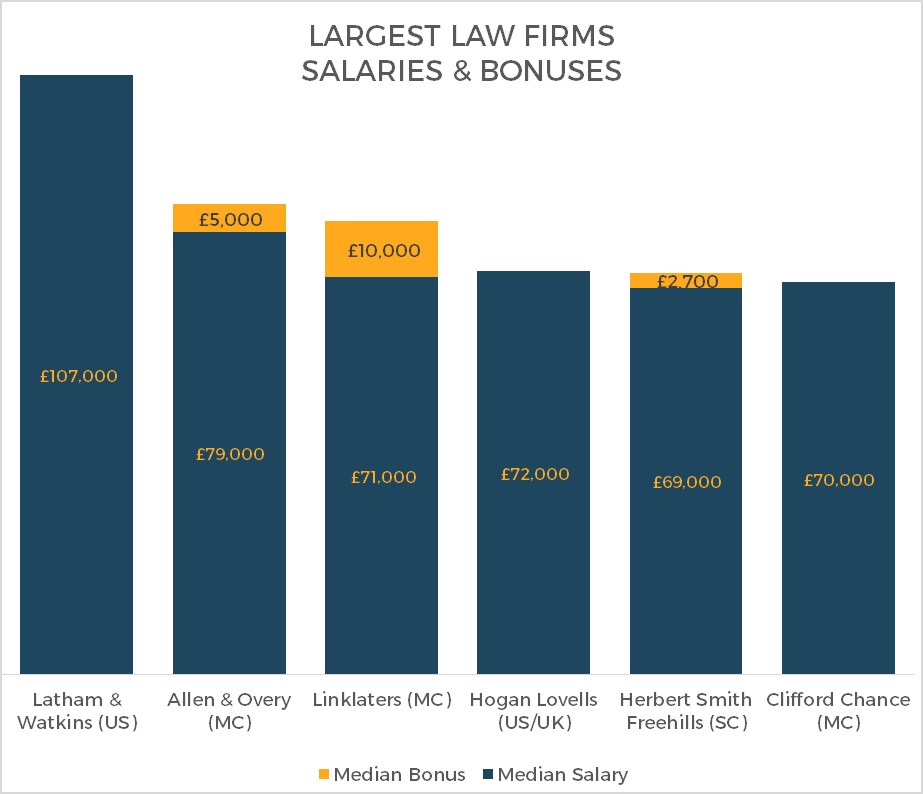 Zoom-in on the Magic Circle

The Magic Circle (MC) is comprised of leading law firms in the UK known for selecting the best lawyers in financial and corporate law as well as billing the highest fees per lawyer. A fact which doesn’t stop huge pay gaps from one firm to the next. 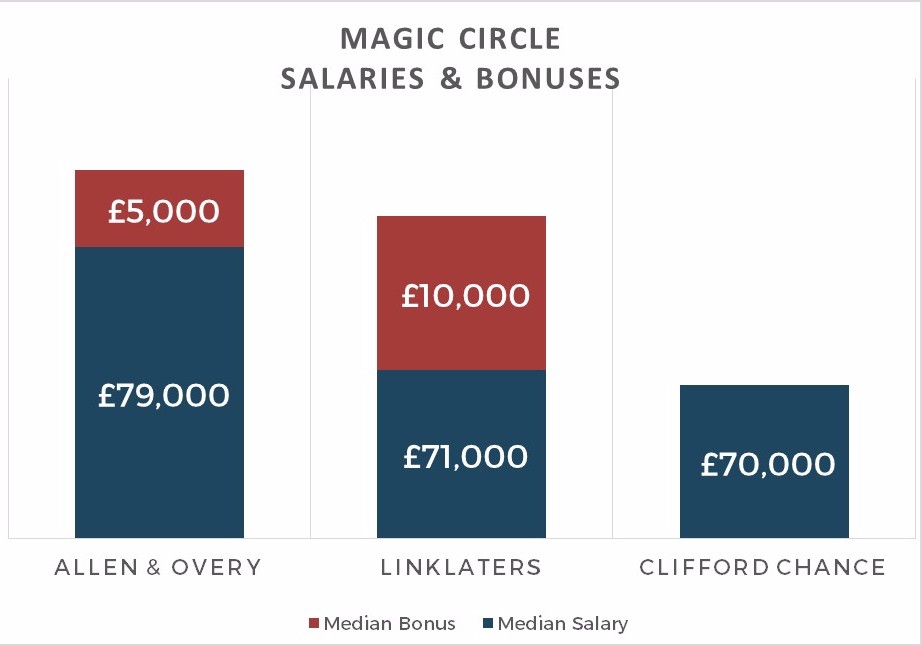 Data based on 387 entries from Legal Associates working in London

Alice Leguay, COO & Co-Founder at Emolument.com said: ‘Choosing to work for a law firm rather than internal legal counsel at a bank may have its drawbacks in terms of total earnings throughout a career but being paid in line with billed hours and level of seniority is a pragmatic practice which saves lawyers from the intense stress and paranoia endured by bankers obsessing about the opacity and volatility of bonus amounts. However, working as external counsel for banks is highly demanding in terms of hours and amount of work, often turning projects around overnight or at very short notice, in line with bankers’ demands, which prompts many lawyers to move to a career in banking, focusing on unpredictable but altogether higher bonuses.’

Kyle Bass, Hayman Capital Management calls into CNBC's "Squawk Box" with his concerns about comments he heard about the Trump administration's policy with China. Get The Timeless Reading eBook in... read more

This anthology of recent articles, our summertime e-issue, is for you. Please pass it along, with our compliments, to any and all prospective members of the greater Grant’s family. Jim... read more

Goldman Sachs Group Inc (NYSE:GS) continues to see gains for US stocks well into 2015.  The investment bank has been watching carefully at 3Q earnings releases to determine outlook,... read more

The age-old Dow Theory gets a mention in the latest issue of Grant’s. According to Grant’s it is the only reliable way of measuring US economic growth. (Grant’s argues... read more

Guest: Larry Swedroe. Larry is a principal and director of research for Buckingham, an independent member of the BAM Alliance. Previously, he was vice chairman of Prudential Home Mortgage.... read more