The full service investment advisory industry is undergoing a historic shift, driven by an actively engaged investor population that is demanding a more hands-on approach from their advisors. According to the J.D. Power 2016 U.S. Full Service Investor Satisfaction Study,SM released today, a steadily increasing number of investment advisory customers have disrupted conventional thinking about full service and self-directed advisory services, favoring a hybrid approach in which advisors become validators, or sounding boards, but not final decision makers.

Rise of the Validator

J.D. Power research has identified three segments of full service investors, which are defined by customer preference for making financial decisions in consultation with a personal financial advisor:

The percentage of full service investment advisory customers who are validators has increased steadily since 2013, and now accounts for 36% of all full service investors. In contrast, the percentage of collaborators has decreased steadily during the same period (to 51% in 2016 from 59% in 2013), while the number of delegators has remained flat. The trend is even more pronounced among Millennials (born 1982-1994), with 64% falling within the validator segment this year.

“The current evolution we’re seeing in investor preferences will likely be accelerated by the further development of new technologies, such as robo-advisors, and by regulatory changes, such as those just issued by the Department of Labor concerning fiduciary standards,” said Mike Foy, director of the wealth management practice at J.D. Power. “Full service firms will need to adapt to these changes by providing more value and transparency to investors, making a clear case for the value they provide vs. lower-cost alternatives.”

Following are additional findings of the 2016 study:

The 2016 U.S. Full Service Investor Satisfaction Study was fielded in January 2016 and is based on responses from more than 6,000 investors who make some or all of their investment decisions with a financial advisor.

The Millennial generation recently surpassed Boomers as the largest demographic group in the U.S. workforce, and they are looking for a very different kind of wealth management experience than their parents. They don’t fit neatly into either the traditional full-service or self-directed investor paradigms, but instead want to play an active role in managing their money and also have access to a trusted advisor whenever they need one.

Technology is in some way disrupting nearly every industry, and wealth management is no exception. The emergence of the robo-advisor phenomenon is not the only way technology is transforming the investor experience, but by enabling the delivery of portfolio management at a fraction of the cost of a human advisor, it does pose the most direct challenge to the traditional full-service value proposition.

Finally, the anticipated Department of Labor rule on the fiduciary standard is likely to have a significant impact; 62% of advisors recently surveyed by Fidelity expect to unload some of their smaller clients who will no longer be profitable to manage under the new constraints1.

What do these seemingly disparate trends have in common? They each reinforce the importance of a trend that’s been emerging over the past several years, what J.D. Power calls the rise of the Validator.

Validators are investors who want to make their own decisions but also want access to an advisor. Nearly two-thirds of Millennials are Validators, but so are about one-third of other full service investors, up from 24% just 2 years ago.

As a group, Validators are much more interested in robo-advisors than other investors, and, as these investors tend to skew younger, they will also likely be disproportionally among those who advisors and firms will increasingly struggle to service effectively or profitably under a more arduous regulatory burden.

Validators also have different needs, preferences, and priorities from their wealth management provider, they care more about value and are more willing to consider switching firms, including to non-traditional providers of investment advice, whether that means a robo-advisor or a retail bank. They also stand to inherit an enormous amount of wealth over the coming decades, so the firms that are best able to understand and meet their needs today are most likely to be the industry leaders of tomorrow. Firms like Charles Schwab—this year’s highest performer—are leading the way. 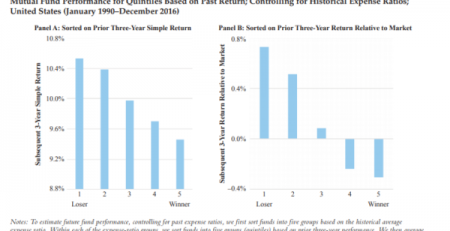