Power Sector Coal Demand Has Fallen In Nearly Every State Since 2007 by Brian Park, EIA

Consumption of steam coal used for electricity generation in the U.S. electric power sector fell 29% from its peak of 1,045 million short tons (MMst) in 2007 to an estimated 739 MMst in 2015. Consumption fell in nearly every state, rising only in Nebraska and Alaska over that period. States with the largest declines were concentrated in the Midwest and Southeast, with six states in . . .

Ted Cruz's VAT Is A Dangerous Gamble The plan will not fix America's tax system This is a very strange political season. Some of the Senators running for the Republican presidential... Read More

High-yield collapse ahead? Donald Trump’s inflationary rhetoric may have sent yields surging in the United States, but credit is still broadly expensive throughout the entire world especially in the risky... Read More

S&P 500 single stock valuations have the tightest spread in 25 years, with eight out of ten sectors below their long-term averages, according to a note from Goldman Sachs... Read More

A recession is coming for the restaurant industry according to Stifel. MS: Brexit Could Spark Global Recession In a research note sent out to clients today, a copy of which has... Read More 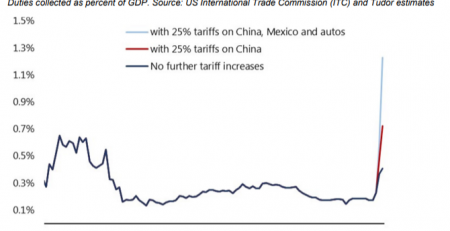 There are two periods in history that might help as a guide to navigating current markets, according to legendary investor and trader Paul Tudor Jones. Q2 hedge fund letters, conference,... Read More

In an apparent shell game with Venezuelan bond payments not appearing under any cup as of Tuesday morning, a Deutsche Bank report recommends investors move out to the long... Read More 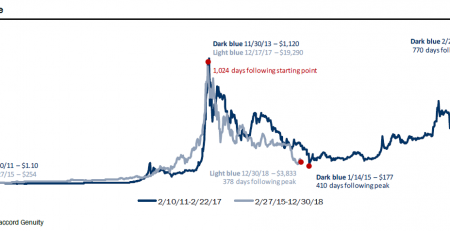 Will BTC Bottom In February Or Has It Already?

The new year has been good for the price of bitcoin. It's up by about $800 since the middle of December and now trades above the psychological level of... Read More

Thomas Conheeney, who was president of Steven A. Cohen’s SAC Capital Advisors and later at Point72 Asset Management, announced his resignation Monday after playing an important role during the... Read More

What To Do When You Fail in China: Ford vs. Fiat [Part 2]

What To Do When You Fail in China: Ford vs. Fiat - Part 2 by Jeffrey Towson, LinkedIn I recently wrote about how both Carlsberg and Danone initially failed in... Read More