A primary goal of the Dodd-Frank Act is to end “too big to fail” (TBTF) bailouts for systemically important financial institutions (SIFIs) and their creditors. Title II of Dodd-Frank establishes the Orderly Liquidation Authority (OLA), which empowers the Secretary of the Treasury to appoint the Federal Deposit Insurance Corporation (FDIC) as receiver for failed SIFIs. Title II requires the FDIC to liquidate failed SIFIs and to impose any resulting losses on their shareholders and creditors. Title II establishes a liquidation-only mandate because Congress did not want a failed megabank to emerge from an OLA receivership as a “rehabilitated” SIFI.

The FDIC recognized Title II’s liquidation-only mandate in its early rulemakings under Dodd-Frank. However, megabanks quickly realized that a liquidation-only approach for resolving failed SIFIs would pose a major threat to their TBTF subsidy and would create a clear risk of imposing losses on their Wall Street creditors, including holders of commercial paper and securities repurchase agreements (repos). Accordingly, in 2011 Wall Street interests proposed a very different approach for resolving failed SIFIs. This new approach, called “recapitalization-within-resolution,” created a roadmap for resolving failed megabanks by using Chapter 11-style reorganizations instead of liquidations. Wall Street’s reorganization plan helped to provide the conceptual foundation for the “single point of entry” (SPOE) resolution strategy.

As described in the first section of this article, the SPOE strategy would place only the parent holding company of a failed megabank into an OLA receivership and would impose losses only on the holding company’s shareholders and debtholders. Under SPOE, the operating subsidiaries of a failed SIFI (including banks, securities broker-dealers, swap dealers, and insurance companies) would remain in business, and all of the creditors of those subsidiaries (including Wall Street creditors) would be fully protected. Wall Street enthusiastically supports the SPOE concept, but the FDIC has not yet formally endorsed SPOE as its preferred strategy for resolving failed SIFIs under Title II of Dodd-Frank.

As explained in the second section of this article, the Federal Reserve Board (Fed) recently proposed a new “total loss-absorbing capacity” (TLAC) requirement. The proposed TLAC requirement would apply to eight U.S. megabanks, which are currently designated as global systemically important banks (G-SIBs), as well as U.S. intermediate holding companies owned by foreign G-SIBs. The Fed’s proposal would require the parent holding company of each G-SIB to maintain a minimum level of Tier 1 shareholders’ equity and TLAC debt. If the parent holding company is placed in an OLA receivership, an SPOE resolution would follow and the parent company’s equity and TLAC debt would be written off to help recapitalize the G-SIB’s operating subsidiaries. The Fed’s TLAC proposal is expressly designed to establish SPOE as the preferred strategy for resolving failed U.S. megabanks.

As shown in the third section of this article, most TLAC debtholders would probably be retail investors in mutual funds and pension funds, because federal regulators would strongly discourage financial institutions from purchasing TLAC debt. In addition, if a failed G-SIB’s subsidiaries could not be recapitalized by writing off the holding company’s equity and TLAC debt, the FDIC as receiver would fill the remaining gap by obtaining a taxpayer-financed bridge loan from the Treasury Department. Thus, SPOE and TLAC would impose the costs of resolving failed megabanks on ordinary citizens, either as investors or taxpayers, while giving 100% protection to Wall Street creditors.

As discussed in the fourth section of this article, it is highly doubtful whether SPOE and TLAC would be successful in resolving failed G-SIBs. It is far from clear whether the parent holding company of a failed SIFI can be placed in an OLA resolution without triggering contagious runs by the creditors of its subsidiaries. There are also strong reasons to question whether host country regulators with jurisdiction over a failed SIFI’s subsidiaries would cooperate if a home country supervisor commenced an SPOE resolution procedure for the SIFI’s parent holding company. The SPOE resolution strategy would be unworkable if host country officials decided to “ring fence” subsidiaries or assets located within their jurisdictions.

Moreover, any attempt to impose losses on a failed SIFI’s TLAC debtholders would probably trigger widespread panic among investors who held bail-in debt issued by other SIFIs that were believed to be vulnerable. In February 2016, after regulators imposed losses on bondholders in failed Italian and Portuguese banks, a major selloff occurred in the market for contingent convertible bonds (CoCos) issued by European banks. That selloff has created substantial doubts about the ability of regulators to bail in TLAC debt without disrupting financial markets.

The most fundamental shortcoming of SPOE and TLAC is that both policies would entrench our perverse system for regulating SIFIs. Our current regulatory system enables megabanks, their executives, and Wall Street creditors to reap massive benefits from the TBTF subsidy while imposing the costs of that subsidy on ordinary citizens. We must reject this intolerable situation, and we must shrink the TBTF subsidy by forcing SIFIs, their insiders, and Wall Street creditors to internalize the costs of the enormous risks created by megabanks. The final section of this article proposes four reforms that would help to achieve this goal.

SPOE Plus TLAC = More Bailouts For Wall Street – Despite Wall Street’s Eager Support, the FDIC Has Not Formally Endorsed SPOE

In a May 2012 speech, FDIC Chairman Martin Gruenberg described SPOE as “the most promising resolution strategy” for dealing with a SIFI’s failure. Chairman Gruenberg explained that SPOE would “place the parent [holding] company into receivership and pass its assets, principally investments in its subsidiaries, to a newly created bridge holding company. This will allow subsidiaries…to remain open and avoid the disruption that would likely accompany their closings.”

In December 2012, the FDIC and the Bank of England (3013) jointly identified SPOE as a desirable approach for resolving failures of global SlFIs. The FDIC and BoE agreed that SPOE would work well for global SIFIs because, “[b]y taking control of the SIFI at the top of the group, subsidiaries (domestic and foreign) carrying out critical services can remain open and operating, limiting the need for destabilizing insolvency proceedings at the subsidiary level.” The FDIC and 8013 also agreed that SPOE could reduce cross-border complications by enabling the home country supervisor of a failed SIFI to control the resolution process at the “holding company level” while avoiding “foreign insolvency proceedings” for subsidiaries located in other countries.

Although the FDIC and BoE supported the SPOE concept, they indicated that the final outcome of an SPOE resolution would Still be a liquidation of the failed SIFI. The agencies stated that SPOE’s “top-down resolution” would be followed by “significant restructuring” that could include “shrinking the [SIFI’s] balance sheet, breaking the company up into smaller entities, and/or selling or closing certain operations.”

In December 2013, the FDIC presented a detailed SPOE proposal and invited the public to comment on that proposal. The FDIC’s proposal stated that an SPOE resolution would put a failed SIFI’s parent holding company into an OLA receivership and would transfer its operating subsidiaries to a newly’ formed bridge financial company (BFC). The FDIC would then wipe out the equity interests of the SIFI’s share-holders and convert the claims of the SIFI’s long-term debtholders into equity interests in the BFC. The failed SIFI’s subsidiaries (including banks, securities broker-dealers, swap dealers, and insurance companies) would continue to operate without interruption under the BFC’s control, and the rights of creditors of those subsidiaries would not be impaired.”

After completing an SPOE resolution, the FDIC would approve a “restructuring” plan to transfer the operating subsidiaries from the BFC to one or more successor companies. The restructuring plan ”might result in the [BFC] being divided into several companies or parts of entities sold to third parties,” and “the [BFC] might become smaller and less complex.” The FDIC’s repeated use of the word “might” rather than “will,” when discussing restructuring options, suggested a possible weakening of the FDIC’s commitment to a liquidation-only approach.

“Charlie Munger is truly the broadest thinker I have ever encountered,” Bill Gates  Poor Charlie's Almanack: The Wit and Wisdom of Charles T. Munger http://www.poorcharliesalmanack.com/recommendations.html More people would benefit from Charlie... read more 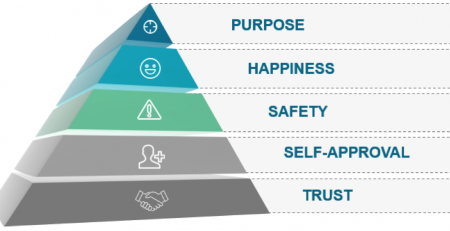 Training the Investor Brain: Managing Emotions and Building Your Business

The Development Of Corporate Governance In Toulouse 1372-1946

The age-old Dow Theory gets a mention in the latest issue of Grant’s. According to Grant’s it is the only reliable way of measuring US economic growth. (Grant’s argues... read more

Julian Robertson, Tiger Management founder, says in terms of the world, Greece is not an economic power, in discussing potential contagion if Greece leaves the euro zone, and investing... read more 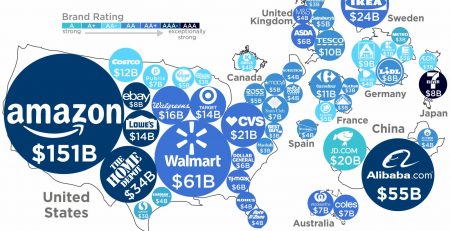