As probe of multi-level marketing company comes to an end, legislators write to FTC Chairwoman to protect consumers from financial harm

The FTC has been investigating Herbalife International and is reportedly near to announcing a resolution in the probe. Hundreds of former Herbalife distributors have submitted complaints to  state and federal authorities, each after losing thousands of dollars to the company.

Senator Klein and Assemblyman Moya recommended that the FTC require Herbalife to document and disclose its retail sales to participants who are not in the distributor network,  and release the average income and commissions earned by independent distributors.

“Herbalife should also be required to disclose to the public where nutrition clubs are located and provide regulators proof that these businesses comply with state and federal labor laws. Additionally, rewards designed to incentivize recruitment (e.g. Production Bonus) and the product purchasing requirements that encourage so-called inventory loading should be removed immediately,” Klein and Moya wrote.

In New York City, Herbalife nutrition clubs are located in predominantly Hispanic neighborhoods. Lured by the promise of a “great business opportunity” where the American Dream of entrepreneurship is glamorized through testimonials where sellers say they earn millions, live in mansions and take extravagant trips, many wind up losing their life-savings.

Through a series of undercover investigations and victim interviews, Senator Klein has exposed Herbalife as a pyramid scheme, where distributors desperately try to climb up a ladder as they continue to invest.

Klein and Moya’s legislation would increase transparency, educate consumers and impose penalties on companies that do not comply with the law.

In light of recent news reports that the Federal Trade Commission may be nearing a resolution to its investigation of multi-level distribution company Herbalife International, we urge you to consider that any measure of injunctive relief include significant reforms to Herbalife’s business model to protect consumers and prospective distributors from the financial harms and deceit documented in hundreds of complaints submitted to state and federal authorities.

Such reforms include the documentation and disclosure of retail sales to participants not in the distributor network, and the average income and commissions earned by distributors at each level. Herbalife should also be required to disclose to the public where nutrition clubs are located and provide regulators proof that these businesses comply with state and federal labor laws. Additionally, rewards designed to incentivize recruitment (e.g. Production Bonus) and the product purchasing requirements that encourage so-called inventory loading should be removed immediately.

A number of these measures mirror the multilevel distribution company legislation (S.6983 and A.10244) we introduced that would strengthen financial reporting requirements of multi-level distributors operating in New York State, urge these companies to better support their participants to prevent fraudulent and deceptive acts, and grant the Attorney General the right to impose penalties against violators. But strong federal action must be taken to fully protect consumers and prospective entrants from the predatory behaviors that have come to define companies like Herbalife.

Were Herbalife to escape federal scrutiny with a fine and few requirements to alter its business structure it would be a major step backwards in the FTC’s efforts to hold accountable bad actors in the direct selling industry, let alone disservice those who have been harmed by this company. We owe it to these people to prevent such an outcome.

Our thanks to you and your staff for your hard work and attention to this important matter.

Rafferty Capital Markets' Richard X. Bove warns that tinkering with the current housing finance structure could be a recipe for disaster, especially if the tinkering happens for political reasons. Source:... Read More

Is this Einhorn? Yes, we thought it was and Greenlight Capital confirmed that this was not some imposer .... so we present to you  (in- depth) commentary from Einhorn is related to his recent presentation... Read More

Marc Lasry is the Chairman, Chief Executive Officer and a Co-Founder of the Avenue Capital Group. Distressed investing has been the focus of his professional career for over 30 years. Marc... Read More 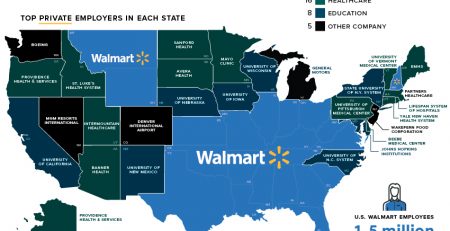 In America, approximately 150 million people are currently employed, doing everything from neurosurgery to greeting customers at your local Walmart Supercenter. Q4 hedge fund letters, conference, scoops etc While there is... Read More

Markel Corporation (NYSE:MKL) reported Operating EPS of $8.29 beating  consensus of  $5.47. The beat was mainly driven by a lack of catastrophes, a lower accident year loss ratio, and... Read More