The net asset value of Turtle Creek Equity Fund increased 6.2%1 in the first quarter, better than the S&P/TSX Composite index2 which was up 4.5%. US. equities significantly underperformed, with the S&P 500 down 5.0% in the quarter, although half of the underperformance came from the strength of the Canadian dollar - measured in U.S. dollars, the S&P was up 1.3% for the quarter. This is the opposite of last year when US. markets substantially outperformed, primarily as a result of the strong US. dollar, which rose 19% against the Canadian dollar in 2015. In Q1, the shoe was on the other foot as the Canadian dollar gained 7% versus the US. dollar.

During the quarter we added two new companies and removed two. One of the additions has its head office in the US. while both of the removals were Canadian, bringing the total number of US. companies in the portfolio to five - the highest ever. After peaking around the middle of last year, US. equity markets declined into the middle of Q1 by anywhere from 15% to 25%, depending on the index. As a result of this decline, a number of US. companies that we have been following have become more attractively priced, one so much so that it is now one of our 25 holdings.

In recent meetings with prospective investors, particularly in the United States, we have been frequently asked about ‘value traps’. The question goes something like this: “What happens when you own something that is attractively valued but the market never recognizes how cheap it is and therefore the price never rises?” Most value traps arise because investors are simplistic in their analysis - they look at a company’s current price to earnings ratio or price to book multiple in comparison with where that company has historically traded or where its comparables (companies in the same industry) are currently trading. Or they might do a ‘sum of the parts’ calculation and in doing so simply accept the value of various parts from sundry sources. In contrast, we focus exclusively on one thing - the cash flows of each of our companies. We spend the majority of our time trying to forecast, to the best of our ability, the future cash flows of all of our companies. This is no doubt an imperfect exercise but we expend considerable effort to model variables such as revenue growth, gross margins, operating expense leverage, capital reinvestment, acquisitions, etc. We spend none of our time trying to guess the price at which the company’s shares will trade in the market.

So, if the traded price of a company is attractive relative to our view of its cash flow value, then we will buy it and if it gets cheaper (assuming our cash flow value hasn’t changed), then we will buy more. We don’t try to guess when and to what degree the market will recognize the value of the company. And we don’t concern ourselves with catalysts - those events that might cause the market to recognize the value that we see. We are focused exclusively on making sure that our cash flow value is as complete and balanced as it can be.

But then we don’t stop there. For us, it is not enough to have a reasonable view of the true free cash flows of a company over the long term. One also has to consider and estimate when the surplus cash will be paid out to shareholders. Essentially, we want to own companies that care about their share price. We don’t want them to obsess on their traded share price but we want them to be aware of it and to respond appropriately when they think the market price does not properly reflect the value of the company.

The first quarter provided a great example of this. In the middle of the quarter, two of our larger holdings each released their results in the same week. Our largest holding, representing 11% of the Fund, reported ‘in line’ earnings. But the more significant news was the intention to launch a Substantial Issuer Bid whereby the company announced plans to purchase approximately 8% of its outstanding shares through a Dutch auction process. The company also announced an increase in the regular quarterly dividend. The next day, the second company, representing 8% of the Fund, announced ‘in line’ results as well, but also a Substantial Issuer Bid to buy back about 12% of the company’s outstanding shares. Substantial Issuer Bids can be an effective way to return capital to shareholders. Sometimes all shareholders, including insiders, tender their shares. However, in both of these cases, none of the insiders, management or directors, are tendering any shares. Both companies clearly believe that their current share price does not properly reflect the value of their businesses and are taking the opportunity to purchase and cancel shares at attractive prices. Buying back shares at low prices and cancelling them makes the remaining shares of the company worth more. As one of the CEOs stated: “buying a piece of my company at current prices is much better (and lower risk) than any of the acquisitions we could make right now. The price is very attractive and I know exactly what I am buying”.

Substantial Issuer Bids aren’t all that common and it is striking that two of our largest holdings have undertaken them at the same time. This underscores the key words in our earlier statement: exclusive, cash flow and pay out. We were comfortable that both of these companies would continue to generate cash and would return it, when appropriate, to shareholders. This is exactly what they have done this quarter.

Primarily as a result of launching Substantial Issuer Bids, each company’s share price is higher - in the case of our largest holding the price is 45% higher and in the other case it is 17% higher. How much of this rise is because they are buying back shares and cancelling them at low prices, how much is because none of the insiders are selling at current prices and how much is from other factors? We don’t know and we don’t worry about such unanswerable (and irrelevant) questions. We simply react to changes in share prices and so, of course, with the holding that is up 45% (and with no change to our long term view of the company) we have reduced the size of our position.

We have learned through hard earned experience to bias toward companies that return surplus capital to their shareholders in a prompt and efficient manner. The only ‘value traps’ that we have been caught in over the years are the result of companies hoarding their capital to an unreasonable degree. Frankly, if a company’s results do not achieve our expectations, it simply means that our forecast was too high - not that it was a value trap. However, if a company meets or exceeds our expectations and then doesn’t return its free cash flow to shareholders but instead hoards it for years, then we think of it as a value trap. We have had a number of those over the years, and have learned to steer clear of companies that act this way with respect to capital allocation. But we don’t believe in ‘value traps’ the way many pundits do - because if an investment opportunity is true value, then it is never a trap.

"China: A Rolling Loan Gathers No Loss" - Kyle Bass  Via HD Capital Partners Five years ago, China was viewed by many as both the world’s most resilient economy and its... Read More

Pershing Square Capital Management 2015 annual presentation. - Lots of interesting stats and info etc. in here also make sure to check out  As Ackman Goes On & Off... Read More

Meeting expectations of a stock price fall, once its early investors could sell their shares in the market, Facebook Inc (NASDAQ:FB)'s stock is again bleeding on Thursday. In early... Read More

Investing is easy but not simple. Investing can be skinned in many different ways creating possibilities that are extremely far off from each other yet produce similar results over... Read More

Peter Lynch lecture on Investments and How the Average Investor can pick Stocks H/T Forgot   Published on Feb 28, 2016 Peter Lynch giving a lecture in 1994. He speaks of his... Read More 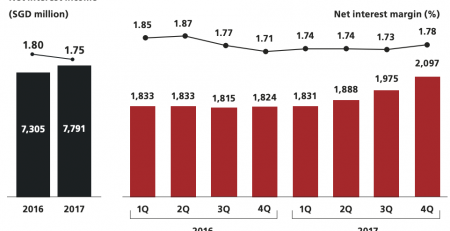