SMITH BRAIN TRUST — June 16, 2016 – Things are tough for corrupt government officials. After taking bribes or skimming from public funds and development loans, they often end up with piles of cumbersome cash. A former public works minister in Argentina tried to bury his bags of money at a convent on June 14, 2016, but that ended badly. Other officials create shell companies and offshore accounts to hide their side income, but that also can backfire. In one Brazilian case, investigators caught a former Petrobras director with nearly $24 million in bribe money stashed in a Monaco account. More recently, hundreds of current or former world leaders had their secret accounts exposed in the Panama Papers, one of the biggest document leaks in history.

David P. Weber, academic director of Fraud Management Programs in the Office of Executive Programs at the University of Maryland’s Robert H. Smith School of Business, was one of two banking experts who helped journalists analyze the Panama Papers prior to publication. “Money laundering today is not just for drugs or arms traffickers,” Weber says. “Increasingly, laundering is also used by citizens to avoid taxes on legitimate earnings. Corrupt public officials also use laundering to hide bribes, kickbacks, public funds and, on occasion, even development loans from international financial institutions.” He explains how the process works:

The principles of money laundering are to hide, move and reinvest wealth to prevent others from discovering the source.  Put simply, laundering is the process where the origins and ownership of money, generated as a result of criminal or sometimes legitimate activity, is concealed.

Placement: First the money needs to be put into commerce. This is called placement, or in law enforcement or regulatory circles, smurfing. Many illegal activities are forced at the outset to deal in cash, and cash is cumbersome, hard to protect, and logistically very heavy.  For example, $1 million in $1 bills weighs more than one ton. Multiplied by many millions, the storage, protection and transportation of money is challenging. It is therefore important, if for no other reason than logistical efficiency, to place this money into the banking system where it can be spent in a manner other than a cash transaction.

Layering: Second, it is not enough to place the money into the banking system. It can still be traced to the original illegal acts. Therefore, the proceeds must be laundered through the use of purportedly legitimate means and, as a result, the proceeds lose their existing (criminal) identity and appear to have originated from a purportedly legitimate source. This laundering is usually repeated several times with the specific intention to obfuscate where the money originally came from. Owning legal businesses that can be used as fronts for layering is the Holy Grail for narcotics traffickers and organized crime.

Integration: Ultimately, after the money is sufficiently layered, the third and final process is called integration. By now the funds have been placed in the legitimate banking system and the source of the funds has been obfuscated.  Without a huge undertaking, governments or regulators cannot tell where the funds in question came from.  This allows for their use for any legal purpose — and most of the purposes used are in fact legal. Corrupt officials, organized crime leaders and drug cartels purchase cars, food, homes, vacations, and luxury goods as do any other wealthy people. 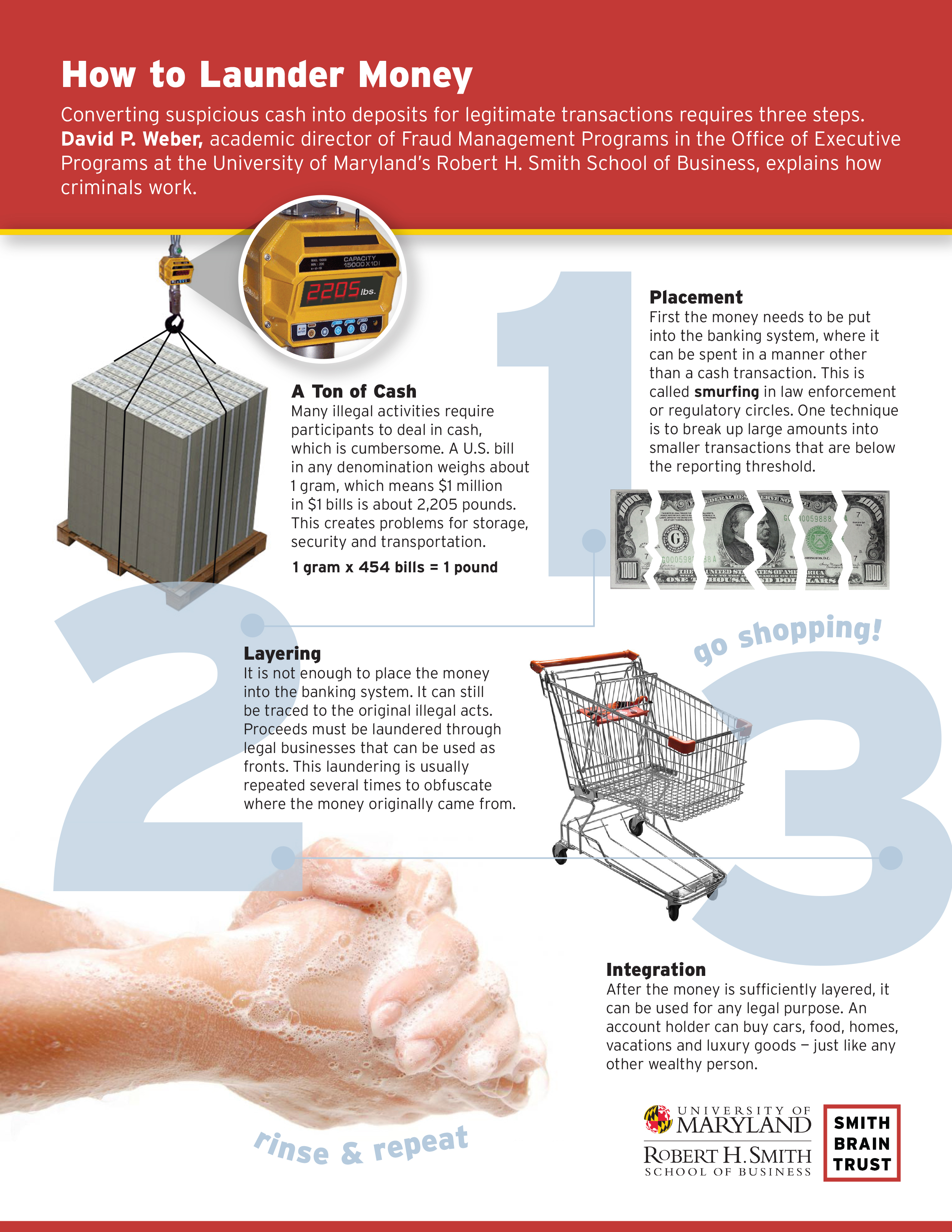 Well most value investors know the answer to this one . However, still interesting and the switch of roles among the men is very interesting.... Two seasoned investment pros... read more

Aswath Damodaran uses HP as an example and look at how to make judgments on the quality of corporate governance, based upon public filings. Aswath Damodaran - In Practice Webcast... read more

According to James Montier, now is the time to allocate away from U.S. equities and into emerging markets. Q4 2019 hedge fund letters, conferences and more Montier is a member of... read more

“This U-Turn on nothing fundamentally changing is unprecedented. Three months ago, we were on ‘autopilot’ with the balance sheet and now the bond market is priced for a rate... read more

There has recently been increased interest in long/short equity strategies after strong relative performance in the 1st quarter of 2020 relative to equity indices and the perception that the... read more