Identifying The Effect Of Brexit Risk On Asset Returns by Jeffrey N. Saret & Gerardo Manzo of Two Sigma  and reflects their views, not necessarily the firm’s  –– please see important legal disclaimer at bottom of post

Identifying the effect of Brexit risk on asset returns proves challenging due to a lack of data. Translating news and other web stories into data and studying asset volatility may offer a secondbest option. An analysis of search-volume from November 2015 through June 2016 shows that Brexit seems to affect assets related to longer-term economic effects, like corporate profitability and default risk (e.g., FTSE, fiveyear CDS spreads on UK sovereign debt), more than assets tied to monetary policy (e.g., ten-year Gilts and the GBP exchange rates).

On Wednesday April 18, 1951, the prince of Belgium, the grand duchess of Luxembourg, the queen of the Netherlands, and the presidents of Germany, France, and Italy signed the treaty establishing the European Coal and Steel Community, which would become known as the Treaty of Paris. In the wake of World War II, these European countries hoped to create an organized and vital Europe through the establishment of economic ties.

Like marching soldiers, European countries have since steadily trudged towards an ever closer union. A vote by British citizens on June 23 may break that stride, as the United Kingdom decides whether it wants to remain in the European Union.

Recognizing the significance of a “Brexit” event appears easy. Identifying its effect on asset returns, on the other hand, proves more difficult. Few relevant historical case studies exist, particularly because the legal and institutional implications for a country to leave the European Union remain unknown (e.g., will the Schengen Area or the common market end? Will other countries follow the UK’s example?). In theory, prediction or betting market information joined with other data sets could offer quantitative insights. In practice, these markets suffer from limited depth on the Brexit topic, particularly over the time horizons necessary to derive statistical confidence for an empirical analysis.

In lieu of trying to quantify the effect of Brexit on asset prices, quantifying the effect on asset volatility offers a second-best approach. Research published in academic journals (e.g., Rigobon, 2003) outlines a twostep application. First, measure the news volume for a topic to serve as a proxy for the time-varying risk of that topic. Second, compare the variance of asset prices on high news-volume days (i.e., a “treatment” group) to the variance on other days (i.e., a “control” group). For assets most at risk from an event, the ratio of the variances will not equal one (i.e., the treatment will look different than the control). Rigobon and Sack (2005) apply this methodology to estimate the effect of the 2003 Iraq war on asset markets. Applying this approach to recent website term-searches shows that Brexit has affected assets related to longer-term economic effects like corporate profitability and default risk (e.g., FTSE, five-year CDS spreads on UK sovereign debt) more than assets tied to monetary policy (e.g., ten-year Gilts and the GBP exchange rates).

Google Trends offer a publicly available repository of search-volume. Figure 1 plots an index of the daily quantity of searches of the term “Brexit” from November 2015 through mid-June 2016.1

The chart highlights two main points. First, Brexit-volume has mostly trended higher since March 2016, suggesting that Brexit has attracted increasing attention over the past few months. Compare that to the results from the January Two Sigma Macro Tail Risk Survey, when Brexit did not crack the top five tail risks in a survey of sell-side sales professionals.2 At the time, the survey suggested a “China Hard Landing” or a “Market Liquidity Event” presented greater risk.

Second, the volume of searches fluctuates widely on a daily basis, which makes statistical analysis both easier (more variation) and trickier (more noise). Since most searches utilize a relatively static structure (e.g., a preset number of newspaper pages or a predefined television program length), the volume of Brexit-related searches will typically vary due to two factors: an event that changes the probability of a stay or leave vote, and the relative importance of Brexit on a day when other news events occur (e.g., terrorist attacks, changes in the oil price). For example, On February 22, 2016, London mayor Boris Johnson publicly declared his support for Brexit, and the volume of Brexit stories spiked. Conversely, on May 19, 2016, the crash of an EgyptAir flight captured more attention.

Since November 2015, Brexit risk appears to have affected UK-listed stocks and credit markets more than other assets. On days when changes in Brexit-volume was two standard deviations above the mean, the variance of UK-listed equities (proxied by the FTSE) was nearly 2.5 times greater than on other days. Similarly, the variance on the credit default swaps (CDS) of the UK government was more than three times greater than other days. Brexit-searches had no statistically significant effect on UK 10 year sovereign debt or European CDS spreads (iTraxx). These results appear consistent with the belief that Brexit would adversely affect the long-term real economy by harming corporate profitability, reducing both earnings and the ability of financial institutions to manage their debt.

Conversely, the variance on the pound was lower on days with relatively abundant Brexit-searches. One potential explanation is that if Brexit occurs, the Bank of England would adjust monetary policy to try to stabilize the broader economy. Since monetary policy has a more direct effect on exchange rates than on equities or credit, Brexit might pose less of a risk in the forex markets than elsewhere. An alternative explanation is that global macroeconomic conditions, such as changes in the oil price, have a relatively larger effect on exchange rates than on UK domestic equity and credit markets. Since Brexit-search volume as a percentage of overall searches was lower on days of global macreconomic uncertainty, a muted effect on the pound seems plausible. This second explanation also appears consistent with the data showing non-GBP currencies (e.g., USDEUR) had significantly lower variance on high Brexit news days.

When presidents of republics, queens, and princes made real the European dream of a greater and peaceful unification, they probably did not imagine that one day their successors might turn that unity into a collective march towards economic instability. A British exit from the European Union would likely have broader implications beyond UK asset returns. A similar analysis to figure 2 (not reported) shows that Brexit risk already infects other European equity markets, particularly Greece and Portugal.

A Brexit might also only prove the first chink in the European armor. The precedent could set in motion a ripple effect that would delink other European countries from the community, affecting the lives not just of the 60 million British citizens but the hundreds of millions of other European Union residents. A recent survey by Ipsos Global reports that an increasing percentage of Europeans, including majorities in France and Italy, would vote to leave the European Union if an exit referendum were held in their countries today.3 At least the British, and potentially others, will learn to enjoy their tea knowing they have sovereignty over the shillings they use to pay for it.

This report is prepared and circulated for informational and educational purposes only and is not an offer to sell or the solicitation of an offer to buy any securities or other instruments. The information contained herein is not intended to provide, and should not be relied upon for investment, accounting, legal or tax advice. This document does not purport to advise you personally concerning the nature, potential, value or suitability of any particular sector, geographic region, security, portfolio of securities, transaction, investment strategy or other matter. No consideration has been given to the specific investment needs or risk-tolerances of any recipient. The recipient is reminded that an investment in any security is subject to a number of risks including the risk of a total loss of capital, and that discussion herein does not contain a list or description of relevant risk factors. As always, past performance is no guarantee of future results. The recipient hereof should make an independent investigation of the information described herein, including consulting its own tax, legal, accounting and other advisors about the matters discussed herein. This report does not constitute any form of invitation or inducement by Two Sigma to engage in investment activity.

The views expressed herein are not necessarily the views of Two Sigma Investments, LP or any of its affiliates (collectively, “Two Sigma”) but are derived from the Two Sigma Alpha Capture system (the “Alpha Capture System”), which gathers inputs from sell-side contributors (not analysts) to the Alpha Capture System who receive compensation for their participation, as further described in the section titled “Brief Explanation of the Data” (page 1 hereof) and the document titled “Overview of the Two Sigma Alpha Capture System”. Such views (i) may be historic or forward-looking in nature, (ii) reflect significant assumptions and subjective judgments of the contributors to the Alpha Capture System as well as, in some instances, the authors of this report, and (iii) are subject to change without notice. Two Sigma may have market views or opinions that materially differ from those discussed, and may have a significant financial interest in (or against) one or more of such positions or theses. In some circumstances, this report may employ data derived from third-party sources. No representation is made as to the accuracy of such information and the use of such information in no way implies an endorsement of the source of such information or its validity.

This report may include certain statements and projections regarding the anticipated future performance of various securities, sectors, geographic regions or of the Alpha Capture System generally. These forward-looking statements are inherently subject to significant business, economic and competitive uncertainties and contingencies, many of which are beyond our control. In addition, these forward-looking statements are subject to assumptions with respect to future business strategies and decisions that are subject to change. Factors which could cause actual results to differ materially from those anticipated include, but are not limited to: competitive and general business, economic, market and political conditions in the United States and abroad from those expected; changes in the legal, regulatory and legislative environments in the markets in which Two Sigma operates; and the ability of management to effectively implement certain strategies. Words like “believe,” “expect,” “anticipate,” “promise,” “plan,” and other expressions or words of similar meanings, as well as future or conditional verbs such as “will,” “would,” “should,” “could,” or “may” are generally intended to identify forward-looking statements. 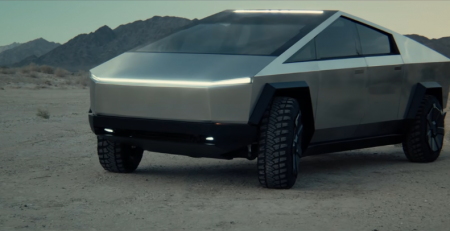 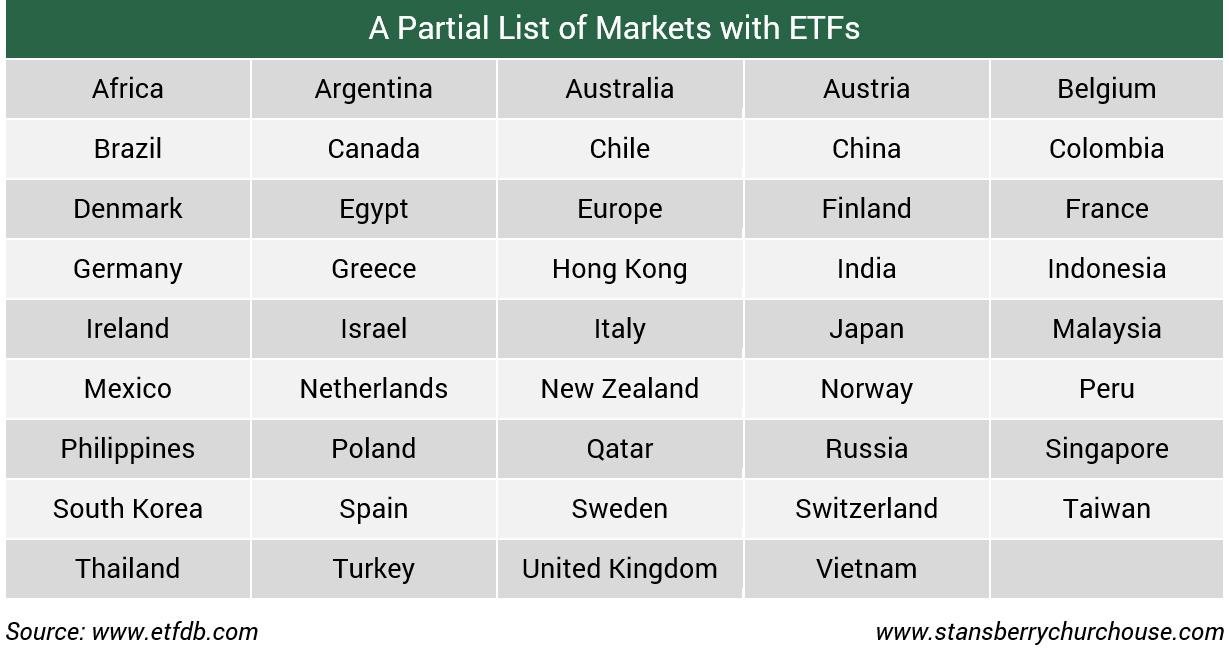 Buffett Reminds His Top Managers: Reputation Is Everything Warren Buffett, who’s run Berkshire for the past five decades, sends a memo every other year to the managers of each of... Read More