Our paper focuses on mutual fund characteristics associated with periods of extreme performance. We find funds with either positive (hot-hand) or negative (icy-hand) persistence tend to have portfolio similarities consistent with riskier positions: compared to no-streak funds they hold less stocks and invest more in top 10 holdings. Also both hot-hand and icy-hand funds have significantly higher turnover than benchmark funds.

At the same time, icy-hand (hot-hand) funds tend to have larger (smaller) management teams, and are less (more) likely to be managed by one manager. Finally, we do not observe many funds changing their management teams either before or after the streak of extreme performance. That is neither find we evidence that the beginning of extreme performance is associated with changes in management, nor that it causes changes in management.

Performance of mutual funds has continually been a focus for both investors and academic researchers. Starting with Jensen (1968), who documented negative average fund alphas net of expenses and trading costs, academic literature has accumulated a large body of evidence relating a funds’ performance to its characteristics. For instance, empirical evidence suggests that larger funds (Indro et al., 1999, Chen et al., 2004, Yan, 2008, and Ferreira et al., 2013) and funds with higher fees (Volkman and Wohar, 1995, Carhart, 1997, Prather et al., 2004, and Gil-Bazo and Ruiz-Verdu, 2009) perform worse. Additionally, there is evidence of short-term persistence in fund performance (Hendricks et al., 1993 and Huij and Verbeek, 2007) and also a “smart money” effect (Gruber, 1996 and Sapp and Tiwari, 2007).

Next, we look at which characteristics are responsible for triggering the beginning and the end of the extreme performance period. Decreases in the total number of holdings and the expense ratio have a significant effect on the probability of the hot-hand starting. As for the icy-hand funds, an increase in both the total number of holdings and the turnover has a significant effect. These results highlight that positive and negative performance funds take different paths towards their streaks of extreme performance.

Hugh Hendry’s streak of bad luck in his Eclectica hedge fund continued in July. The Eclectica Absolute Macro Fund finished July with a loss of 1.0, bringing the YTD return to -9.8%,... Read More 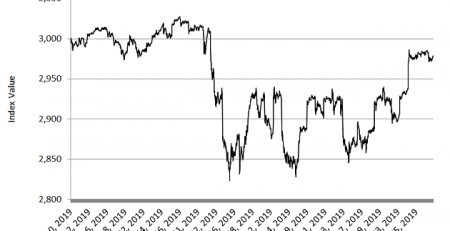 Some of your “safe” stocks aren’t as safe as you might think. Q2 hedge fund letters, conference, scoops etc And now is a good time to sell them. Let me explain… As you... Read More

On Wednesday, Goldman Sachs Group, Inc. (NYSE:GS) reiterated its call for investors to buy gold (NYSE:GLD). Their reasoning behind the call to buy gold is low interest rates and... Read More