Net Income Declines 2 Percent to $39.1 Billion At FDIC-Insured Institutions in 1Q16 by FDIC

Higher expenses for loan losses and lower noninterest income from trading and asset servicing contributed to a $765 million (1.9 percent) decline in quarterly earnings for FDIC-insured institutions in first quarter 2016. Most of the year-over-year drop in net income was concentrated among the largest banks. More than half of all banks—61.4 percent—reported higher quarterly earnings compared with first quarter 2015. Only 5 percent of banks reported negative net income in the quarter, down from 5.7 percent the year before. The average return on assets in the first quarter was 0.97 percent, down from 1.02 percent in first quarter 2015.

Banks set aside $12.5 billion in provisions for loan losses in the first quarter, a year-over-year increase of $4.2 billion (49.7 percent). This is the largest quarterly increase since fourth quarter 2012, and marks the seventh consecutive quarter that loan-loss provisions have increased. Slightly more than one-third of all banks—35.6 percent—reported higher quarterly loss provisions than the year before. Most of the increase in loss provisions occurred at larger banks. Quarterly provision expenses at banks with assets greater than $10 billion were $4.1 billion (54.8 percent) higher than in first quarter 2015, while total provisions at banks with less than $10 billion in assets were $140 million (15.8 percent) higher.

Quarterly net charge-offs (NCOs) totaled $10.1 billion, an increase of $1.1 billion (12.3 percent) compared with a year earlier. This is the second consecutive quarter that NCOs have posted a year-over-year increase, following 21 quarters in a row in which NCOs fell. NCOs of commercial and industrial (C&I) loans were $1.1 billion (144.7 percent) higher than in first quarter 2015. Smaller year-over-year NCO increases were reported in credit cards, auto loans, real estate construction and development loans, and agricultural production loans. The average NCO rate in the first quarter was 0.46 percent, compared with 0.43 percent a year earlier. Fewer than half of all banks—41.9 percent—reported year-over-year increases in quarterly NCOs.

The amount of loan balances that were noncurrent—90 days or more past due or in nonaccrual status—rose by $3.3 billion (2.4 percent) during the first three months of 2016. This is the first quarterly increase in total noncurrent loan balances in 24 quarters, driven by a $9.3 billion (65.1 percent) increase in noncurrent C&I loans. This is the largest quarterly increase in noncurrent C&I loans since first quarter 1987. Most of the increase occurred at larger banks. At institutions with assets greater than $10 billion, noncurrent C&I loans rose by $8.9 billion (82.1 percent). At institutions with less than $10 billion in assets, noncurrent C&I balances increased by $415 million (12 percent). A large part of the weakness in C&I loans is attributable to loans to the energy sector, especially oil and gas producers. Sharply lower energy prices have reduced the ability of many borrowers to service their debts, and a large share of the direct lending exposure of the banking industry to these borrowers is held by larger banks. The average noncurrent loan rate rose from 1.56 percent to 1.58 percent during the quarter. This is still the second-lowest noncurrent rate for the industry since year-end 2007. For C&I loans, the average noncurrent rate rose from 0.78 percent to 1.24 percent. This is the highest noncurrent rate for C&I loans since year-end 2011. Noncurrent rates declined for all other major loan categories in the first quarter.

Loss Reserves Increase for the First Time in Six Years

As a result of the increase in noncurrent loans, the industry’s coverage ratio of loan-loss reserves to noncurrent loans posted its first quarterly decline in 14 quarters, falling from 86 percent at the end of 2015 to 85.5 percent at the end of March. Banks increased their loan-loss reserves by $2.1 billion (1.8 percent), as they added more in loan-loss provisions ($12.5 billion) than they took out in net charge-offs ($10.1 billion). This is the first time in six years that the industry’s aggregate loan-loss reserves have increased. Banks with assets greater than $1 billion, which itemize their reserves for major loan categories, reported a $3.3 billion (10.4 percent) increase in their reserves for estimated losses on non-real-estate commercial loans in the first quarter.

An increase in retained earnings and higher market values in securities portfolios helped lift the equity capital of FDIC-insured institutions by $39.3 billion (2.2 percent) during the first quarter. This is the largest quarterly increase in equity since third quarter 2009. While net income was lower than the year before, banks reduced their cash dividends by $1.6 billion (7.1 percent) compared with first quarter 2015. As a result, retained earnings totaled $18.3 billion, a year-over-year increase of $815 million (4.7 percent). In addition, accumulated other comprehensive income increased by $17.3 Institutionsbillion during first quarter 2016, buoyed by higher unrealized gains on available-for-sale securities. The industry’s ratio of equity capital to total assets increased from 11.24 percent to 11.26 percent during the quarter. At the end of the first quarter, 99 percent of all FDIC-insured institutions, holding 99.9 percent of total industry assets, met or exceeded the requirements for the highest regulatory capital category as defined for Prompt Corrective Action purposes.

Deposits Fund Most of the Industry’s Asset Growth

One Insured Bank Failed in the First Quarter

The number of insured commercial banks and savings institutions filing quarterly financial reports declined from 6,182 to 6,122 in the first quarter. During the quarter, mergers absorbed 58 FDIC-insured institutions, while one insured bank failed. No new charters were added in the first quarter. The number of full-time equivalent employees totaled 2,039,887 in the quarter, a net increase of 6,163 (0.3 percent) from the fourth quarter of 2015, but 2,799 (0.1 percent) fewer than the year before.

The global economy is the perfect example of a complex system. Billions of different inputs all working together combine to make the world economy function. Each person contributing to... read more

When oil prices began to collapse around two years ago, most producers (especially in North America) adopted the mentality that the decline was only likely to be short-lived and... read more 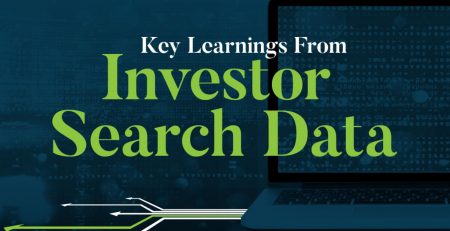 Vienna-based smn Investment Services was founded in 1996 and is a pioneer in the field of systematic trend following. Its CTA program “smn Diversified Futures Fund” has over 18... read more 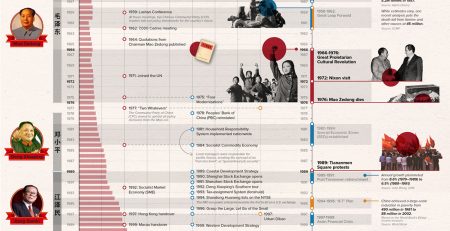 The People’s Republic Of China: 70 Years Of Economic History

From agrarian economy to global superpower in half a century—China’s transformation has been an economic success story unlike any other. Q3 2019 hedge fund letters, conferences and more Today, China is... read more