Anya Kleymenova
The University of Chicago Booth School of Business

This paper studies the consequences of regulating executive compensation at financial institutions using the setting of the introduction of the UK Remuneration Code and the EU bonus cap regulation. Our analysis indicates that while the initial reaction to the Remuneration Code was positive, the stock market reacted negatively to the EU bonus cap regulation, suggesting that equity market investors perceive at least some costs from regulating executive compensation. In line with the intent of regulation, we also find that UK banks defer more bonuses and reduce risk. However, when compared to their US counterparts and other UK firms, UK banks also experience higher CEO turnover. Finally, we find that UK banks’ compensation contracts become more complex after the regulation. Therefore, while regulation may have had the desired effect in terms of risk-taking, it may also have given rise to some unintended costs.

The level and structure of executive compensation has been a frequently debated topic among politicians, CEOs, and academics since the financial crisis of 2007-2009. Critiques of compensation practices at financial service companies often attribute the crisis at least in part to incentive pay that purportedly encourages excessive risk taking. Regulators in Europe and the US have proposed, and in some cases even implemented, regulation that monitors or modifies the level and the structure of executive compensation in the financial services industry. Our objective in this paper is to examine the consequences of regulating executive compensation using the evidence from its first implementation in the UK and comparing the results to samples of financial institutions in Europe and the United States.

We first study the market reaction to the UK Remuneration Code and the European Union’s cap on bonuses. The UK was the first to implement its Remuneration Code, which required deferral of bonus compensation initially for large banks and then for all financial institutions.1 In August 2009, after a consultation period and having considered the recommendations of the Turner Review (Turner [2009]) and Walker Review (Walker [2009a and 2009b], the then FSA published the UK Remuneration Code.2 This was widely seen as a response to the financial crisis and an effort to curtail the pay practices that allegedly contributed to the crisis. The objective of the Remuneration Code was to decrease short-termism among executives by requiring them to defer a larger portion of their bonus compensation and introducing performance vesting conditions for these bonuses to increase pay-performance sensitivity and curb risk-taking behavior. In February 2013, the UK Remuneration Code was followed by the EU-wide bonus caps for all banks in the European Union.3

Interestingly, the announcement of the UK Remuneration Code was accompanied by a positive market reaction, with BIPRU firms experiencing cumulative abnormal returns of 5.04% in a three-day window around the announcement date. Our more extensive study of 18 event dates shows that while the UK Remuneration Code was perceived positively by the capital market, potentially because the restrictions were not binding contrary to prior expectations, EU bonus cap proposal was perceived negatively. Our analysis indicates that BIPRU firms experienced statistically significant 2.25% negative cumulative abnormal returns around the three-day window surrounding the announcement of the European Union proposal to cap executive bonuses. Similarly, other EU banks also experienced negative cumulative abnormal returns of -0.26% over the same period. Our findings therefore are indicative of potential endogenous costs of regulation.

We next study the economic consequences of the new regulation. We use the UK as our setting for these analyses since the UK was the first to pass regulation on compensation following the financial crisis therefore providing a longer time period to observe its effects. In our tests, we compare UK banks to other UK firms, other banks of similar size in the European Union and the US in order to isolate the effect of the regulation from that of the macroeconomic environment at the time. Consistent with the mandate of the Remuneration Code, we observe that changes in BIPRU firms’ compensation are concentrated in deferred bonuses. We find that these firms defer more bonuses after the regulation became effective. However, we also observe that pay-performance sensitivity of deferred bonus compensation decreases after the regulation. In line with the intent of regulation, we also find some evidence of a decrease in measures of firm risk in response to increased bonus deferrals by BIPRU firms post-2010. To evaluate the concerns raised about potential unintended consequences of regulation, we examine whether there is a change in executive turnover behavior after the regulation. We find that the likelihood of unforced CEO turnover for BIPRU firms increases in the post-2010 period. This also holds true when we compare BIPRU firms to US banks, suggesting that compared to US bank CEOs, BIPRU CEOs in the UK are more likely to switch jobs following the introduction of regulation. Finally, we find that following the introduction of the Remuneration Code, BIPRU CEOs’ compensation contracts become more complex in comparison to compensation contracts of CEOs of other large UK firms.

Gene Fox on the Three Key Criteria for Evaluating Management 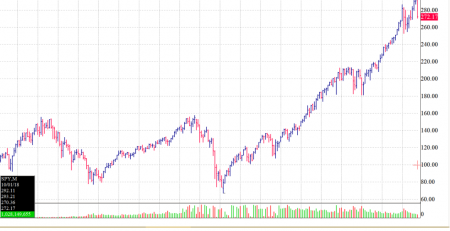 Jefferies Group is once again in the news for sexual misconduct related activities, this time the organization finding itself as the target of a $5.4 million lawsuit alleging the... read more

The race for top hedge fund on the HSBC weekly performance listing is coming down to the wire, and the race might be a little closer than the current... read more

Fairholme Fund commentary for the fourth ended December 31, 2018. Q4 hedge fund letters, conference, scoops etc To the Shareholders and Directors of The Fairholme Fund: Absolute and relative returns for the... read more 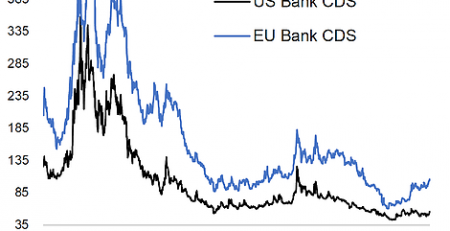 US inflation is low and relatively stable and on balance and will likely stay so for the long term, says a Bridgewater Associates investment strategy note reviewed by ValueWalk. sign... read more

Set against its slowing growth numbers this past week, China still has hopes that import growth can help to keep its trade balance and maintain a recovery. In remarks on... read more