Michael Norman, likely one of the world's largest trolls ( speaking of which where is Bob Chapman these days) is back at his favorite game attacking his favorite target Kyle Bass. Norman has a new video out titled "Kyle Bass. Mr. Japanese "debt crisis" is back." and with the subtitle "More stupidity from this dope." We will note that while many thought Bass' Japan thesis was problematic as we noted years ago, the China thesis (even critics of Bass) 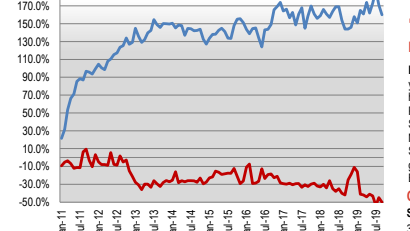 This hedge fund is struggling with costly shorts in 2019 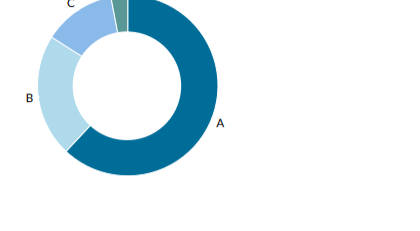 Partners Group Private Equity (Master Fund) experienced a busy third quarter, according to the firm's third-quarter investor report, a copy of which has been reviewed by ValueWalk. Q3 2019 hedge... read more

If academic researchers want to quantify the value of lobbying they can usually look at how much different companies spend on it (controlling for size, industry, and other factors)... read more

The fund of hedge funds business – the manager of managers, hedge funds that invest in other hedge funds -- has witnessed significant growth from 200 to 2008 as... read more

Moody's: The Global Economy Is Improving, But Debt Buildup Is A Concern

After nearly a decade of stagnation, global economic growth is finally starting to recover from its post-crisis slump as measured by credit profiles, growth and debt (in some cases). According to... read more

UK labor markets have improved dramatically in recent months: that’s the view of Bridgewater’s Jason Rotenberg and Spencer Gaffney as published in one of the fund manager's Daily Observations... read more

Leading hedge fund performance is an energy related strategy, somewhat of a theme. As market environments have changed, so too has the performance skew of various hedge fund strategies. When... read more 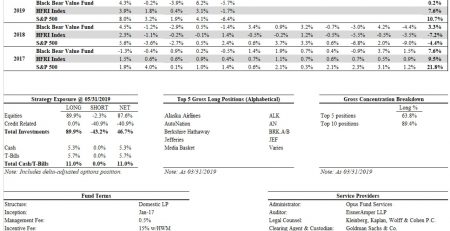 According to analysts at HSBC, Europe has reached a fork in the road. The EU now faces a choice. If countries are politically not able to tackle the root causes... read more

ISIS Terrorists May Be In US: Texas Gov Perry

ISIS terrorists, whose brutality is shown in public beheadings towards those with different religious beliefs, slavery of women and destruction of any religious symbol or temple to which it... read more