Guest Post2016-07-04T00:52:25+00:00
SHOCKING BREAKDOWN OF CHINA’S FOREIGN RESERVES  By John Lee, CFA
Highlight includes:
Only less than half of China’s foreign-exchange reserves are liquid i.e. in the form of Treasury notes, cash, and gold.
China’s possible net capital flight is in excess of $800 billion in 2015, liquid reserves could be depleted sometime in 2017, which could spell market uncertainty ahead.
Watch for the pace of gold’s bullish trend and the RMB’s bearish trend to accelerate.
Gold and silver are both trading highest since January 2015

I want to focus on the composition of China’s foreign reserves, explain why the liquid portion of the reserves may be much smaller than widely believed, and how that situation is bearish for RMB and bullish for gold.

We managed to retrieve the following financial data from the China State Administration of Foreign Exchange (SAFE) website (www.safe.gov.cn):

As expected, this disclosure didn’t say a whole lot, as 97% of the reserves assets fall into category A(1) — “Foreign currency reserves (in convertible foreign currencies)”. Furthermore, 99% of category A(1) falls into the A(1)(a) “Securities” category.

So what’s in the “Securities” category?

“Funds available for foreign currency purchases declined because the authorities had to sell Treasurys to meet demand for dollars and other foreign currencies associated with capital flight. ‘The PBOC has sold at least $106 billion of reserve assets in the last two weeks, including Treasurys, according to an estimate from Societe Generale,’ U.S. wire service Bloomberg reported Aug. 27.

According to data from the U.S. Treasury Department, China’s Treasury holdings — $1.82 trillion — were only about 45% of its total foreign reserves…

China invests some of that money in Euro bonds, Japanese government bonds and Japanese, U.S. and European stocks, but ‘it is unknown how China manages at least $1 trillion of foreign reserves,’ said a veteran market economist.” 2

Through the US Treasury Department’s website ( https://www.treasury.gov/resource-center/data-chart-center/tic/Pages/ticsec2.aspx), I was able to plot the following:

China’s US Treasury holdings (in US$ Billions)

It’s clear China’s US Treasury holdings have held steady between US$1.2 and $1.4 trillion during 2010 to 2016, and likely comprise the single most significant portion of the category A(1)(a) “Securities”.

And what about the other US$2 trillion under “Securities”?

Based on publicly available information, the answer led us to China Investment Corporation (CIC), which is a sovereign wealth fund responsible for managing part of the People’s Republic of China’s foreign exchange reserves. CIC was established in 2007 with approximately US$200 billion worth of assets under management. 3 At the end of 2014, the CIC had over US$740 billion in assets under management.4 CIC’s holdings increased from US$200 billion in 2007 to over US$740 billion by means of capital gains, income gains or additional cash/asset injections by the People’s Bank of China/SAFE. If we assume CIC’s assets stay at US$740 billion today (although they are likely to have increased, as they have every year since 2007), they will make up over 23% of China’s total foreign reserves holdings in 2016.

Adding up the numbers, this leaves us with roughly US$1.2 trillion worth of unexplained assets remaining under “Securities”.

To answer the question of what these “Securities” are, we have to first examine what’s held in CIC, then we will come back to where we think the remainder of the “Securities” went, as I believe through my research, that those two issues are interlinked.

What makes up CIC’s fund?

We retrieved the following financial information from CIC’s latest annual report from its website, (http://www.china-inv.cn/):

The composition of the above 2014 Global Investment Portfolio Distribution pie chart is, I assume, a breakdown of the “Financial assets” under the balance sheet (i.e. 2014: US$225,321 million).

The 2014 Annual Report is vague about what CIC’s “Long-term equity investments” are. I managed to find out under a footnote in the 2010 Annual Report:

So, what is Central Huijin?

Central Huijin Investment Ltd. (Chinese: ????????????) is a Chinese investment company owned by the government of the People’s Republic of China. It is a wholly-owned subsidiary of CIC, and an organization through which the Chinese government can act as a shareholder of the “big four” state-owned banks, thereby improving corporate governance and initiating reforms in the banking industry. 5

Central Huijin was acquired from the State Administration of Foreign Exchange by the CIC for roughly US$67 billion in 2007. 6

Only approximately US$225 billion worth of CIC’s assets (under “Financial assets” in the balance sheet) are foreign assets in the form of equities and bonds. This number was echoed in an article published in The Wall Street Journal, March 27, 2015: “Ding Xuedong, chairman of China Investment Corp., which has about $220 billion in overseas assets, said in an interview with The Wall Street Journal on Friday that he sees diverging economic growth in coming years, with a resurgent U.S. leading the way.” 7

Now circle back to the question: what’s the remaining US$1.2 trillion worth of unexplained assets under China’s foreign-exchange reserves category “Securities”?

Recall that CIC (which manages a portion of the China’s foreign-exchange reserves) owns 47.63% of China Development Bank (CDB). CDB was the second-biggest bond issuer in China (after the Ministry of Finance) in 2009, accounting for about a quarter of the country’s yuan bonds, and the biggest foreign-currency lender. 8 At the end of 2010, CDB had US$687.8 billion in loans, more than twice as much as the World Bank. 9

The question then becomes: where did the US$687.8 billion in loans come from?

The capital injection will be conducted via converting entrusted loans into stakes, it said, adding that the central bank will become the second largest shareholder in the China Development Bank and the biggest shareholder of the Exim Bank.

The capital injections will provide long-term foreign currency for the banks to support Beijing’s ‘One belt, One road’ initiative for boosting connectivity between Asia, Europe and Africa, it said….

China’s cabinet said last week that it had approved the central bank’s reform plans for CDB, Exim Bank and Agricultural Development Bank, in a bid to better finance projects during the current economic slowdown….

China had previously used part of its foreign currency reserves to recapitalise big state lenders to help them restructure and list their shares.” 10

EXIM does not publish figures for overseas loans. However, U.S. officials estimate that it finances more than the total export financing of the Group of Seven industrialized nations combined. 11

It is entirely plausible that the remaining US$1.2 trillion worth of foreign-exchange reserves have already been lent to CDB and Exim and the newly created Asian Infrastructure Investment Bank (AIIB).

In summary, shocking as it may be, and contrary to popular belief, about two-thirds of China’s foreign-exchange reserves are held in U.S. Dollars, approximately one-fifth in Euros, and almost all the rest in Japanese Yen and British pounds. 12

Here is what I think the breakdown is of China’s foreign reserves:

This would also mean that less than half of China’s foreign-exchange reserves are liquid i.e. in the form of Treasury notes, cash, and gold. China reportedly spent over US$50 billion in three days during August 2015 13 to support the RMB, and lost US$500 billion in reserves in 2015. 14 The depleting of foreign-exchange reserves is particularly concerning given the country’s current account surplus which exceeded $300 billion in 2015. 15 This suggests a net capital flight in excess of $800 billion in 2015, and I fear the numbers may be even worse when we account for the over US$500 billion increase in gross external US dollar debt in 2015 over 2014.

Amid full-scale capital flight, the cash/US Treasury reserves could be depleted sometime in 2017. Such an event could spell market uncertainty ahead with a magnitude bigger than that caused by Brexit. Watch for the pace of gold’s bullish trend and the RMB’s bearish trend to accelerate.

I own physical silver and manage a company engaged in silver exploration.

John Lee, CFA is an accredited investor with over 2 decades of investing experience in metals and mining equities. Mr. Lee joined Prophecy Development Corp (www.prophecydev.com) in 2009 as the Company’s Chairman. Under John Lee’s leadership, Prophecy raised over $100 million through the Toronto Stock Exchange and acquired a portfolio of silver assets in Bolivia, coal assets in Mongolia, and a Titanium project in Canada. John Lee is a Rice University graduate with degrees in economics and engineering.

Albert Edwards: China’s Yuan Could Fall To 9.1 As Growth Slows

While the world has been watching Brexit and the British pound’s meltdown, China’s currency devaluation has gone relatively unnoticed, although Société Générale’s Albert Edwards has been keeping a watchful... read more

The stock market’s rally through October 21 would have been the second-best month this year behind July, but this time around investors are being more cautious about what they... read more

Friday's top-line employment number came in at +248K, about 38K above what analysts were expecting. The report led some Wall Street economists to label it "the perfect employment report." Was it? ... read more

In the wake of offering $200 million as its contribution to fight the ISIS terrorist group, Japan now finds itself being asked by the very ISIS terrorists it is... read more 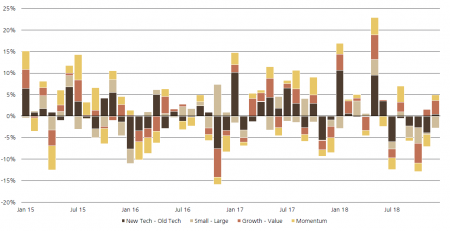 December Was Just A Bear… And Value Still Lost To Growth

It feels like a broken record at this point. December was simply a terrible month for most hedge funds, and we have yet another data set to prove it—as... read more

The battle over Herbalife Ltd. (NYSE:HLF) has been raging for more than nine months at this stage and the front keeps getting wider and wider. In the latest twist,... read more

Is high-flying Apple Computer losing its cache? At a Wednesday presentation discussing business moats at the Morningstar ETF Conference in Chicago, the computer company with its once? dominating strong... read more

I have sent the following letter to all members of the House Ways and Means Committee, the Senate Finance Committee, and the Majority and Minority Leaders of the Senate... read more

The government debt crisis – and the politically unpopular methods required to solve the problem – are taking center stage in Greece, as the ruling government is calling for... read more