Money Is Smart: New Evidence From Investors’ Buys And Sells

The existence of a “smart money” effect has been debated since Gruber (1996) and Zheng (1999) suggested investors select mutual funds that subsequently perform well. Using hand-collected data on monthly inflows and outflows, we examine the relation between fund flows and subsequent fund performance in the U.S. mutual fund market. Our results indicate that investors make smart choices when selecting mutual funds. In particular, their money flow into small funds and money flow out of large funds strongly predict future performance. The effects are robust after controlling for a momentum effect. We also show that investors’ fund selection ability exists even in top-performing funds, which means that the smart money effect is separate from investors’ return-chasing behavior.

Are investors skilled at selecting mutual funds? The performance predictability of mutual fund flows has gained academic interest since Gruber (1996) first addressed the issue. Gruber’s aim was to understand why the actively managed mutual funds sector dramatically expanded despite evidence that they underperform index funds on average. The author suggests that investors cleverly channel their money into funds that are more likely to subsequently outperform, a phenomenon called the smart money effect.

The smart money effect states that investors have fund selection ability. Specifically, mutual funds with greater cash flow exhibit better subsequent performance than those with less cash flow. Using a sample of U.S. equity funds during 1985–1994, Gruber (1996) finds evidence that the average performance of funds with net inflows is significantly positive, based on a riskadjusted performance measure.

Second, our data sample covers a recent period, 1994 to 2011, allowing us to explore the trading behavior of recent sophisticated investors. Ferreira, Keswani, Miguel, and Ramos (2012) find investors in advanced countries to be more sophisticated than in other countries. The more developed the fund industry, the more sophisticated the investors. Keswani and Stolin (2008) show that money is smart in the United States after 1990. The fact that the major portion of the sample period of Sapp and Tiwari (2004) is pre-1990 could be why they could not detect the smart money effect. In addition, since 1994, the SEC has required all mutual funds to disclose their investing activities. Investors can thus easily obtain fund data and construct more precise strategies.

Third, separating inflow and outflow allows us to accurately examine investors’ investment strategies. We investigate the effect of investors’ buy and sell decisions by distinguishing between inflow and outflow. The smartness of money inflow is highlighted in small funds while that of money outflow is remarkable in large funds. The smartness of investor behavior differs by fund size. The behavior of smart investors, who make investments in small funds and avoid investing in large funds, demonstrates that they are able to determine the optimal sizes of funds, as theoretically hypothesized by Berk and Green (2004). The results are somewhat consistent with their model. If an optimal fund size exists, investor money flow plays a role in finding it.

Jim Grant, publisher of Grant's Interest Rate Observer, talks about the impact of the fiscal impasse in Washington on global markets, U.S. debt and the dollar, and the outlook... read more

Mortgage rates spiked to their highest levels this week since July 2011, causing frustration among homebuyers and refinancers who were caught by surprise, as noted by Polyana da Costa... read more

Hayek Kallen Investment Management President's letter and market commentary for the second quarter ended June 30, 2015. “The dynamism embedded in our market economy will continue to work its magic.... read more 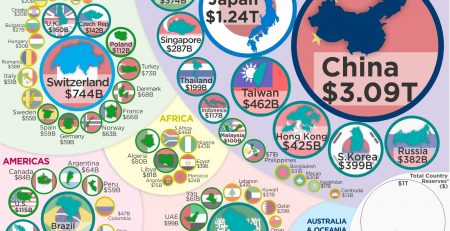 A country’s total reserves can have a dramatic impact on its economic policies. In this post, we’ll look at the countries with the top reserves, especially China, and how... read more

When Ray McKenzie was an executive director at Morgan Stanley, the buzz regarding a unique charity event in New York City that was growing too strong for him to... read more

GreyOwl Capital Q4 Letter Dear Client,   S&P 500 earnings grew approximately 9% for the two-year period from the beginning of 2012 through the end of 2013. Over that same period, the... read more