The Bank of Japan has been noticeably unclear when addressing the effectiveness of its negative interest rate policy (NIRP), a Deutsche Bank report noted. Strangely quiet.

"What now?" is the question being asked of the BoJ
In January when BoJ Governor Haruhiko Kuroda announced the central bank’s negative interest rate policy, he clearly set a benchmark and target. Starting in six months but certainly by years end the impact of negative interest rates to reach the “real economy” would be known.

An abject decline in three forces that have the power to serve as safety nets for the economy has been revealed, according to a survey of the U.S. financial... Read More 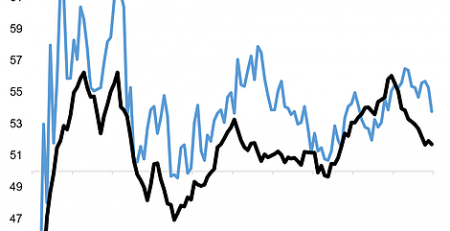 By now you should have seen our best and worst charts of 2018, and the "2018 People's Choice Charts", so here's a follow-on post which looks at a selection of... Read More

If one were to look at the broad stock market measures since the failure of the Trump health care bill March 24, the stock market has been positive, indicating... Read More

Hedge fund investors are concerned about the high correlation between many hedge funds and the equity markets as a “rotation” has occurred between fund strategies, a report from Morgan... Read More