Fairholme Funds semi-annual letter for the half year ended June 30, 2016.

To the Shareholders and Directors of Fairholme Funds, Inc.:

At Fairholme, we don’t try to predict uncertain futures, but rather price securities for a wide range of potential outcomes. We aim to achieve long-term outperformance while minimizing the risks of permanent loss of capital. We target securities priced far below their intrinsic values to counter potential mistakes in estimates and occasional bad luck. Of course, we encounter real risks along the way. After all, there is no free lunch when it comes to success over a lifetime. It is either not free, or it’s not lunch.

Unable to disprove our highest conviction ideas, we added to positions when prices dropped – much in the same way you would expect us to sell when prices rise. Plunging commodity prices allowed for the purchase of corporate bonds that are more senior than common stock at prices that yield equity-like returns. We don’t plan on dramatic portfolio changes, but do expect the Funds to continue this trend toward more current income. The following securities are expected to dramatically move the Funds’ performance.

Fannie and Freddie are two of the best businesses ever owned by the Funds. Think of these two mortgage insurers as public utilities, just like your local electric company: every day, Fannie and Freddie provide essential services to millions of families by making home mortgages affordable and accessible. For decades, in good times and bad, they have supported the middle class in pursuing the American Dream – a home to raise children, a nest for a worry-free retirement – at no cost to taxpayers.

Last year, Fannie and Freddie earned a combined $17.3 billion in net income. This is not an aberration: Fannie and Freddie have consistently generated revenue in excess of their cash expenses. Given their substantial profi tability, these two companies should be the safest of preferred stock issuers. But, the government’s imposition of a “Net Worth Sweep” that usurps all of the companies’ capital has turned common sense on its head. In February, Federal Housing Finance Agency (“FHFA”) Director Mel Watt publicly acknowledged that the “lack of capital” resulting from the Net Worth Sweep is “the most serious risk and the one that has the most potential for escalating in the future.” Legislators agree, but have failed to resolve the issue.

A key lesson from the 2008 crisis is that all fi nancial institutions need adequate capital. Regulators, including FHFA and the United States Treasury (“Treasury”), readily acknowledge that large financial institutions need even more. However, in the context of Fannie and Freddie – the largest financial institutions in America – FHFA and Treasury pretend that neither company needs tangible equity capital on its balance sheet because of a government standby commitment. This is neither safe nor sound. The ability to “Phone-a-Friend” is not capital and certainly does not protect taxpayers. Our ongoing litigation seeks to ensure that Fannie and Freddie retain earnings to prudently rebuild capital and honor all obligations. In this regard, there have been several positive developments:

The Funds’ investments in Sears span the capital structure – from common equity to short-duration bonds yielding over 10% – and yours truly joined the Board of Directors in February. The company is “focused on restoring profitability” and improving operating performance by transforming “from a traditional, store-only based retailer into a more asset-light, member-centric integrated retailer.”6 Sears also announced that it intends to unlock more value for shareholders by exploring strategic alternatives for its Home Services as well as Kenmore, Craftsman, and DieHard brands. Similar public businesses have enterprise values that range from one-half to two times revenues. Market observers are just discovering parts of Sears that they hardly knew existed. Case in point: a press article recently “uncovered” developments at Innovel Solutions (previously known as Sears Logistics Services), a profitable 1,100-truck delivery service with a distribution network consisting of 11 regional warehouses and 24- to 48-hour delivery capability for the majority of households in the United States. The service “has grown 238 percent since 2014”7 and is expanding relationships with manufacturing customers, retailers like Costco, and even the U.S. military. It’s taking much longer than we thought, but we’re still optimistic.

Having recently celebrated its first anniversary as an independent and publicly traded real estate investment trust (REIT), Seritage is making steady progress in repurposing, re-tenanting, and redeveloping many of the 266 properties that it purchased from Sears last year. In the company’s inaugural Annual Report, CEO Ben Schall explains why the company’s genesis within Sears will prove lucrative:

The origins of our real estate portfolio trace back 30 to 40 years ago, during a period of expansive retail real estate development and the proliferation of super regional malls. Sears played a central role as a leading anchor, property owner and, at times, co-developer of many of these new developments. Sears’ prominence during this era is reflected in two important outcomes evident in today’s real estate landscape. First, Sears received fee ownership over large parcels of land to construct its department stores, auto centers and related uses. Second, and equally important, Sears was able to select prime locations at the front entrance and at the primary intersections at many of these new developments. Seritage Growth Properties is now the beneficiary of this real estate lineage, with fee ownership over some of the most desirable and visible locations in many of the top markets across the country. The premise of Seritage, the reason we were formed, and what we’re focused on each and every day, is unlocking the underlying real estate value of our high quality portfolio, and in turn, creating significant returns for our shareholders.

Consider the significant growth potential for retail property owners like Seritage (and for that matter, Sears): “Redeveloping anchor space comes at a cost to landlords, but holds the promise of hefty returns as department stores paying as little as $2 a square foot in rent are replaced by new anchors paying $15 to $20 a square foot, real estate executives said. If the space is carved into smaller parcels for specialty retailers, rent can approach $100 a square foot. At the same time, the new, more productive tenants help lift sales at the overall mall by pulling in more shoppers, the executives said.”9 With time, we expect Seritage’s net operating income and dividend payout to grow rather dramatically, and for our longstanding investment thesis on the repurposing of Sears-related assets to come to fruition.

“Copper is used in everything from automobiles to air conditioners, but it has one property that makes it especially attractive for medical use: it kills bacteria” – a new demand.10 Imperial Metals is on pace to double annual copper output and rival the lowest-cost producers with its Red Chris mine. Further improvements in production and recovery rates at both Red Chris and Mount Polley will generate significant cash profits. Higher prices will speed repayment of debts and plans for new developments within.

Short-duration bonds of Chesapeake Energy, such as the 7.250% bonds maturing in 2018, were purchased at substantial discounts to par to yield double digit returns. Chesapeake is one of America’s largest producers of natural gas, oil, and natural gas liquids. The company’s assets span numerous U.S. shale basins. New management has navigated the cyclical downturn in oil and gas prices by cutting costs, raising liquidity, and reducing outstanding debt to the lowest level in the last nine years. Though we normally shy away from commodity price forecasting, data shows that natural gas markets have tightened due to waning production growth, expanding exports (to Mexico or via liquefied natural gas), and record domestic demand for electricity generation. Price forges its own anchor. While the company maintains an active hedging program to mitigate future commodity price fluctuations, small improvements in commodity prices can have a significantly positive impact on Chesapeake’s operating results. The company’s $4 billion revolving credit facility was recently reaffirmed and remains almost entirely untapped, which should provide flexibility for Chesapeake to renegotiate gas gathering contracts and shed additional assets to further reduce obligations.

The Funds own senior bonds of Atwood due 2020 with a 17% yield to maturity. Year-to-date, Atwood has retired over 30% these bonds due 2020 via open market purchases and a $150 million cash tender offer announced in late June. These events indicate that management believes it has the financial wherewithal to meet all obligations and take advantage of market mispricing. An existing $220 million cash balance, available credit line, and current contractual backlog provide ample liquidity. Atwood’s fleet of 11 high-spec rigs has a superb operating record and management continues to blend and extend transaction dates with both customers and suppliers.

Improving operating efficiencies more than counter declining net interest margins. Bank of America’s return on tangible assets has hit our 10% goal. Yet, common share prices remain below tangible assets (on a per share basis). Recent regulatory approval for a 50% increase in dividends and another $5 billion of stock buybacks will improve capital allocation.

Except for last year’s large tax bill, we have little to complain about. Our views on AIG are well documented. Remaining warrants are attractive given (i) a 2021 expiry, repricing terms, and related stock price, and (ii) increases in underwriting margins, operational efficiencies, and share repurchases.

Finding new investments is always difficult. It’s certain to be so, but as opportunities emerge in new sectors and securities, our Funds have the necessary liquidity. The appendix to this letter shows performance and issuer data for each Fund. I look forward to providing additional information during our next conference call in October.

Thank you for your continued trust.

See the full letter below.

Despite its resounding rally so far, EM financial asset performance will remain robust in the second half of the year, as the external and local conditions that are supporting... read more

Today's initial claims numbers were very encouraging for people bullish on the economy. The number of claims came in at a four year low. Economists are increasingly optimistic about... read more

George Soros: No country in the West has experienced as rapid a decline in living conditions as Greece in the last decade. As a result, open society is in... read more 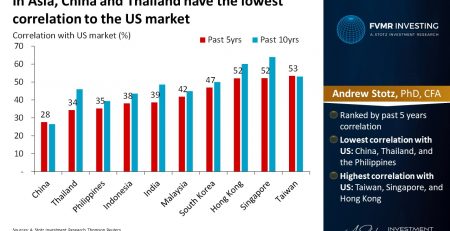 Despite the vitriolic political temperatures that characterize the Persian Gulf, the U. S is steadily increasing its reliance on oil from Saudi Arabia. This year alone, U.S imports from... read more

On Wednesday May 1, Rwanda issued $400 million of 10 year Eurobonds with a 6.875 percent yield and a rating of B. The deal is US dollar denominated and... read more