Markets are torn between anxiety over the fallout from the UK’s vote to exit the European Union and the prospect of a strengthening U.S. economy. Downside risks to global growth point to a U.S. Federal Reserve on hold — and reinforce our view of low global interest rates for long. Our key views:

We have trimmed our expectations for global growth. We see a risk of a UK recession and expect downgrades to an already poor growth outlook in the eurozone as the Brexit vote weighs on sentiment. Even in the relatively shielded U.S. economy, measures of policy uncertainty have spiked. See the Uncertainty Is Certain chart. It does not take much to knock the economy off its trajectory.

Consensus GDP forecasts still understate U.S. growth, according to our BlackRock Macro GPS “nowcasting” indicator, but not by as much as before the Brexit vote. We see EM economies stabilizing as the Fed keeps rates on hold. Renewed credit growth in China supports economic growth — but has less impact than in the past and could lead to a bust in the long run.

The global economy is limping along, with the U.S. holding up, and Chinese growth, commodities and EM currencies stabilizing.

Bargains are hard to come by in the capital markets today. Government bonds are very expensive compared with their history as an ever larger part of that universe offers negative yields. See the Few Bargains chart. Valuations in equity and credit markets appear more reasonable on a relative basis, but corporate profits look challenged.

Those seeking to buy into market weakness should beware of notionally cheap assets facing structural challenges. Examples are UK real estate in the wake of the Brexit vote and European bank shares. We like value, but it has to have a pulse. We focus on assets with relatively attractive valuations and positive drivers, such as dividend-growth stocks, investment-grade credit and selected EM debt. “Carry,” or income, is crucial in a world where we expect low rates for even longer. Holding quality sovereigns such as U.S. Treasuries makes sense as a portfolio hedge against “risk-off” episodes — and for investors seeking to match liabilities. Negative yielding sovereigns such as German government bonds come with a hefty price tag.

Valuations across the capital markets range from fair to very expensive. The right entry points and security selection are key.

Central banks in the developed world have been trying to lift inflation from depressed levels and nudge up economic growth. Can they succeed in their reflation objective? Many of us see the U.S. as the only reflationary game in town. Services-based components of the consumer price index (CPI) such as housing rents are rising at a 2%-plus annual clip. Also, the U.S. unemployment rate fell to 4.7% in May, the lowest since late 2007, according to the U.S. Labor Department. Tighter labor markets typically lead to rising wages. This all points to rising inflationary pressures. We had a spirited debate on reflation, with some of us seeing little chance of it due to low nominal economic growth and a world marked by oversupply. This crowd expected a slowdown driven by tightening financial conditions and renewed EM stresses such as currency weakness.

We see the U.S. leading any reflationary trend, driven by price increases in the services sector and moderate wage growth.

We see the hurdles for generating headline inflation moving progressively lower in the second half. Thanks to the oil price rebound, year-on-year comparisons of headline consumer prices should start to look increasingly favorable in coming months. This “base effect” alone would propel headline U.S. inflation to near 2.5% by early 2017 if core inflation and energy prices just stayed at current levels, we estimate.

This simple extrapolation tells a similar story for the UK, eurozone and Japan, albeit starting from much lower bases. See the Coming to You Soon chart. The prospect of higher inflation prints should not come as a surprise to markets. Yet there could still be a sticker shock, which could help nudge depressed inflation expectations higher.

A sharp fall in the British pound may exacerbate inflationary pressures in the UK. Yet slower growth fueled by Brexit uncertainty could depress inflation expectations even more in the eurozone.

What does this mean for portfolios? For now, the monetary policy divergence trade looks dead. Signs of U.S. reflation would bring it back to life. This should translate into a stronger U.S. dollar — which optimists see helping limit any U.S. goods inflation. This would slow any further dollar gains, and buffer emerging economies against more currency falls. Result: a sort of Goldilocks scenario for both the global economy and risk assets.

Not all reflationary scenarios are good for risk assets. If the U.S. Federal Reserve appeared willing to tolerate a temporary overshoot of its inflation target, short-term nominal bond yields could spike. Investors would worry a behind-the-curve Fed may have to raise rates more quickly in the future. Similarly, a sustained rise in inflation that prompted a series of Fed rate increases would rattle most portfolios. Sovereign yields could spiral upward, and bond proxies such as real estate investment trusts and utilities would likely plunge. Value equities and commodities could rally.

Will U.S. reflation lead to a sustained rise in inflation for the rest of the world? We see this as unlikely for now. Low nominal growth and global disinflationary pressures caused by China’s export machine spitting out goods with stable or lower price tags have kept a lid on global inflation. And inflation may peak at lower levels than in the past. Rapid technological change, such as automation and “asset-lite” business models that use spare capacity, is suppressing wage and price growth, we believe.

Reflation also carries risks: Most asset prices would suffer if the Fed were seen to fall behind the curve on inflation, we believe.

The key driver of U.S. inflation heading into 2017 is the service sector. The headwind of a stronger dollar also appears to be abating. The Fed’s recent dovish rhetoric suggests real rates will stay low for longer than anticipated — and that the Fed is willing to allow inflation to run a little hot.

We also like inflation breakevens in the eurozone and Japan, given a potential mix of actual inflation and accommodative central bank policies. The British pound’s fall has made UK inflation-linked assets interesting.” — Martin Hegarty — Head of BlackRock’s Inflation-Linked Bond Portfolios in the Americas

An expected hiatus in Fed rate rises bodes well for beaten-down EM assets. The U.S. dollar paused its ascent in 2016, reversing the pressures that plagued EM currencies last year. A weaker U.S. dollar in the past has often coincided with strong performance in EM equities. See the Mirror Image chart. Brexit uncertainty has led to a resumption in dollar strength, but we see this as contained and posing little threat to the EM world.

The cyclical challenges that led to poor EM returns in recent years are now reversing. Weaker currencies have — with a lag — led to improving trade balances. The oil price and China’s slowing economy have stabilized. Market-unfriendly governments have been ousted in key economies such as Brazil. And portfolio flows into EM debt have resumed — with room for upside because most investors are still underweight the asset class.

We are warming up to EM assets, thanks to reforms in some countries and strong demand from investors fleeing negative rates.

Many EM stocks are cheap for a reason. Companies tend to respectminority shareholder rights only when they need investment. The most exciting sectors (domestically oriented stocks, tech and fast-growing services) are pricey or underrepresented in indexes dominated by banks, manufacturers and government-controlled firms. Technological progress is shedding jobs in agriculture and manufacturing, potentially turning the EM world’s “demographic dividend” into a liability. It is critical to be selective.

In equities, we like India on improving economic and reform momentum, and Southeast Asian countries with domestically led growth. In fixed income, we see opportunities in local-currency debt of Brazil, India, Indonesia and Poland for those who can stomach volatility. We believe markets are pricing in further EM currency declines that are excessive due to stabilizing fundamentals and a 50% depreciation since 2011. EM assets often do well from low currency values. We like hard-currency EM debt for income in a yield-hungry world.

We like EM debt for income in a world desperate for yield.

“ The Great Migration to EM debt has kicked off. People are flocking to the asset class when yields are zero or less elsewhere.” — Sergio Trigo Paz — Head of BlackRock Emerging Markets Fixed Income

“We like the countries that respect minority shareholder rights as a matter of course, not just when they need you.” — Sam Vecht — Member of BlackRock’s Global Emerging Markets Equity Team 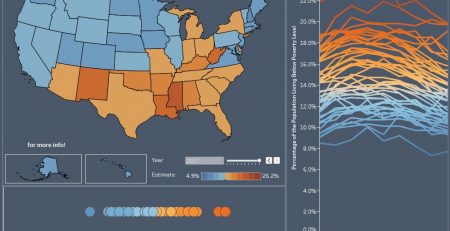 How many people live below the poverty line in states across the country? Q3 hedge fund letters, conference, scoops etc Today’s interactive map comes to us from Overflow Solutions, and it... read more

Simon Lack, author of “The Hedge Fund Mirage,” feels vindicated that many hedge fund managers have embraced some of his original comments critical of the hedge fund industry. In an... read more

A California court has ruled that the Bill Gross legal case against Pacific Investment Management Co., the firm he founded in 1971, can proceed. Bill Gross at the Morningstar conference... read more

Dan Loeb uses Yoga to engage in unethical practices, charges a masked yoga devotee who doesn't like the name of Samadhi for a yacht read more