The Urgency Of Addressing China’s Corporate Debt Problem by IMF

On July 27, 2016, the Executive Board of the International Monetary Fund (IMF) concluded the Article IV consultation1 with China.

China continues its transition to sustainable growth, with progress on many fronts yet also many challenges. Growth slowed to 6.9 percent in 2015 and is projected to moderate to 6.6 percent this year owing to slower private investment and weak external demand. The economy is advancing on many dimensions of rebalancing, particularly switching from industry to services and from investment to consumption. But other aspects are lagging, such as strengthening SOE and financial governance and containing rapid credit growth.

Inflation dipped below 1.5 percent in 2015 and is expected to pick up to around 2 percent this year, reflecting the rebound in commodity prices and the exchange rate depreciation since mid-2015. Infrastructure spending picked up and credit growth accelerated in the second half of 2015. Accommodative macro policies are projected to continue supporting activity over the remainder of 2016.

The current account surplus is projected to decline to 2.5 percent of GDP this year (from 3 percent of GDP in 2015) as imports increase and the services deficit widens with continued outbound tourism. The balance of payments came under pressure in 2015 due to large capital outflows, mainly related to repayment of external debt. The volume of outflows is expected to moderate this year. After appreciating 10 percent in real effective terms through mid-2015, the renminbi has depreciated some 4.5 percent since then and remains broadly in line with fundamentals.

Executive Directors commended the Chinese authorities for their strong determination to achieve more balanced, sustainable growth. They noted that economic growth continues to moderate and is driven increasingly by services and consumption. Directors welcomed the impressive progress on structural reforms in many areas, notably interest rate liberalization, internationalization of the renminbi, and urbanization. They also welcomed the 13th Five-Year Plan, with its ambitious goals centered on economic rebalancing.

Directors noted that China’s economic transition will continue to be complex, challenging, and potentially bumpy, against the backdrop of heightened downside risks and eroding buffers. They stressed the need for decisive action to tackle rising vulnerabilities; reduce the reliance on credit-financed, state-led investment; and improve governance, risk pricing, and resource allocation in the state-owned enterprise (SOE) and financial sectors. Directors emphasized that consistent, well-coordinated, and clearly-communicated policies are key to a smooth, successful transition, which will eventually benefit the global economy.

Directors highlighted the urgency of addressing the corporate debt problem through a comprehensive approach. They encouraged the authorities to harden budget constraints on SOEs; triage and restructure or liquidate over-indebted firms; and recognize losses and share them among relevant parties, including the government if necessary. Piloting a few SOEs would make a strong start to the process. Directors recommended that the authorities complement these measures with targeted social assistance for displaced workers, and initiatives to facilitate entry of new, dynamic private firms.

Directors concurred that macroeconomic policies should be geared at lowering vulnerabilities, which would likely entail somewhat slower growth in the short term. They welcomed the authorities’ intention to rely on fiscal support if growth falls sharply in the near term. To this end, they saw merit in using on-budget, pro-consumption measures, which would help promote internal and external rebalancing. Measures could include raising pensions; increasing social, education and health spending; providing restructuring funds; and cutting minimum social security contributions. Continued efforts are also needed to ensure full implementation of the new budget law, improve fiscal transparency, and modernize the tax system.

Directors noted the staff’s assessment that the renminbi is broadly in line with fundamentals, although the external position in 2015 was moderately stronger than consistent with fundamentals. They welcomed steps toward an effectively floating exchange rate regime and encouraged the authorities to build on this progress while carefully managing the transition, and with the support of a more market-based monetary framework. Directors supported a cautious approach to capital account liberalization that is carefully sequenced with the progress on exchange rate flexibility and financial sector reforms.

Directors encouraged the authorities to continue to improve data quality and policy communications, which would help reduce uncertainty, align expectations, and guard against market turbulence.

Context. China continues its transition to a sustainable growth path. Rebalancing has progressed on many dimensions, particularly switching from industry to services and from investment to consumption, but less on reining in rapid credit growth. Reforms have advanced impressively across a wide domain, but lagged in some critical areas, and the transition to sustainable growth is proving difficult, with sizable economic and financial volatility. Vulnerabilities are still rising on a dangerous trajectory and fiscal and foreign exchange buffers, while still adequate, are eroding. Outlook. The near-term growth outlook has improved due to recent policy support. But the medium-term outlook is clouded by continued resource misallocation, high and rising corporate debt, structural excess capacity, and the increasingly large, opaque, and interconnected financial sector. The apparent challenges in implementing a clear and decisive reform path add to concerns that China may exhaust its still-sizable buffers before the economy changes course sufficiently.

Strategy. While the challenges are still manageable, urgent action is needed to ensure they remain so by reducing vulnerabilities while supporting new, market-based growth. This means slowing credit growth by tackling its root causes—the pursuit of unsustainably-high growth targets, soft budget constraints on SOEs and local governments, the web of implicit and explicit guarantees, and excessive risk taking in parts of the financial sector—while maintaining macro stability. Key elements:

“The new normal means… a farewell to the unbalanced, uncoordinated and unsustainable growth model” (Premier Li, 2016). But the transition is proving difficult and bumpy.

2. Reform progress continued on many fronts, especially in improving the monetary and fiscal frameworks, and supporting urbanization (Box 2).

3. The government adopted a new five-year plan (2016-20), centered on rebalancing the economy. It aims to boost consumption, expand the service sector, protect the environment, further open up the economy, expand public services, and reduce poverty. The government has also announced elements of a reform plan for SOEs and capacity reduction targets in the coal and steel sectors (10–15 percent of existing capacity over the next 3?5 years), together with a RMB 100 billion restructuring fund to re-employ and resettle an expected 1.8 million affected workers. However, in many areas, especially SOE reform, more details and guidelines are awaited.

Read the full report below. 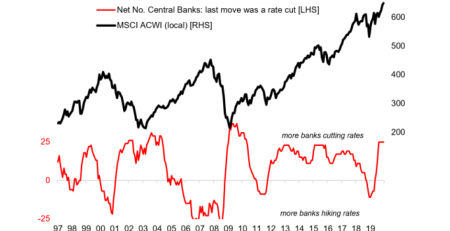 “The End of Year Special Edition takes a different format to the usual weekly slide deck, and presents you with highlights, reflections, and some of the best charts of... read more

Horseman Global:  emerging market airlines might be about to share the pain with both air leasing companies and aircraft manufacturers One growth area for the finance sector over the last... read more

H/T Barry Ritholtz, The Big Picture Executive Summary The Cyclically-Adjusted Price-to-Earnings Ratio (CAPE) is bumping up against values that have previously preceded major market declines. Some observers take this to mean... read more

Further coverage from the 9th Annual Value Investing Congress continues now. Michael Castor, Sio Capital: is the next speaker today. The topic of the presentation is the 'Accounting Game'. Prior to... read more

Hedge fund investors have had difficulty since the onset of the 2008 financial crisis, with a notable deceleration of fund returns and higher than expected equity correlations. With this... read more

Global Investment Opportunities: Fit And Focused by PIMCO We listen to our clients’ input on a wide range of topics – including about our investment commentaries. Some clients have suggested... read more 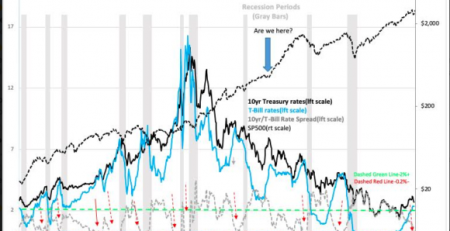