It appears that Andrew Hall, the (iin)famous oil trader, is finally giving up on his prediction that the price of oil will return to $100 a barrel in the near-term.

Hall, whose record profitability in oil trading has earned him the nickname ‘the Oil God’ has been claiming that oil will return to $100 a barrel since the price of the commodity began its decline during 2014. But in a letter to investors of Hall’s hedge fund, Astenbeck Capital at the beginning . . .

In honor of Nokia Corporation (NYSE:NOK) (BIT:NOK1V) (HEL:NOK1V)'s oversized share price gain today, we are looking over the picks from big shortsellers that have been the most painful throughout... read more

Omni Macro Fund netted a return of 0.67% in May, bringing up the year to date gain to +2.7%. In the monthly letter reviewed by ValueWalk, Omni's managers seemed... read more

Europe's political and monetary union has not got long left, according to Kyle Bass. The Hayman Capital founder made the comments today on CNBC's Squawk on the Street. The... read more

Betting against US Treasuries seems to be the hottest trade on Wall Street. The selling which began at the beginning of November, after Donald Trump’s election as President of... read more

Brexit Roadblocks, Potential Blowback For UK, From Financial Theorist Pete Kyle by University Of Maryland SMITH BRAIN TRUST — The debate over whether Great Britain should exit the E.U. —... read more

This is the final part of a five-part interview with Zeke Ashton Portfolio Manager and founder of Centaur Capital Partners. The interview is part of ValueWalk’s Value Fund Interview Series. Throughout... read more 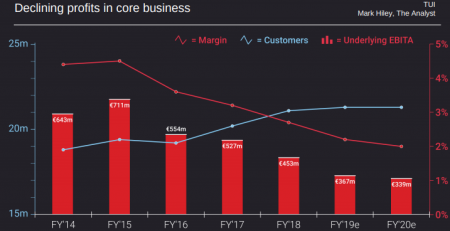 Tui Travel: What You See Is Not What You Get – Short Pitch

In 2014, two of the world's largest travel companies announced that they had agreed to terms on a merger. London-based TUI Travel announced that it was merging with TUI... read more

A Tough GDP Report, But Look At The Big Picture by Polina Vlasenko, PhD, Senior Research Fellow - AIER In the second quarter of 2016 the economy’s output, as measured... read more