Tony- foriginated, direc tlendign, strucutred products group is going wher ebanks are leaving. There is reasonable yield to be had. Lending ot the middle market ocmpanies

Mudrick – we have about 20 core positions. Invested 20 m in diverseified criedit, we have a lot of energy, retail mining, lot of legacy LBOs. (in nov)

Tony, ares: mostly in senior securities… we know hat we will be as well positioned as one can be when and if they do (rates go up)

Boax – liquidity and high yields ahs always been suspect… but soemthing ahs changed… there is a trifecta problem brewing. Not only did dealiers exit from propiretary side, but even the market markes themselves are no logner able to hold bc of risk klimists, you have teh banks leaving, and a lot held in mutaul funds and retail, and thir dthing is credit ahs grown

These bid offer costs have showne in ETFs..everythime there’s an outflow… when people are beidding they re bidding with extra margins of safety. The market goes up and inflows fomce in then they also have to have an auction when it’s hard to buy. These transaction costs have costs the ETF 200 bps  33:00

Why is yield so low:

Bc the closed end bond fund market is almost a paralle market to junk bonds.. You don’t have to worry about these transaction costs where people going in and out daily hurt the funds.

Mudrick -d istressed credit. Small. We sift through industries that are beaten down to find attractive/risk reward.  35:36

We were early (on energy distressed)

Where opportunitesi: a little earlier in the yaer i saw things i hadn’ts een in a decade. Energy got ihit so hard on the credit side, sign o fhow imporatnt tehcnicals are, but in many cases the market cap remained over 1B, but some of debt was at 12 cents on the dollar… with a little bit of of efoforts, those kind of RV holders, how can a bond holder ge 3x its’ money over 3 years but stock has over 1B (paraphrase)

And their quieties hav been hait hard. But the entry point is such that should short

Buy the bonds at 33 cents, and sell a bit of sotck to fully hedge fyour recovery assumption.

Sometimes company gives you stock instead of cash (isisuing equity to buy back debt)… wherea before it had been issuing debt to buy back equity.  42:46

It’s so maddening we have this world bc of new neg yileds t=caused people to say that other things look good by comparison… so that makes things that are overalued look sane even though they might be overvalued.  !!

The consensus in the indsutry is that this sis going to end terribly , but it’s not going to happen in the next six months.. The idea that people are going to get out o f way of this porblem, of hwat happens when neg yields bceome positive or low yileds become positive, the losses are??.. Where the excess is great.. Is in japan. In japan bc there is so little yield investors have rsorted to buying notes whose ultimeate repayment isn’t linked to credit but related ot sony stock….rea lylly it’s an equity option theyve’ old. That’s led to implied volaitily being low, thye’v erosrted to selling that volatitly, and we’ve bought it as a tail hedge.

At least six months of rallying in bonds – consensus at conference boz went to (at goldman)?

The problme is going to be that yields are goin got go up.. You can sell donw some o fyour duration, volatily as an asset class is under invested in. usually you don’t own it bc it’s epxnesive. Right now it’s inexpensive. 46:01

Just bc banks have stepped up has mad evolaitlity go up

95% of the assets we’re investing in are in US and europe… we see pretty solid performance. ..We’re not ass horrified as others in temrs of the US economy. We think we’r edoing reasonbly well

Volatility is going to go up cbof eletion in nov. trump more so. Bc he’s a more voalitile person who would sit iN WH
Mudrick – trump presidency is good for gold though (markets don’t like uncertainty) 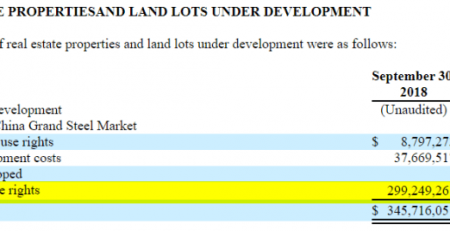 Sell Emerging Markets? Outflows Hit Nine-Month High Is it time to sell emerging market equities? According to Morgan Stanley's Asset Managers May 13, 2016, flows report it might be time... read more

CTA trends following trades are set to have a choppy few months ahead as markets move erratically across the globe. CTSd who trade managed futures have continued to underperform... read more

Dear Mr. Buffett: The Case for Veidekee from ABG Sundal

Dear Mr. Buffett Please find attached our analysis on the Norwegian construction company, Veidekke. Having read through your thoughts on investment, we are certain you will find this company attractive. “Demonstrated... read more